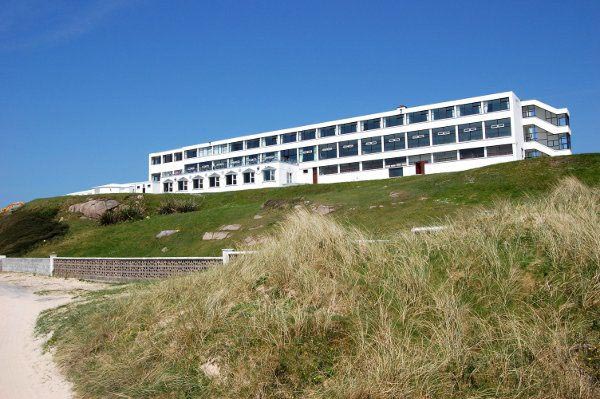 PLANS for an ambitious regeneration project in west Donegal are set to be submitted for approval to Donegal County Council in the coming days.
The Bunbeg Revitalisation Project being developed by Vesada Private will see a €20 million investment to include the former Ostan Ghaoth Dobhair and Seaview Hotels.
With a planning application set to be lodged, Vesada Private has presented details of the full project to local councillors and Council officials.
Des Connolly, Financial Director, Vesada Private Limited, explained that when completed the project will give the area a renewed lease of life and attract more visitors by “showing all of the magic” that west Donegal has to offer.
“It has been delayed a bit due to Covid but we hope to submit the plans for the Seaview Hotel as part one of our revitalisation of Bunbeg project in the next few days. We look forward to delivering this 81 bedroom hotel within nine months of the approval of planning.
“We are reliant on the continued good will of the community which we have had in abundance from day one and hope to have in the future.
“We look forward to creating much needed employment in Gweedore and its surrounds and providing much needed accommodation for the area which should enhance all local businesses both existing and hopefully new start ups,” Mr Connolly said.
He added that the project has been almost three years in the making.
The well known Sea View Hotel at Magheraclogher, Bunbeg, which closed in January 2015, was put on the market later that year with an asking price of €250,000.
Located on the main Derrybeg to Bunbeg road, the hotel was originally constructed in 1958 and later extended in 1970, 1980 and 1996.
The hotel was extensively refurbished in 2001 and 2003. The property comprises of a two storey hotel with single and two storey extensions to the rear.
Internally, the hotel provided 37 guest bedrooms with en suite bathrooms, lounge and public bar, two restaurants, night club venue, kitchen and various staff and office accommodation.
Phase two will see the redevelopment of the Ostan Ghaoth Dobhair site. It will include a leisure and activity complex with own-key luxury self-catering apartments, a restaurant and bar.
The doors of the Ostan have remained closed since receivers acting on behalf of the banks put the 32-bedroom hotel up for auction almost five years ago with a reserve price of €590,000.
Six adjoining holiday apartments and a leisure centre with swimming pool on 76 acres were also included in the lot.
Sinn Féin councillor for the area, John Seamais O’Fearraigh, said that the investment would boost tourism, create up to 80 local jobs and also provide recreational amenities for tourists and for those living in the area.
“We have been shown the ambitious plans for the Ostan and Seaview with spends of €12 million and €8 million respectively.
“In the past, accommodation has been a huge issue in the area but with the nearby An Chuirt hotel reopening under new owners in recent weeks this further investment is a huge boost,” Cllr O’Fearraigh said.