FOR the first time in its history the Mary From Dungloe Festival will go virtual this year with an online crowning ceremony on the August Bank Holiday weekend.
Following the disappointment of last year when the annual pageant was cancelled for the first time in its 53-year history, the organisers decided a virtual event was the way to go with six contestants in the running to be this year’s Mary.

Speaking to the Donegal News this week Mary From Dungloe Committee Chair, Anthea Atkinson said it has been a huge learning curve to move the event online.

“We decided we didn’t want to miss another year and we couldn’t have the full blown ten-day festival so we decided to hold the contest itself,” said Anthea.
“We had 20 applicants. They sent in a 15 second video of themselves and the decision on the finalists was based on that.
“We went with six finalists in order to keep the numbers manageable and to allow for social distancing.”

Anthea said the judging was based on the girls’ personalities and having since met them in person she said the team are delighted with the finalists they have chosen.
“Even in their 15 second videos their personalities shone through. They came up with something different in their videos that made us notice them. We got a real feeling of warmth from them,” said Anthea.

The contestants this year include Maghery’s Elaine Boyle who is this year’s Dungloe Mary. 20-year-old Elaine studied early care and education for two years and currently works full time as a child practitioner in the pre-school age group. She loves country life and every year she halter trains young cattle for exhibiting at agriculture shows. However, her biggest passion is jiving and was taught by her mother at a very young age. 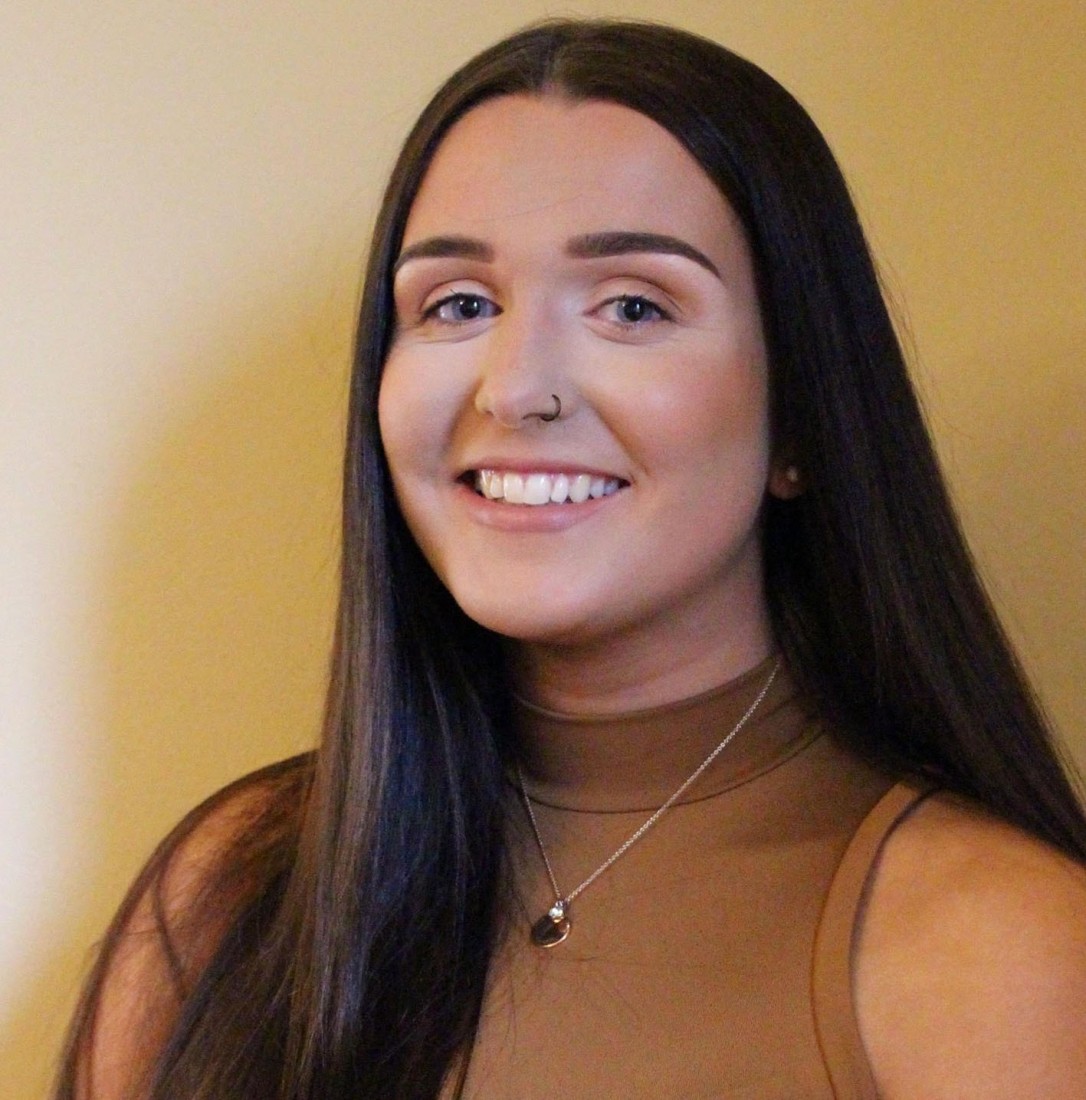 Letterkenny-based Laura Ganley is the Roscommon Mary. The 22-year-old has spent the last four years in Letterkenny studying intellectual disability nursing. She is a four-time all-Ireland sean-nós dancer and has performed and taught all over the world including America, England and France. Laura is also a sean-nós singer and performs at shows, concerts and rambling nights. She travels to Lourdes each year as a volunteer carer with the Irish Pilgrimage Trust bringing young people with disabilities and illnesses for a week of respite and is also a volunteer buddy with Enable Ireland. 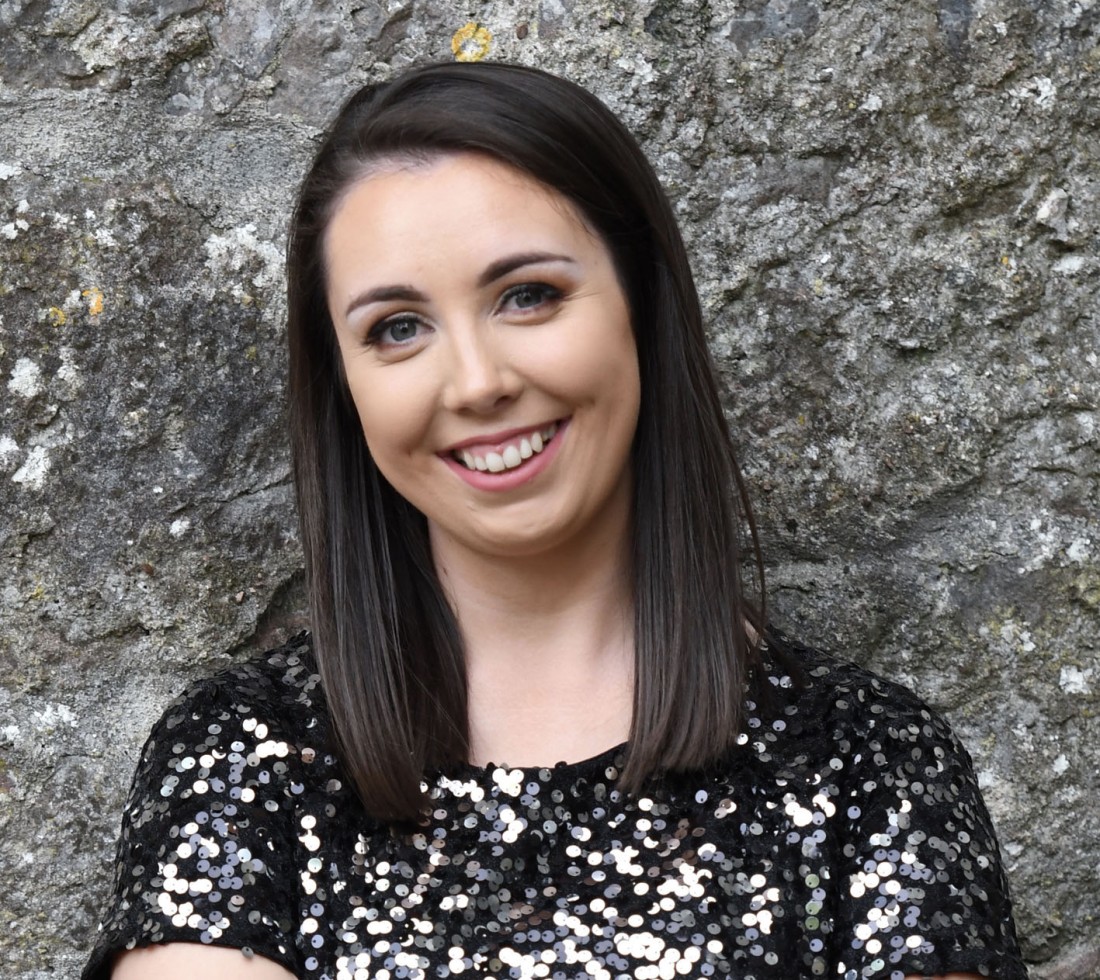 The youngest contestant is the Donegal Mary, Erin Gallagher. Erin is a singer and has entered competitions, performed at local festivals and won the Scór county final. During lockdown she began a music page with her sister on Facebook and on Instagram (@music.gemz). 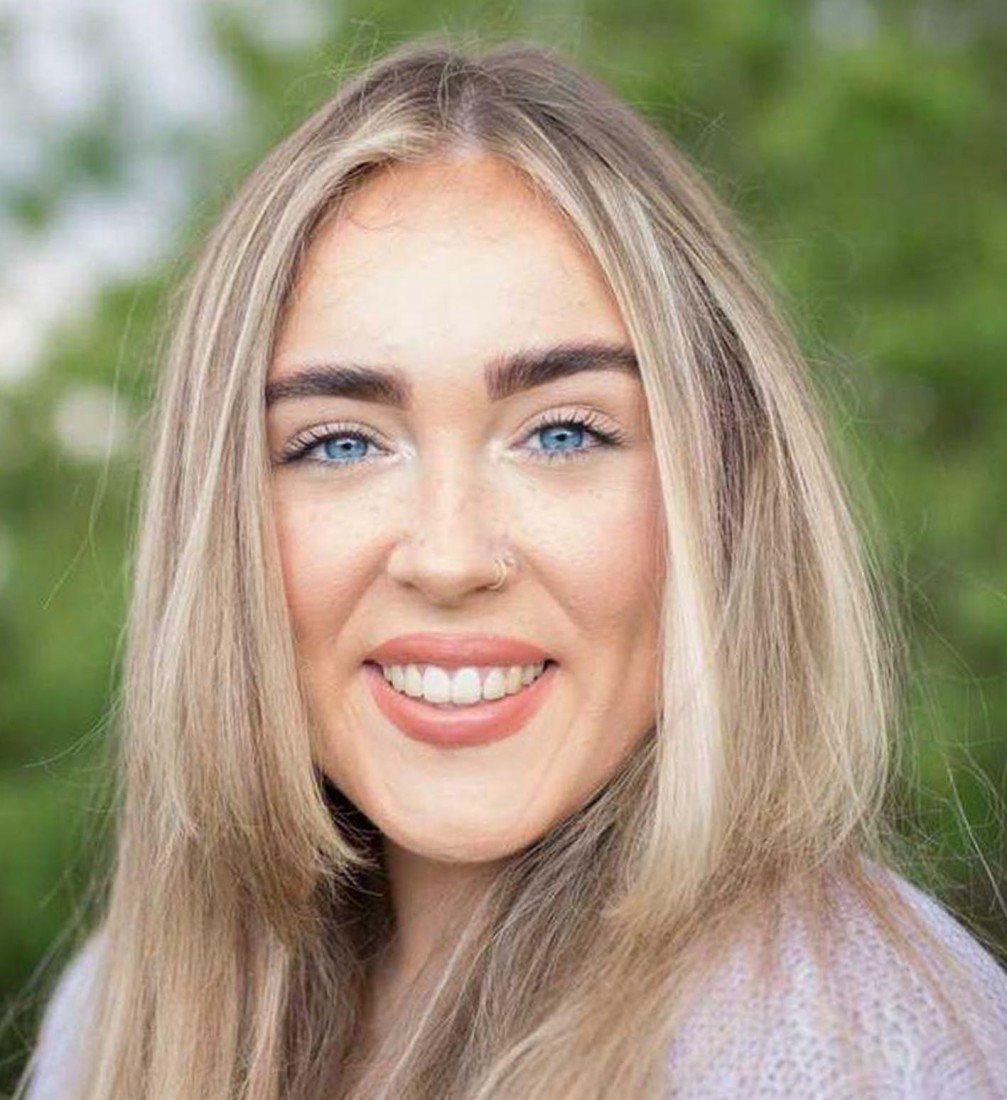 The Pleanála Teanga na Rosann Mary is 22-year-old Alannagh McGlynn. Alannagh is from Dungloe and in 2020 graduated from Dublin City University with a degree in law and French. She recently sat exams with the Law Society of Ireland and is a singer in a local Irish traditional band, Fior Uisce. 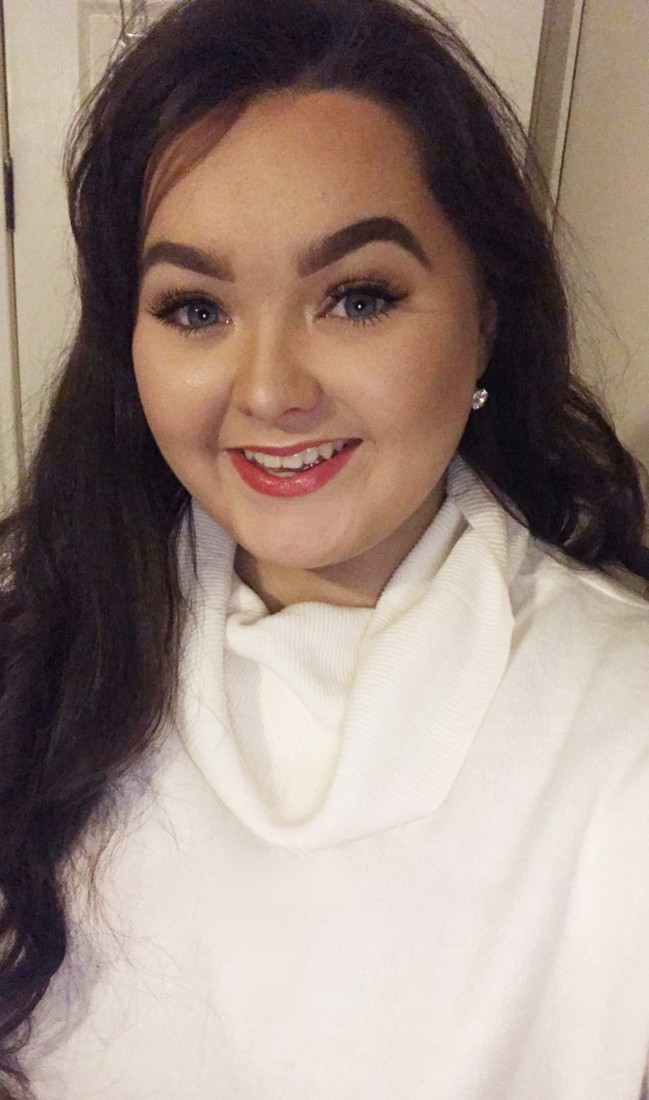 21-year-old Tieran Maguire is the Offaly Mary. Tierna is studying primary school teaching and her goal is to work in special education when she qualifies. Tierna is talented at Lámh, a sign language used by some children with autism and Down Syndrome to communicate. 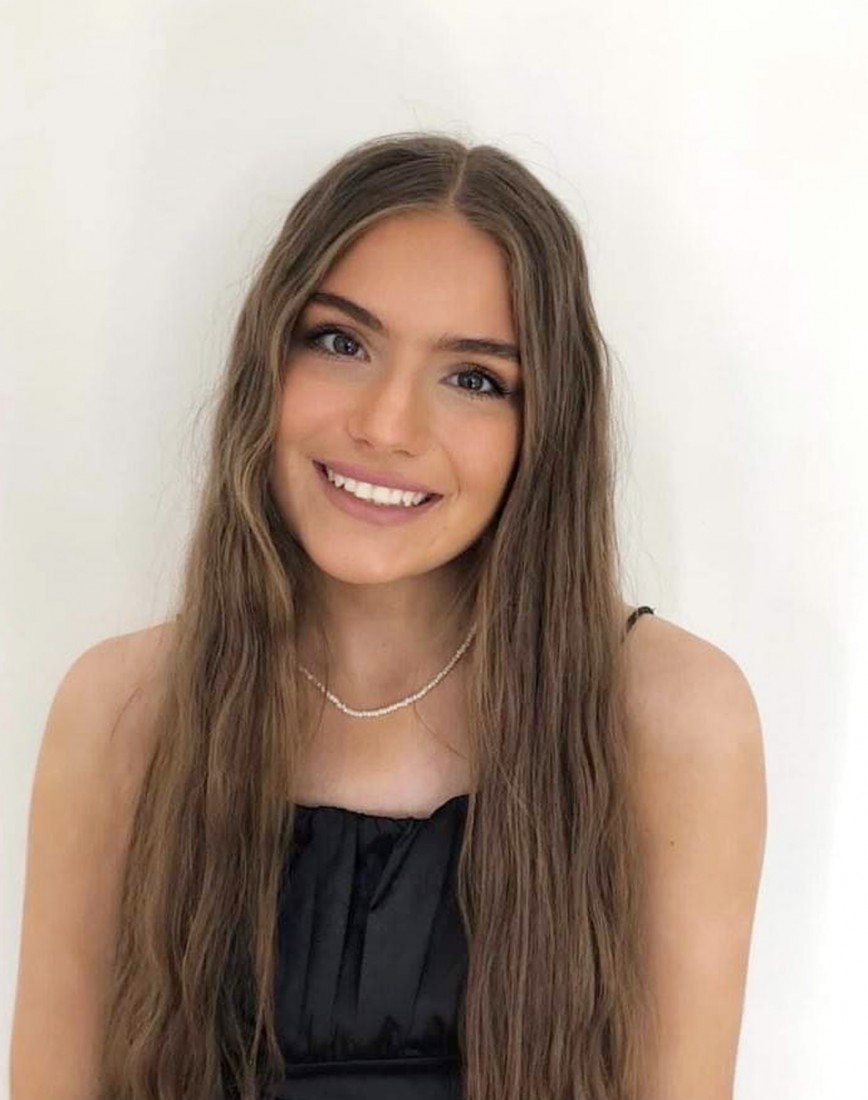 Imedla Morrissey, aged 23, is this year’s Waterford Mary. She recently finished studies in Social Science and currently works in Waterford Institute of Technology with the student life and learning department and hopes to become a speech and language therapist.

A keen kayaker she has been part of the WIT kayaking club for the last four years. She has volunteered with Foroige, Waterford Comhairle na nÓg and the National Youth Council of Ireland and has represented Ireland in the parliament in Brussels and Strasbourg.

Speaking about this year’s festival Anthea said there is a big emphasis on promoting Donegal as much as possible. The MC for the event is Buncrana model Grainne Gallanagh, the production company is Burtonport based Re-Act Productions and this year’s crown has been designed by Donegal trio – Brónach Harkin, Robyn O’Donnell and Orlaith Doherty, winners of Junk Kouture 2020.

Donegal Person of the Year Noel Cunningham will crown the winner during the online event which will go live on Facebook on August 1 at 8pm.
The contestants will perform their talent and be interviewed by Grainne who was crowned Miss Universe Ireland in 2018.
The judges include business owner Crona Byrne, medical scientist and owner of accessories brand Laveesha, Louise Breslin, Senior Marketing Manager at Promise Gluten Free, Mary Horkan and Head of News at Highland Radio, Greg Hughes.
The winner will receive €1000 and a trip to take part in the New York St Patrick’s Day Parade 2022. 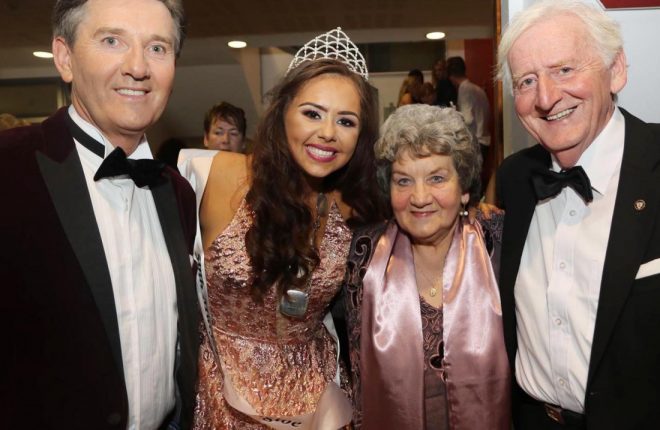 GALLERY – The week in pictures

Have a look at our gallery to see photographs from around the County in today’s Donegal News. Related posts:...