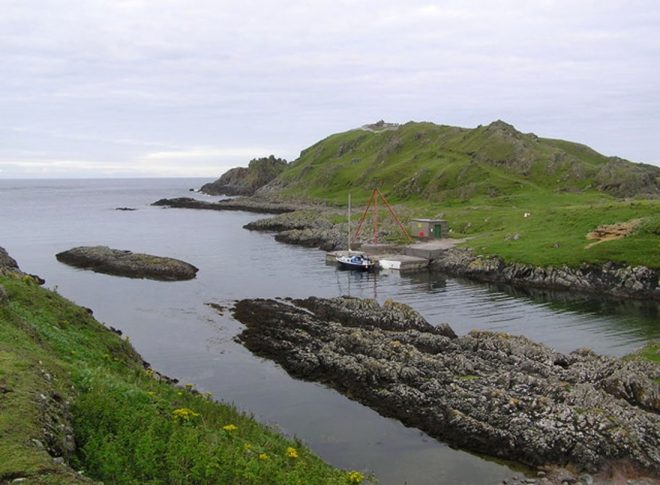 FUNDING has been sought to provide a new ferry service between two more Donegal islands and the mainland.
It is hoped that Inis Meáin and its nearest neighbour, Inishsirrer, will join Tory, Arranmore, Gola and Inishboffin in being linked to a regular ferry service next summer.
The issue was raised at the latest meeting of the Donegal County Council Islands Committee.
Inis Meáin is a summer-only inhabited island which lies one kilometre west of Port Arthur off the Gweedore coast. It sits approximately 800 metres south of Inishsirrer and a kilometre east of Umphin island.
The island was originally populated until the mid-1960s and then abandoned due to the general hardship of living there. In more recent times half the island’s homes at the pier have been renovated and there is no mains water or electricity on the island.
Cllr John Seamais O’Fearraigh believes that island hopping off the Donegal coast will become the ‘next big thing’ on the Wild Atlantic Way.
“There’s no point looking at the islands from the harbour if you can’t get out to them. Now is the time to put proper services in place. We have applied for some funding in next year’s budget between Donegal County Council and Roinn na Gaeltachta to put an islands ferry in place.
“We’re looking at Inis Meáin and Inishsirrer and a number of smaller islands as well. Many of them are depopulated but people still like visiting and I can see it really taking off next year. Put a service in place and the tourists will come,” Cllr O’Fearraigh said.
Last month a new ferry service was launched from Magheroarty Pier to Inishboffin island.
“They’re starting to develop public toilet facilities on Inishboffin which will be of great benefit because it is going to be the next island off the Donegal coast to really take off. They have a new ferry service which runs three to four times a day. It’s fantastic for the tourism and the island and I can see big developments on that island in the coming years,”
Meanwhile, the Council has confirmed that it is looking at ‘two to three’ sites on Gola island to develop public toilets.
“There’s two Port-a-Loos there at the moment but they need something permanent in place ahead of next summer. If there’s sites identified it’s time for them to get on with it and build toilets,” Cllr O’Fearraigh said.
Members of the Islands Committee have also asked Roinn na Gaeltachta to put money in place that will allow a barge to transport materials to the various islands three to four times a year.