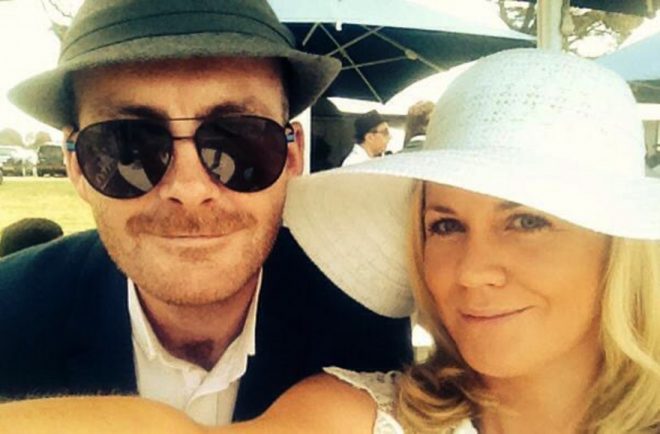 A DONEGAL man is spending tens of millions of dollars to help bring back vibrancy and excitement to one of Australia’s largest cities.
John Cunningham from Ardara is Head of Creative Urban Places at the City of Melbourne. His team have come together with the Victorian Government to deliver Flash Forward, a programme to transform 40 of the city’s historic lane ways with stories, visuals and acoustic designs.
Flash Forward aims to give artists and musicians paid work – especially those who lost work due to Covid-19 restrictions – and to support local businesses.
Flash Forward will help 40 artists and 40 musicians make beautiful music. A total of 155 creatives are being engaged, receiving up to $20,000 to realise their visions.
“Think of the recent Cathedral Quarter and the Bumble Bee street art murals in Letterkenny and then give it a $8.5 million spend. That’s what we’re doing here in Melbourne,” he said.
The programme has created more than 160 jobs for people, including designers, music producers, lighting specialists, graphic designers, technicians and maintenance workers.
“Artists will remake alleyways without a brief and musicians receive the financial backing to record a new album, get a run of it pressed on vinyl and then play a free show in one of the freshly painted alleyways, teamed up with a vibe-adjacent artist,” he explained.
“Melbourne is the sporting capital of Australia but it’s also the creative capital and we’re spending ten of millions of dollars to revitalise the city. It’s extraordinary.
“Research has shown that for every million we put into creative public spaces the city gets back $4.5 million,” he said.
The son of John and Maureen Cunningham, Wood Road, Ardara, John has five sisters Anne Marie (Kildare), Cliona (Melbourne), Rosaleen (Sussex), Fionula (Ardara) and Isobel (Glenties) and one brother Daniel (Malawi).
“My job is to make a compelling case, get the money and help make these projects happen,” he said.
The former Deputy Director of the Regional Cultural Centre in Letterkenny, John took a four year break from his employment with Donegal County Council to travel to Australia in 2011. He was the director of McClelland Sculpture Park, the home of Australian Sculpture, before taking on his current role three and a half years ago.
“Melbourne is a fascinating city with so much history and to be in the middle of that is so, so exciting,” he said.
“We’re trying to understand and negotiate with the traditional Aboriginal owners of the land, to understand the present and to look forward and predict what things make look like in one hundred years time.
“We’re living and working in the most diverse, multi-cultural place on earth and I’m privileged as an Ardara and Donegal man to be playing a small part. We have 178 projects to finish by mid-September as part of our Covid response work,” he said.
“Donegal is unique to the rest of Ireland and it’s great to get the opportunity to apply principals learned growing up in the county to a city like Melbourne which is home to more than five million people,” he added.
John’s partner, Aoife Dalton from Crievesmith, Letterkenny, works with the Department of Justice and Community Safety in Melbourne. She celebrated her fortieth birthday last week while John will turn 50 next March.
“We’ve been thinking a lot about home these past few days. Growing up in Ardara my neighbour, the late Maureen O’Rourke, was a massive influence on me as were the likes of Phonsie Bennett, Johnny D Earley and John Michael O’Donnell as underage GAA managers. They taught me a lot and it’s funny that here I am – in my 50th year – thinking of myself as an eight-year-old,” he said.
“Aoife had hoped to go away with friends to celebrate her birthday but with lockdown it didn’t happen.
“We haven’t been home in more than two years now and we would go back in a heartbeat. We would like to stay longer at home next time and maybe do some volunteer work.
“My dad is from Glen and mum’s people are from Glengesh and I find myself thinking more and more about Donegal these days.
“Melbourne is an exciting city. It’s compelling and the opportunities that Aoife and I have here we probably wouldn’t get back at home. But it’s frantic. It’s noisy and I can’t wait to get back to the peace and quiet that is Donegal and help with any skills that we can.”
In the meantime, John will continue to play his part in making his adopted home even more vibrant, more welcoming and more attractive as people prepare to explore the city again.