LIFFORD publican Geraldine Vambeck has described her decision to buy into the local dog track as a “no brainer”.

Ms Vambeck, who runs the Central Bar in the town, was one of the last people to join a consortium planning to resurrect the greyhound stadium.

The Donegal News revealed recently how Greyhound Racing Ireland is in discussions over a licensing application for the track.

If the application gets the go ahead, those involved in the venture say they hope to have dogs racing in Lifford again by late September.
Outlining her reasons for getting involved, Geraldine Vambeck said she wanted to be part of a project that will create jobs and enhance tourism along the Donegal border.

“One look at the business plan and the list of shareholders made it an absolute no brainer,” the pub owner said.

“I’ve been a long-time supporter of the dogs and this team has some great ideas for the venue when they are not actually racing which means even more local jobs.

“It’s obviously wonderful news for the cross-border tourism industry because everyone loves a night at the dogs. And now by looking after the punters with the odds, many more people will be leaving the track and actually showing a profit.

“I couldn’t find a single negative in what they plan to do and I’m sure they will get the license and open for racing as soon as possible.”

Ms Vambeck is one of 20 shareholders involved in the drive to re-establish Lifford dog track on the Irish greyhound circuit. 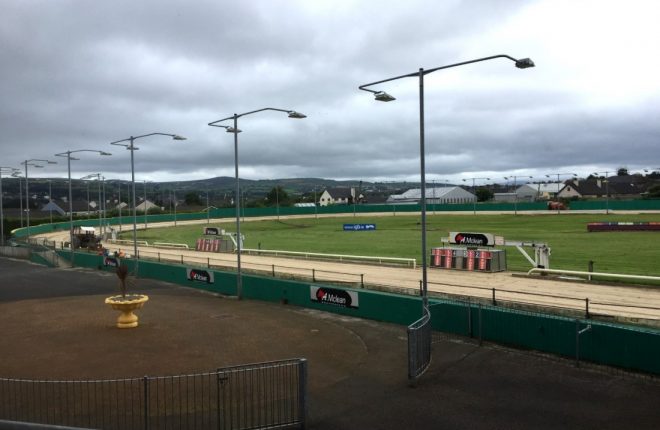 The consortium hopes to have dogs racing in Lifford again before the end of the year.

Also among them is Strabane man Seamus White who has been appointed director of Lifford Greyhound Racing Club. He described being part of its resurrection as a “dream come true”.

“I was there for the closing night in August 2019,” said Seamus.

“It was a sad night and a big crowd turned up with everyone wondering what would happen to the fantastic stadium and the impact its closing would have on the economy.

“When I heard about the consortium of investors and the chance to get involved I must admit it was a dream come true. I have worked on many big pharma projects during my career but always had the fondest memory of being the video cameraman at Lifford as my first job.

“Our family in Strabane/Lifford has been associated with greyhound racing from the earliest days of Lifford. I am confident that the team assembled has the perfect mix of skills to make Lifford one of the key attractions in the north west and as the owner of two retired greyhounds myself I love the plans for the welfare of the dogs as well.”

As well as the racing track, the consortium plans to revamp all associated facilities including the restaurant. 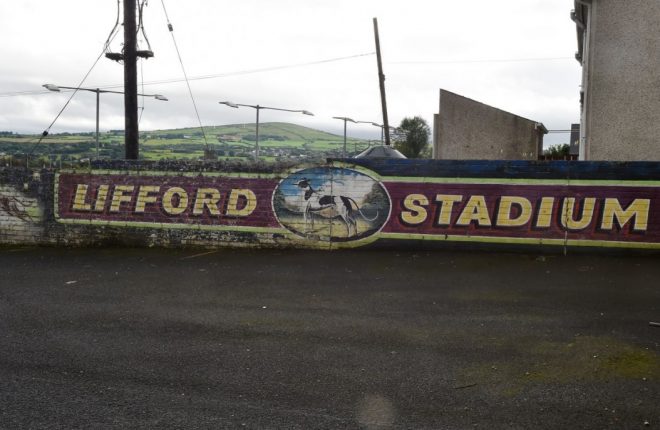 The entrance to Lifford greyhound stadium.

Liam Shiels and Sean McLaughlin who run the Old Docks Bar and Grill Restaurant in Derry have signed up to handle the catering element of things.

“We wanted to get involved as soon as we heard who was behind the bid and were blown away when we were shown around the new main stand.

“It has so much potential and with everyone in the town having such fond memories of the track we feel privileged to be playing a part in its revolution and providing dozens of local jobs.

“With Covid restrictions to be eased soon their timing couldn’t be better and we are totally behind the idea of all tote players getting much better odds as its sure to add to the atmosphere. 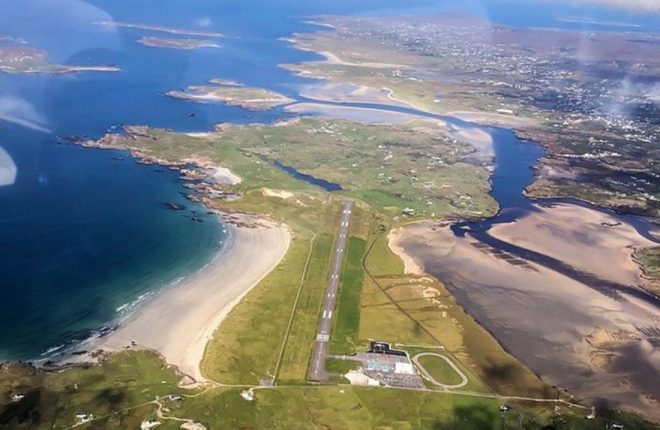