The make up of the five local municipal districts has started to take shape with Fianna Fáil’s Councillor Gerry Crawford elected as cathaoirleach for the Lifford/Stranorlar area.

Fine Gael’s Barry Sweeney has been appointed to the role of mayor in the Donegal Municipal District while in Letterkenny and Milford, Fine Gael Councillor Jimmy Kavanagh will don the mayoral chain, taking over from Councillor Donal Coyle of Fianna Fáil.

In the Glenties Municipal District Marie Therese Gallagher of Sinn Féin has been appointed cathaoirleach and in Inishowen Bernard McGuinness of Fine Gael will take up the post. 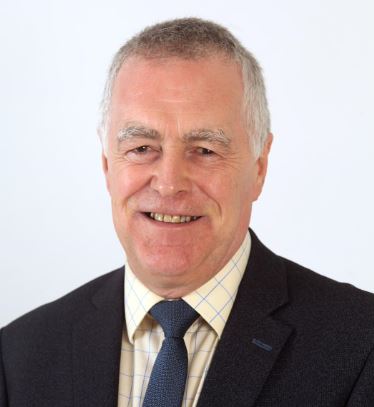 Councillor Jimmy Kavanagh who is set to replace Donal Coyle as mayor of Letterkenny.

His appointment will still have to be ratified when the local authority meets on June 30 and if that happens he will replace his Inishowen counterpart and Fianna Fáil representative Rena Donaghy who has been mayor since June last year.

Councillor Murray has been a sitting member on Donegal County Council since 2011 when he was co-opted to replace Pádraig Mac Lochlainn following his election to the Dáil.

The Buncrana man was chosen as mayor of Inishowen for 2017 but this will be his first spell as the county’s cathaoirleach.