A derelict Letterkenny house being used as a drinking den has been described as a “disaster waiting to happen”.

Firefighters and gardaí were called to Ard Colm Cille last Tuesday following a fire in the shed of the property which has been empty for at least 15 years.

A group of young people were spotted shortly before the alarm was raised.

Charlene O’Donnell lives across the road from the dilapidated house and says it is not the first time the emergency services have been called.

“This is a quiet area and everyone who lives here has been here since the estate was built,” said Ms O’Donnell.

“But this particular house is an ongoing problem and last year the gardaí were here steady. At one point you had young people up on the roof of the shed and all I could think was what would happen them if it gave way.”

It was Ms O’Donnell who alerted the Fire Service to Tuesday night’s incident.

“It was only by pure chance that I spotted the smoke. What if the next time they get into the actual house and light a fire there? That is my fear, for the lady who lives next door and her sister.” 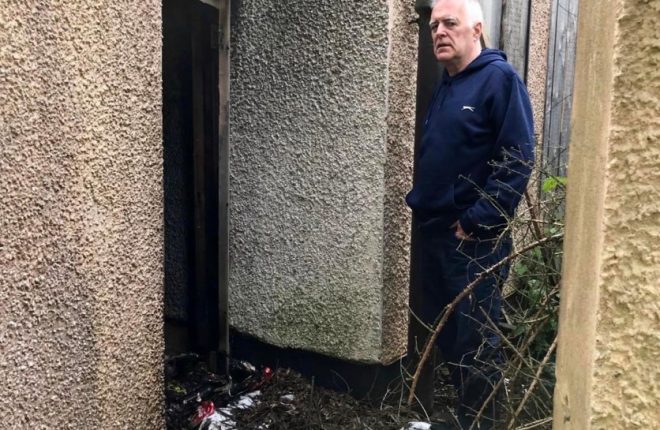 Councillor Jimmy Kavanagh outside the shed which was set alight. He has been in contact with the property owner about getting the house and gardens secured.

Councillor Jimmy Kavanagh spoke with the owner of the house who lives in County Tyrone. She said she has plans to sell but did not give details of when.

Councillor Kavanagh said that given the 15 years the property has been empty, Donegal County Council needs to look at taking it over.

“This a very quiet residential area and I know from speaking to the lady who lives next door to this house that she is terrified. It has been empty for a long time and last year I did get the council to cut back the weeds and grass that had grown up in the back garden. But something more long term needs to be done because this is a disaster waiting to happen. People shouldn’t have to live in fear.”

One avenue to securing the house could be a compulsory purchase order, Councillor Kavanagh suggested.

“It might be that we need CPOs for buildings like this so they can be brought back into use, particularly when you consider we have thousands of people on our housing waiting list. It’s probably not a simple process but after 15 years, something has to be done.”

An audit of all derelict buildings in Donegal should be carried out, he said. 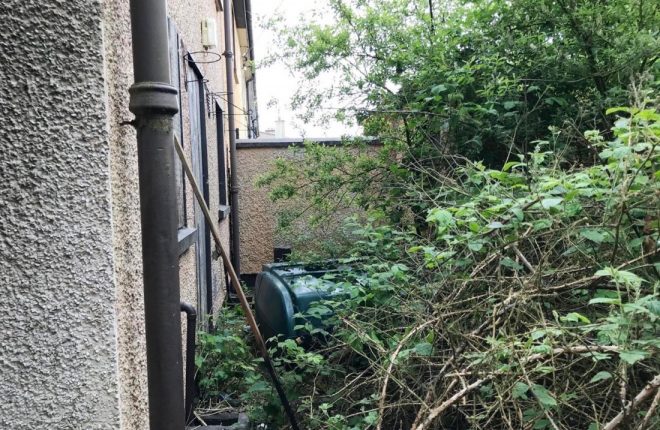 The badly overgrown rear garden of the house.

“I suspect there is hardly an estate in Donegal that doesn’t have at least one house like this,” he added.

Charlene O’Donnell said she just wants the problem property sorted out before things spiral into a major incident.

“I would like to see it sold and a nice family take it over because this is a lovely area to live,” Ms O’Donnell added