Dessie McLaughlin is a well-known figure in local soccer circles, and represented a number of clubs before moving into management and refereeing.

McLaughlin played with Swilly Rovers, Bonagee United, Milford United and Fanad United in the USL, as well as Rathmullan Celtic in the Donegal League.

He went on to joint-manage Rathmullan with Mark Curran and led the Seasiders to the CT Ball Division 2 title and the Milford Inn Division 1 crown in successive seasons. McLaughlin has also been a Donegal League referee for the past five years.

McLaughlin went up against some quality players during his playing days and has this week picked the best 11 (4-4-2) he has faced, with honourable mentions for Declan and Eamonn Sheridan, Martin McGinley, Paddy McGrenaghan, Davy Deery, and Bosco Gallagher. 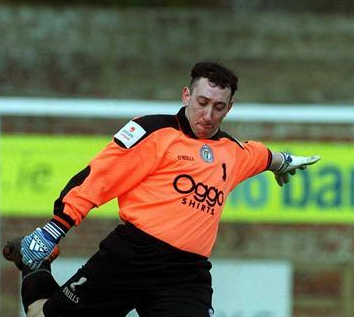 Damien Bradley (Finn Harps and Fanad United): Damien had great hands, was commanding and a brilliant shot stopper. He had a canny knack of making the goals look smaller.

Liam McLaughlin (Swilly Rovers and Rathmullan Celtic): Tough tackling, determined and an excellent passer of the ball – Liam was great at spotting danger and could also thread a pass. He was well able to look after himself on the pitch.

John McElwaine (Fanad United): Cool, calm and collected, John had everything. He was a nightmare to play against as you could never get the ball off him or get past him. He made things look so easy – simplicity personified. 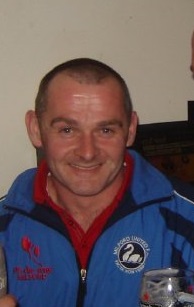 Sean Barrett (Milford United and Finn Harps): I was lucky enough to play more with Sean than against him during the early days, and at school level. He was a very strong and solid defender and once the ball was in the air, you may forget about it. He played remarkably well for Milford and that lead to him heading to Finn Park. No one forgets ‘Sean’s Ball’!

Paddy ‘Burger’ Patton (Finn Harps, Fanad United and Rathmullan Celtic): For the size of ‘wee Burger’ he had a great leap and won more in the air than he lost. He was an exceptional reader of the game and could spot danger before the attacker knew what he was going to do with it. Like John, he made the game look so easy. Not often was he named at left back, however, undoubtedly, Burger could play anywhere. An outstanding footballer. 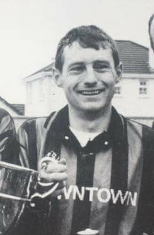 Kenny Harkin (Fanad United): Kenny was always busy running around the pitch with the technique, ability and ball control to add with it. He could mix it when required, another superb ball player with the skill to open any defence and he scored his fair share of goals too. A gentleman on and off the pitch. Total all-round footballer.

Anthony Gorman (Letterkenny Rovers): I didn’t get to play too many times against Anthony, however, I did at school level and from day one, you knew he had it all. A great player – strong, agile, superb skill and ability, and was always a step or two ahead. Anthony could change a match in a blink and also had the power shot to follow it up with, and he scored many a good eighteen yarder. He was a true professional, even at that early age. It was no surprise to me that he led the professional career that he did. A true nice fella into the bargain as well.

John Gerard McGettigan (Finn Harps): Another total professional in his approach to the game. John Gerard’s strength was a superb asset, and he could hold two players off at a time. Great knowledge and vision of the game, add the skill and ability to it and enough said. He is not a Finn Park legend for nothing. Unbelievably brilliant footballer. 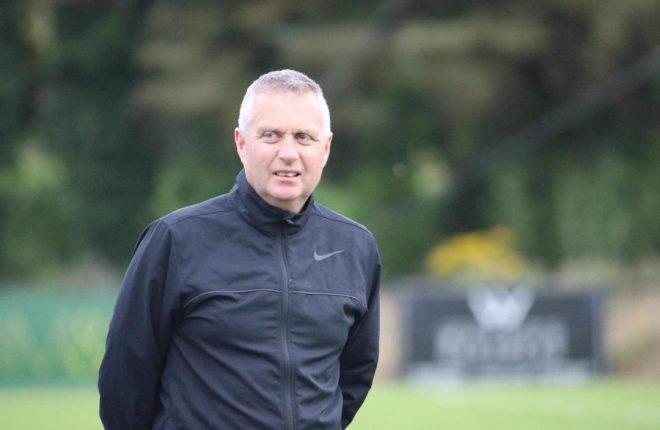 Liam ‘Keadue’ O’ Donnell (Letterkenny Rovers): Liam was a hard-tackling, hard-working, all over the pitch determined player. He always fought for the cause and had the ability to match. When I was starting in the USL, Liam would have been at or near his prime, many a good hard battle ensued between us for a few years after. He liked the old verbals on the pitch also. Liam could mix it well and look after himself and protect his team too. They don’t make them like they used to.

Con McLaughlin (Finn Harps and Milford United): Like a lot of players in this team, I played with Con for a period. It was against him though, that I believe, I saw the best of him and even at that, he would tell you he was nearing the end of his career. In the Milford team, he had a remarkable ability to hold the ball up and keep it close to him, many times on his own up front. Another outstanding reader of the game with great vision and always knew to be in the right place at the right time. Con could turn you inside out at will, and as for the goals, enough said. 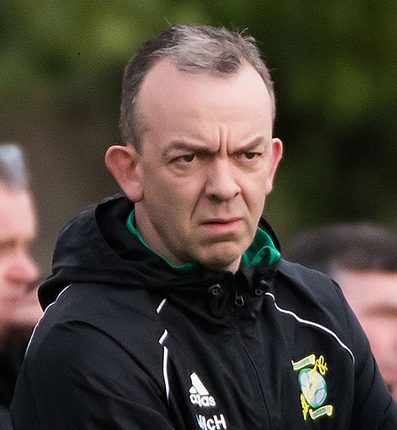 Michael McHugh (Swilly Rovers): I played with him for many a year at school level and the start of the USL time. Like Mr. Gorman, I never played too many times against Michael, however, any time I did, he changed the game. He also made the game look easy and he never ever seemed to be under pressure. Michael had the ability to hold up the ball and control it from unbelievable positions. Great deft burst of speed over five yards and could finish from anywhere. The majority of his goals were sublime. Without a shadow of a doubt, the best player I ever played with.