“TO talk of drama is to speak of the very essence of the Grand National, but in the long and compelling history of this extraordinary race there have been few finishes to match the breathtaking late, late surge by the favourite Rough Quest on whom Mick Fitzgerald seized the most spectacular of victories.”

So wrote John Karter for The Sunday Times of the 7/1 shot trained by Downings man Terry Casey in 1996.

It was, as they say, a thriller and as the runners go to post this Saturday for the biggest steeple chase in the world, no doubt commentators will look back on the magic masterminded by the duo of Casey and Fitzgerald a quarter of a century ago.

It could however have been a very different story of course as the stewards took 15 minutes to carry out an inquiry. And while a mere 900 seconds in real time, it undoubtedly represented the longest wait in the lives of Rough Quest’s rider, trainer and his owner, Andrew Wates.

As the history books show though, the decision came down on the side of the ten-year-old who clinched gold to become the first favourite to win the National since Grittar in 1982.

Sadly just five years after cheering his horse to victory on the biggest stage of them all, Terry Casey passed away at the age of 56 following a battle with cancer.

That too will likely form the backdrop for some of Saturday’s coverage as stars such as Fitzgerald and Richard Dunwoody recall the man described as “one of the nicest people in racing”.

Born in Downings, Terry Casey’s racing career began in the 1960s when he rode for Dunwoody’s father George before later moving to the Monaghan stable of Bobby Patton.

It was while he was with Dunwoody that he established a rapport with George’s son Richard who in those days was still only riding a pony. He would go on to become Britain’s champion jump jockey but in the 1960s a pony was about as much as he could handle.

Terry and Richard forged a friendship that would last over 30 years.

“They were wonderful days. There are times when I wish they had never ended,” Terry once told the Belfast Telegraph. 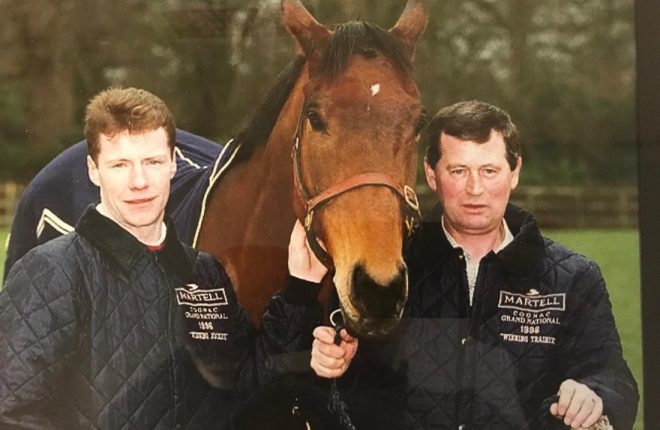 Terry and close pal Mick Fitzgerald, the man who piloted Rough Quest to victory in the ’96 National.

Terry Casey’s connection with the Dunwoody family began at Navan races one Saturday afternoon when he met George and asked him for a job because of an advertisement he had seen for stable staff in the Irish Field. George had no work available but recommended the young Donegal man to Billy McCully who was George’s landlord at the time. McCully was looking for someone to ride out his showjumpers and Terry fitted the bill.

It was while at McCully’s place in Newtownards that he began his jumping career.

His biggest season in those early days was 1967/68 when he rode all George Dunwoody’s winners.

As Terry grew he moved out of the saddle to become a trainer and eventually left Ireland for England. He always delighted in being able to give his pal Richard Dunwoody a ride on winners at some major meetings, a thank you of sorts for George’s help in the early days of his career as a jockey.

His first training success in Britain came in 1986 when winning the Whitbread Trophy at Aintree with the 20-1 shot Glenrue.

But it was a decade later that he enjoyed his season of dreams.

Rough Quest was no novice, having run the race of his life to finish second to Imperial Call in the 1996 Cheltenham Gold Cup. Mick Fitzgerald, the 25-year-old from Cork, was the man on board that day too.

Well weighted and in flying form, it was to no one’s surprise that Rough Quest was installed as favourite by the bookmakers. The National being what it is though and with 28 horses going to post, the reality is there were no guarantees.

Equally though, nothing could mask the confidence of the Rough Quest stable.

“I cantered him on the Tuesday after Cheltenham and that is when I felt we should go to Aintree. He was really sparkling, I’d never felt him go as well,” said Terry Casey prior to race day. 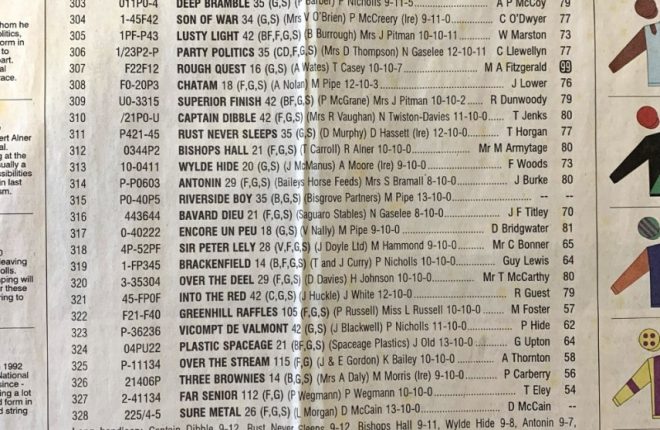 Some of the runners and riders in the ’96 National including the 1992 winner Party Politics.

The tape went up on the 1996 Grand National at 3pm and Fitzgerald, now well acquainted with the horse in his charge, settled at the back of the pack. He watched patiently as Sure Metal and Three Brownies cut out a searing pace before starting to gradually pick off his rivals.

It was a masterclass as Rough Quest moved through the field with remarkable ease and as they raced for the last, with David Bridgewater having taken a clear lead on Encore un Peu, the only danger was that Fitzgerald might hit the front too soon.

In the end though it was simply a matter of when he chose to hit the button.

As he rattled past Encore Un Peu he veered across, momentarily inconveniencing Bridgewater, and there were those watching who felt it could cost Rough Quest the race.

The majority though felt that to take the prize from him would have been a travesty, a mood shared by the judges who knew that the ten-year-old had won on merit.

Fifteen agonising minutes after a steward’s inquiry was announced, the result was declared.

“The placings remain unaltered, weighed-in, weighed-in,” came the booming voice over the Tannoy before being drowned out by the thunderous applause that echoed around Aintree.

It was a golden moment for the modest and unpretentious man from Downings as his faith in brave Rough Quest was vindicated.

During his career Terry Casey rode 46 winners, including a hurdles success on the aforementioned Grittar, the 1982 Grand National victor. He trained multiple champions, including Over the Road, one of two winners for him at the Cheltenham Festival.

Terry passed away on July 24 2001 in Somerset where he had been living with his partner Johanna. His death rocked the racing world which had become hugely fond of the softly spoken Donegal man and among the first to pay tribute was close friend Richard Dunwoody.

“Terry was an excellent trainer who had a natural affinity with horses and his faultless preparation of Rough Quest was a fine example of his talent,” said Dunwoody.

“He was a grand fellow in every respect and we enjoyed some great times together both on and off the racecourse. Racing was very much part of his life.” 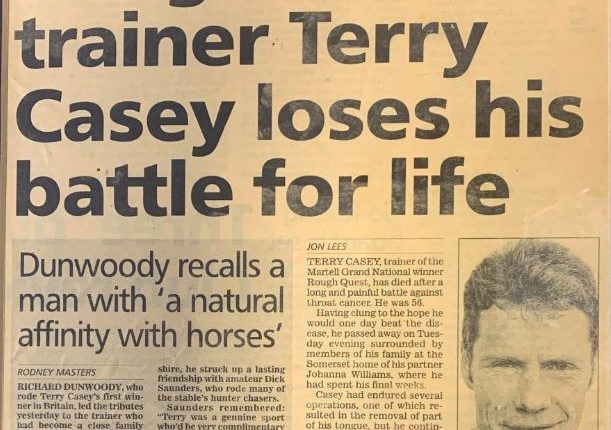 One of the many tribute pieces carried by the press following Terry Casey’s death. And while he shook the racing world, Terry was laid to rest in the quiet location of Carrigart.

Echoing the sentiment, Mick Fitzgerald added, “Terry was an absolute gentleman. He provided me with some of the best days of my career culminating in the National.”

Terry Casey is buried in his family’s plot of the cemetery adjacent to St John the Baptist Church, Carrigart. 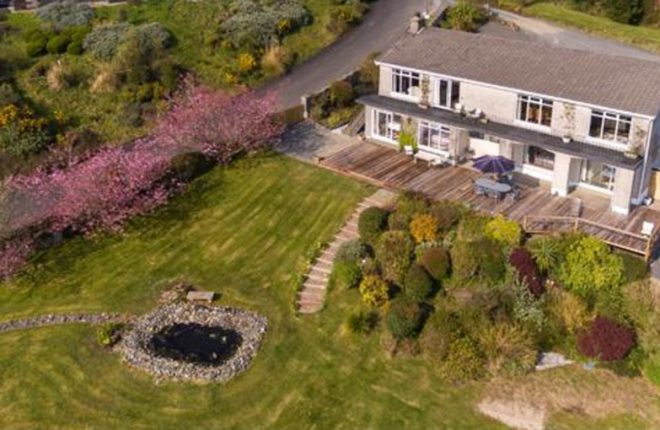 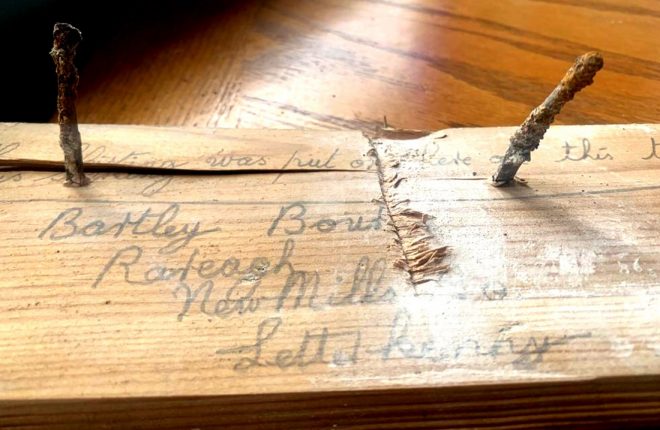 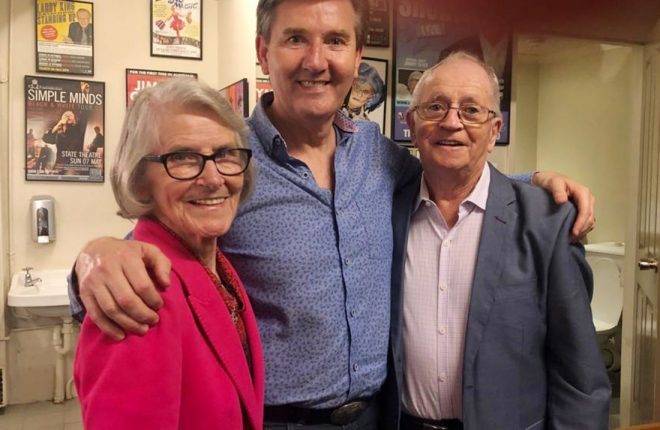 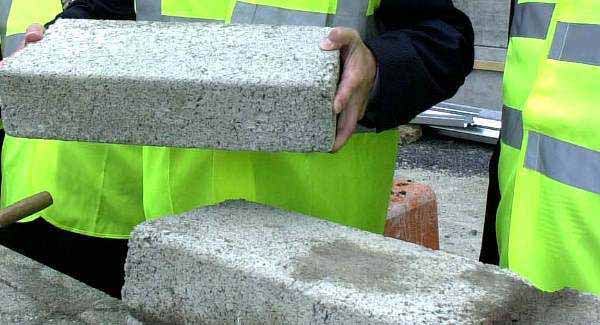 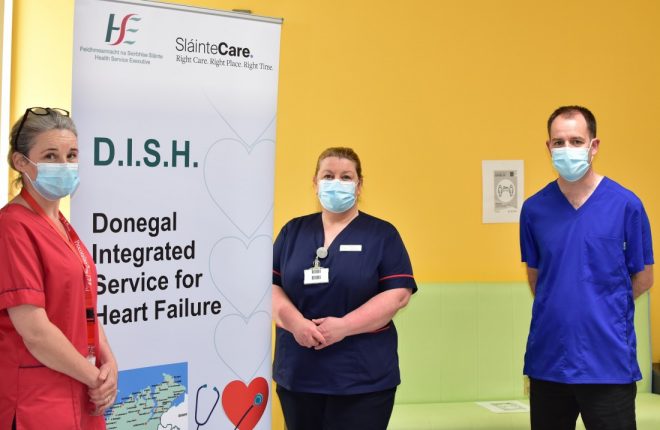