If you were throwing a party and you could invite anyone in the world, dead or alive, who would you ask around? Jonny McGinty 100%. The man’s a joy to watch.

Where do you like to go out to celebrate after a big victory? The Fisherman’s Inn.

What’s the worst pitch you’ve ever played on? Dunlewey – it’s a bog.

Which character in any film are you most like? I’m not too sure but id say you would get a few interesting answers if you asked my teammates.

Any odd items in your kit bag? Cow rub, it fixes everything.

Who’s the biggest joker in the team you play for? Jamie McKinney I’d say. He just can’t sit still always up to something.

Which team mate has the best looking other half? Reece Duncan he has a different woman every week or so he reckons anyway.

Who is the worst/best trainer? Worst would be Michael Lynch he just stands about throwing out abuse. Best trainer would be Justin McGee, runs all day and never misses a session.

Who spends most time in front of the mirror in the dressing room? Micky Ayton. He’s always fixing what is left of his hair.

Who’s the best/worst person to sit beside on the team bus? Best would be Packi Coll, he’s always singing away. Worst would be Darren McCarron – the smell of Tennents would knock you out.

Who has the best and who has the worst diet on the team, and what does it include? Best would be Jonny Nook he eats nothing but rabbit food.Worst would be Shane McGinty – he loves a good hogie three or four nights a week.

Toughest opponent you have faced? Kevin Rafferty. Have the scars to prove it.

Best or worst quote you’ve heard, either from a manager, player, opponent? Jonny Nook – “if we score more goals than the opposite team we will win.” He wasn’t wrong.

Best ever performance? Against Gweedore the year we won the double for the reserves. I scored in the last minute to win the game.

One to forget? Drumbar in the cup. We were three nil up at half time and were beat 4-3. That was horrible.

Sporting ambition? To play at least one game with Marty Mudge before I hang up the boots.

When you were playing in the back garden, who did you pretend to be? Daniel Clarke or Paul Scholes.

If you were in charge of transfers, who’d be in and who’d be out of the team? Definitely drop Daniel ‘Square’ McNulty. I’ve lost count on how many times he has missed a penalty. I’d bring in Dylan “Wolf” Kildea if he got himself into a bit of shape. 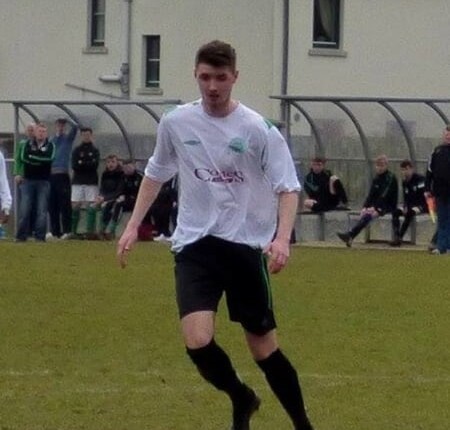 Shane Porter gives us an insight into the Gweedore Celtic dressing room.