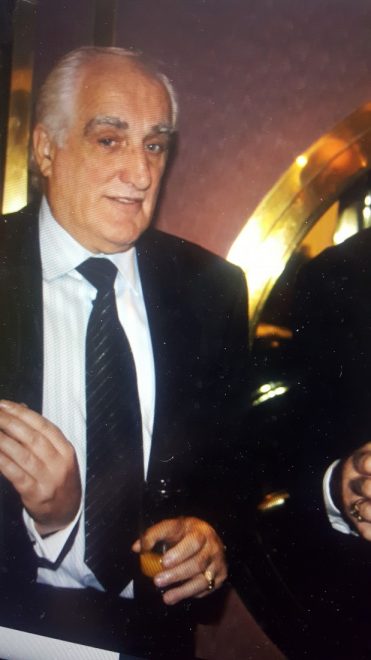 DERMOT Kane, 70, has gained a reputation across the construction industry for his work on big tunnelling jobs around the world.
Dermot, who was born in Benroe, Bruckless, began his career more than fifty years ago on the construction of London’s Victoria line.
Since then he has worked on many  projects around London and tunnels in Hong Kong, Singapore, Taiwan, the Philippines and mines in Mongolia and Canada and up to thirty more countries across the globe.
Kane Tunnelling built the lastsection of the MTR rail tunnel into China from Hong Kong where they also worked on the Disneyland project. The firm also worked on the Hi Van Tunnel in Vietnam, while they recently had a team based out of Ulaanbaatar, the capital city of Mongolia, digging for gold!
“When I started out tunnelling  in the sixties, I never thought that I’d still be doing it 50 years later. There’s great camaraderie and the spirit among the lads in the tunnels which has helped keep me in the business for so long,” he said.
He has seen enormous changes in the industry since the 1960s.
“When I started, we dug tunnels by hand using pneumatic spades and shovels. Now we’re using machines which cost millions of pounds to tunnel beneath city streets, under rivers and deep into mountains,” he said.
Athletics
Married to Carol, the couple have three children – sons Lee and Laurie and daughter Kelly who competed for Ireland in athletics.
“The kids have no interest in the business. My younger son worked with me for a while but he walked into the office one day. It was July and there was 98% humidity and it was 40 degrees outside. He took his helmet off, threw it into the corner and said: ‘That’s it. I’m going back to university. I don’t know how you spent the last thirty years doing that’. He’s now a lawyer. The eldest lad is a headmaster in Kent while my daughter works for the government, all of which means I’ll be working for another while yet,” he laughed.
The family grew up in Hong Kong as Dermot and his team built Hong Kong’s Mass Transit Railway (MTR) which connects Hong Kong Island itself with the Kowloon peninsula and other built-up areas of the Hong Kong territory. Over a billion people took trains on the network in 2019, making it one of the busiest in the world.
“Tunnelling is the only business in the world where you start at the top and work your way down to the bottom,” he quipped.
After leaving school, Dermot first travelled over to England as a teenager to work in a sugar beet factory in Bury St Edmunds.
“I lasted ten days and quickly learned that factory life was not for me. My brothers worked as brick-layers in London and I then started with them but, again, I learned another valuable lesson – don’t work for family,” he said.
It was while working in Oxbridge, bending and cutting steel, that he met a man from Creeslough by the name of Willie Mangan.
“He used to work in the tunnels and before going home he gave me a slip of paper with a name and number on it. He told me to ring and give his name and that got me the start.
“I was lucky enough to work with a good gang, including Joe McGinley from Towney in Kilcar and two lads from Coragh, Liam Kenny and Mini Miner. We worked all over the country but always came home for the summer to save the hay, cut the turf or whatever had to be done. 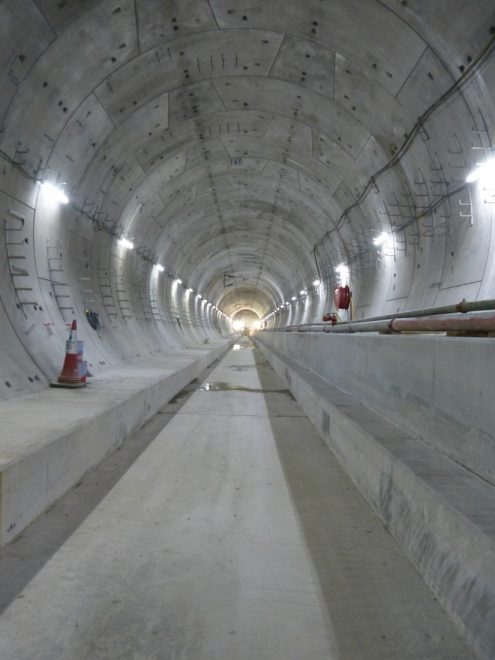 “One year when I went back I met up with a guy named McKevitt from Newry and another man from Derry bnig John McKeffery. Anything I learned I did from them. The work was hard and we were busy but we eventually split up in Coventry and I ended up sub-contracting by default. I was probably one of the first sub-contractors from Donegal in the tunnels. That was 1973/74,” he recalled.
“I did a few years in England before going out to Hong Kong as a pit boss and then spent a few years back in Ireland. I could see the potential in Hong Kong and went back there in 1981 and the rest is history,” he said.
Over the next thirty years, he would oversee the “top down” construction of underground stations and pedestrian sub-ways while his team also provided the shafts for the new water system for the Hong Kong and Shanghai Bank.
Longest rail tunnel
“The last job in Hong Kong was the longest rail underground tunnel and overhead in the world which took us into China. The last section was underneath the river and we were only allowed to go so far before the Chinese met up with us. John Sweeney from Dungloe worked on that project,” he said.
More recently, he was working alongside a Canadian engineer in a gold mine in Outer Mongolia.
“I did the donkey work and he provided the brains but, unfortunately, we didn’t find enough gold,” he said.
Attention has now switched to the Yukon, the Northern Canadian territory which is rich with gold deposits.
“We’re negotiating at the moment to do a deep shaft for a gold mine in the Yukon.
“There’s never been as much work out there and I don’t know where they’re going to get all the people to do it. We’ve had more work enquiries this past year then we have had in the previous five or six years from all over the world.
“We’re aboutto pick up a job in Manila, we’ve work in Saudi Arabia and later today I’ve a conference call with an American company about another mining job in Mongolia.
“The largest number of people we’ve had on various jobs across the world was 1,100 and I’m a firm believer in employing locals,” he said.
He adds: “We would normally drill down thirty to forty metres with a tunnel but when you’re going under mountains you could be a kilometre under ground.
“A lot of stuff was done by hand years ago. Today, we call them the push button miners as they’re in control of multi-million pound boring machines but any guy who puts his boots on in the morning and goes down a shaft into a tunnel earns respect. Not everybody can do it,” he said.
“I’m not happy unless I’m somewhere underground – even today,” he said.
While England is now home to his family, Dermot always enjoys getting home to Donegal.
“There’s a lot of good Donegal contractors and sub-contractors who are doing well and I’m happy to see that because this work isn’t for everybody. You’re working seven days a week, 365 days a year and you always have worries.
“It’s not everybody who wants to be a millionaire at the end of the month and then broke three days later when you’ve paid all the wages and the bills. It’s not as easy as you think but I suppose if it was everybody would be at it,” he laughed.
“I’ve been lucky enough to have lived and worked in so many parts of the world but there’s nowhere quite like Donegal. It’s the best place on earth,” he said. 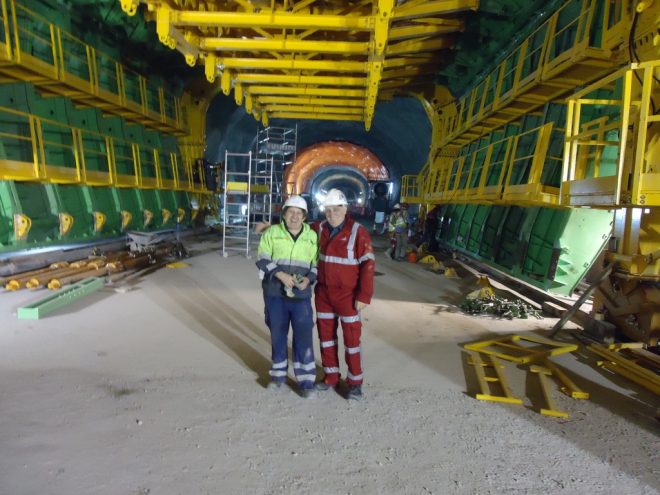