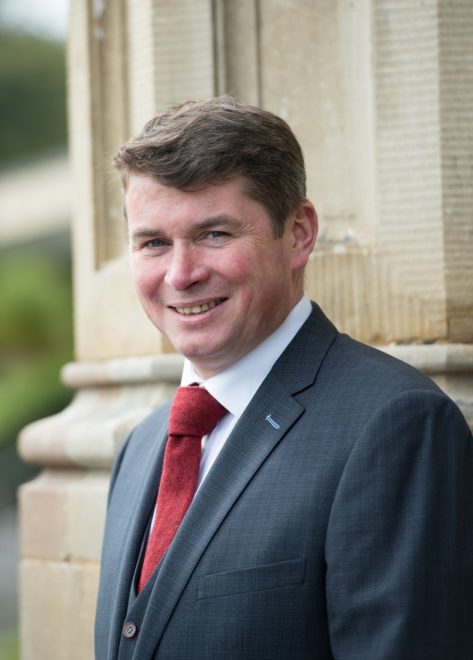 FOR more than a decade Donal Cox has been in charge at Lough Eske Castle, Donegal’s only five-star hotel.
Sitting on 43 acres of woodland outside Donegal town, the 97 bedroom hotel has yet to re-open this year while the doors remained locked for six months of 2020.
It’s been a frustrating time for the general manager and his 175 staff but he’s hoping the Government will soon give the hospitality industry a date when guests can be welcomed.
“We were looking forward to 2020 being one of our strongest years for weddings while we had fifty per cent occupancy from the North American market.
“The Wild Atlantic Way has really stretched out the season from February to late October and that too is having a hugely positive impact on our business,” he said.
In 2019, pre-tax profits increased more than fivefold at Lough Eske Castle hotel. Part of Pat Doherty’s Harcourt Developments, profits grew to €210,582 as revenues increased by 4 per cent to €9.33 million.
“Then the Covid news broke. I had never managed a hotel through a pandemic before and I was conscious of trying to make the right decisions from the outset.
“We decided to close on March 18 to make sure that we were not exposing our staff to risks we didn’t understand and also to make sure we didn’t contribute to the spread of the disease,” he said.
That first lockdown allowed work to go ahead on a few building projects in and around the hotel.
“The hotel was closed when it should have been buzzing which was both strange and depressing. It was completely empty, devoid of life but, worse still, it was very hard on our staff being out of work,” he said.
April and May saw wildlife start to encroach on the property with deer feeding on the front lawns and growing numbers of grey herons and hares emerging from nearby woodlands.
“It appeared for a while that wildlife had taken back control and it’s happening again during this latest lockdown,” he said.
Weddings
Weddings planned for 2020 were rescheduled but some of those have now been pushed into next year’s calender.
The hotel eventually re-opened on June 26 last, a month earlier than the Government had first indicated.
“The Government gave us three weeks’ notice but it’s not like a shop which you can simply shut down and open up. We have to have business on the books. For those three weeks the team worked really hard to make sure that we had enough business to justify opening.
“Thankfully, the domestic market turned out to be exceptional for us last summer with guests from all over the country. It we hadn’t the second lockdown in October, it would have been an exceptional autumn and winter too,” he said.
Lough Eske Castle would reopen for most of December but its doors have remained closed since December 27.
“A lot of families traditionally like to spend three or four nights with us over Christmas but by then there was a ban on inter-county travel. Still, we felt it was important to open,” he said.
Mr Cox is anxious to see a roadmap put in place for the hotel industry.
“I don’t mind if we’re not allowed to reopen until the start of June if it means an end to these lockdowns. The prolonged shut downs have been very hard on staff who are at home struggling to make ends meet and also for their mental well being. We had all the team back at work last summer and for three weeks at Christmas and we’re in regular contact via email.
“It’s also been hard on the business. When you haven’t done something for three or four months it takes time to get back into routine.
“We lost huge amounts of money last year and this year but it’s also important to note that we had 12,000 guests check-in last summer and there was not one case of Covid-19 on the property.
“At the start it was hard to stop shaking hands with guests as they arrived but credit to the staff who followed the protocols to the letter,” he said.
Should the hospitality, travel and tourism trade reopen in June, Lough Eske Castle is preparing for another busy summer.
“Occupancy is already sitting at mid-percentage but, again, a lot depends on international travel. We have many tour groups from abroad booked to stay with us. We’re currently holding on to those rooms even though we don’t know if they’ll be able to fly.
“We have to work on the assumption that a lot of these international guests won’t be coming but as we release more rooms they’re being quickly filled.
“I think that once we’re given the green light people will have the confidence to book once more. The demand is there and I think it will be another great summer for domestic travel,” he said.
In the meantime, there’s work to be done in maintaining the lawns at the home he shares with his wife Eithne (nee O’Boyle) and their two children in Drumacnoo, Churchill.
“It’s never-ending. I’ll be glad to get back to work,” he quipped.