Advertisement
HomeBreaking NewsWOMEN’S VOICES FROM THE PAST – Revolutionary Times
Advertisement 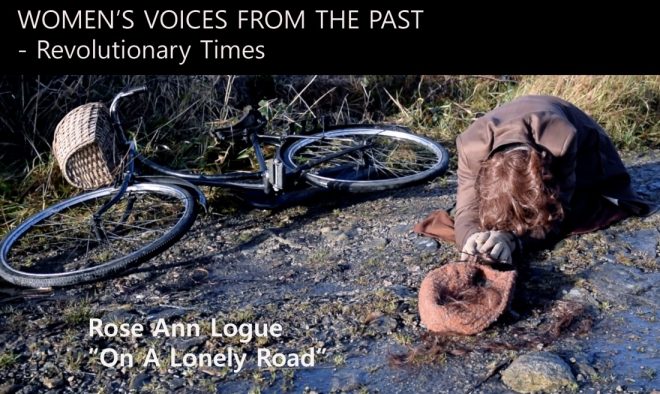 Donegal County Museum, the Regional Cultural Centre and the Museum and Heritage Service of Derry City and Strabane District Council have commissioned and produced a series of six short video pieces which highlight the experiences of women during the Revolutionary Period (1919-1923).  These videos provide snapshots of the period, exploring the stories of women during the struggle for Irish independence.
The Donegal video pieces highlight the varied experiences of local women. The first video features Eithne Coyle, an active member of Cumann na mBan. During the War of Independence she carried out a one woman campaign holding up trains, seizing goods and burning British newspapers. In September 1922 she was arrested and remained in jail until the end of the Civil War. She was President of Cumann na mBan between 1926 and 1941.  The second video features Mary Ballantine who was married to Head Constable Joseph Ballantine of the Royal Irish Constabulary. In May 1922, Joseph who had just retired from his position was shot and killed at his home in Raphoe. The third video features Rose Ann Logue, an Instructress with the Congested Districts Board, who was held up by two armed and masked men who threatened her and cut off her hair.
The Derry films feature Lady Lillian Spender on a tour along the newly-established border in June 1923. Lady Spender describes in her diaries events along the Border in places such as Clady and Pettigo.
From Monday 23th February, the videos will be released as a weekly series beginning with Eithne Coyle and Lillian Spender.
To view the Donegal films, beginning on Monday 23rdFebruary,   visithttps://www.youtube.com/user/wwwdonegalcocoie/videos
Or https://www.facebook.com/Donegalcomuseum
To view the Derry Films, beginning on Monday 23rd February, visit www.facebook.com/towermuseum/
The video pieces were produced by Dark Daughter Productions with videography by Oath Film Studio. Use of the Diaries of Lillian Spender is by courtesy of the Public Record Office of Northern Ireland.
These videos have been supported by the Department of Tourism, Culture, Arts, Gaeltacht, Sport and Media under the Decade of Centenaries 2012-2023 initiative.