A WELL known Dunfanaghy businesswoman celebrated a huge milestone at the weekend when she turned 100. Mary Mc Auliffe, founder of Mc Auliffe’s Craft Shop, has been heavily involved in the local community through her fundraising for good causes and working tirelessly to ensure a community centre was established in the village.

Mary Brigid Mc Auliffe (Sweeney) was born on January 31, 1921, daughter of Michael Sweeney, Clonbara, Falcarragh and Cassie Mc Fadden Dore, Gweedore.
Reared in Falcarragh, Mary was sent to Gweedore to her grandmother’s house to spend her final two years of primary school education in Knockastolar NS to improve her Irish so she could enter the Scholarship Exam to Loreto Convent in Letterkenny.

Gweedore was a new culture to Mary and she learnt many old Irish traditions in her grandmother’s home during her time there. This included the raking at night or ‘Ag Airneál’ as it was referred to where the neighbours would visit different houses for a few hours at night with storytelling and sean-nós singing. This was the start of her lasting love for singing.

Mary got her scholarship to Loretto and spent her secondary education as a boarder in Letterkenny. She developed her singing further while in the Convent and was in the choir, the choral group, and the drama group. She went on to get a scholarship to the Munster Institute in Cork after her time in Loreto. Unfortunately, while she was there her mother passed away in 1939 and Mary had to return to Donegal and take over the running of the family business, Sweeney’s Drapers, and the rearing of a young family left behind. She was 18 and the youngest was only four years old.

Despite running the business and looking after the family Mary joined the local drama groups, Glor Na nGall and Comhaltas Ceoltóirí.
Her Irish language served her well in the shop as it was a go-to destination for the Islanders from Tory when they visited the mainland as they did not speak English. She rose to the challenges that faced her and managed to get her young siblings all well educated. She also turned what was a very general drapery shop into a top fashion and bridal house over time with customers travelling from all over the north west. Sweeney’s Fashion House, as it had become known, held fashion shows for community groups such as Gweedore ICA.

Life took another twist, a dance in the Market House, Dunfanaghy in 1952 when she met her future husband , a Kerryman, Jack Mc Auliffe who had just opened the first chemist shop in Dunfanaghy. They married and initially lived in Falcarragh as Mary was caring for her elderly father. After his death, they moved to Dunfanaghy in 1969. Mary closed Sweeney’s Fashion House and having already had a pop-up tweed shop in Dunfanaghy she moved into her husband’s property with The Tweed and Fashion Shop. She later created Mc Auliffe’s Craft Shop when Jack retired, merging some of his giftware with her textiles and clothing products. 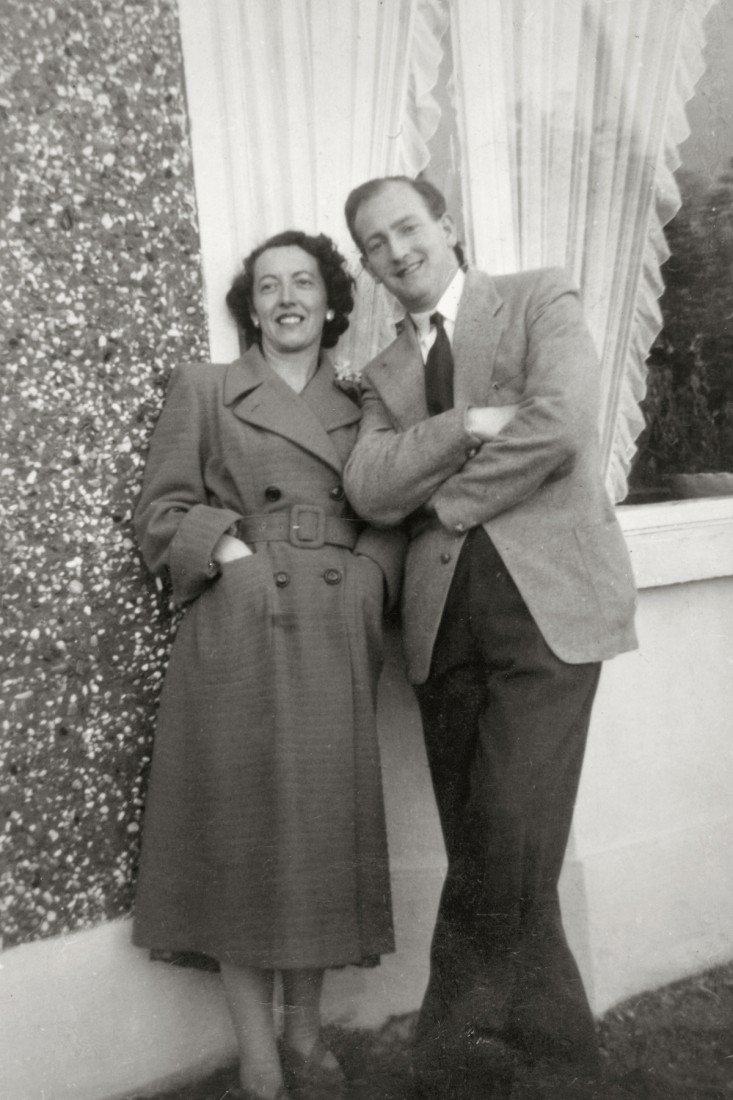 She continued to hold fashion shows in aid of local projects and became involved in the community on a larger scale after moving to Dunfanaghy. Mary was one of the Directors of The Workhouse which later successfully became a Famine Heritage Centre. She was as always attracted to singing and was a member of Holy Cross Choir for many years, encouraging the youth to get directly involved. She was also involved in the Youth Club Foroige encouraging the youth to take part in competitions such as sport, singing, dancing and public speaking. She was a member of the Letterkenny Choral Society directed by James Mc Cafferty, Derry for many years.

She was involved with the St Vincent De Paul Society and through that she saw the lack of amenities available to the community. Her dream was to get a Community Centre for the area and in her late seventies, when she retired from business, she began working on this project. After seven years of hard work, vision and lots of fundraising the dream finally became a reality with the opening of the Ozanam Community Centre which became a hub for the area with sports and meeting facilities, classes, markets, and concerts. 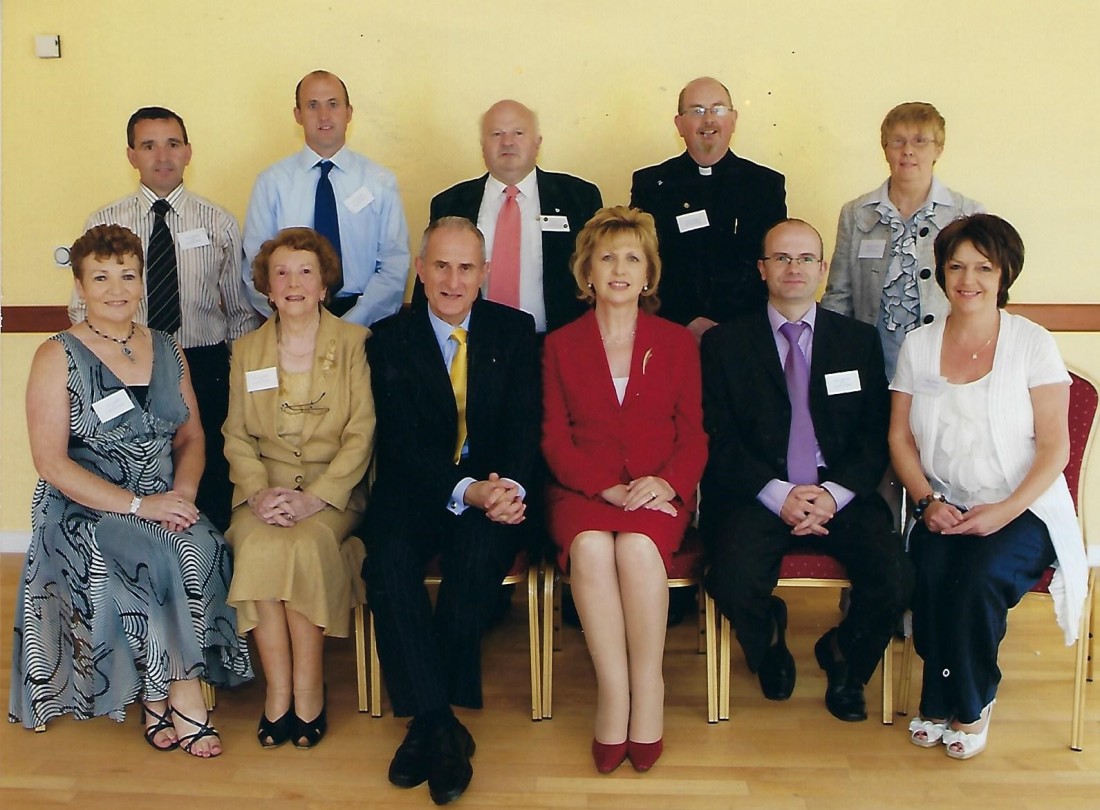 Mary’s hard work did not go unnoticed and in 2005 she was named one of the ten winners of the “Donegal County Council/REHAB “People of the year” awards.
In honour of Mary’s birthday the church bells rang out 100 times on Sunday, a sign of recognition of the huge impact she has made in her community.
Speaking about her mother becoming a centenarian, daughter Anne McNamara said: “She continues to have such a positive outlook and so much love and passion for life in this her 101st year.”

The family would like to thank everyone for the huge amount of cards, gifts and flowers Mary received for the special day.