FURIOUS residents living in Council houses in Letterkenny say they feel abandoned by the local authority as they have been left living in dire conditions. Significant cracks in walls, severe damp, and insect infestations are just some of the complaints from residents living in the Glencar area who have this week lodged an objection with Donegal County Council over plans to build a new social housing development at Killylastin. They are objecting on the basis that the Council need to urgently repair the housing stock they already have before any new developments go ahead. A petition with almost 200 signatures was presented to the Council along with dozens of photos depicting the deteriorating conditions of homes.

Tracey McVeigh lives in Windmill View, one of the estates affected. She said residents are living in horrific conditions despite many having been appealing to the Council for years to have repairs carried out.

Ms McVeigh said: “A lot of people here feel that they are stuck. They have no escape, they cannot get a transfer and they can’t just get up and move because they have spent a lot of money on their house. The residents are furious at this stage because they are just getting empty promises. It is very frustrating. I think when the winter comes in and with the cold weather people have really noticed it is getting worse.”

The residents are calling on the Council to replace the insulation in the properties urgently as the houses are currently “not fit for living”.

“Our houses are falling apart, we as tenants are unable to heat our homes, we are living in dire conditions and are constantly redecorating our rooms and homes at a huge expense, only for the problem to worsen. Clothes, furniture, kitchen presses and appliances have either had to be dumped or cleaned on a daily basis. Ourselves and our children are living in extremely poor conditions which is leading to health problems. Residents are being ignored and this has been an issue for up to five years without any solution or repairs.” 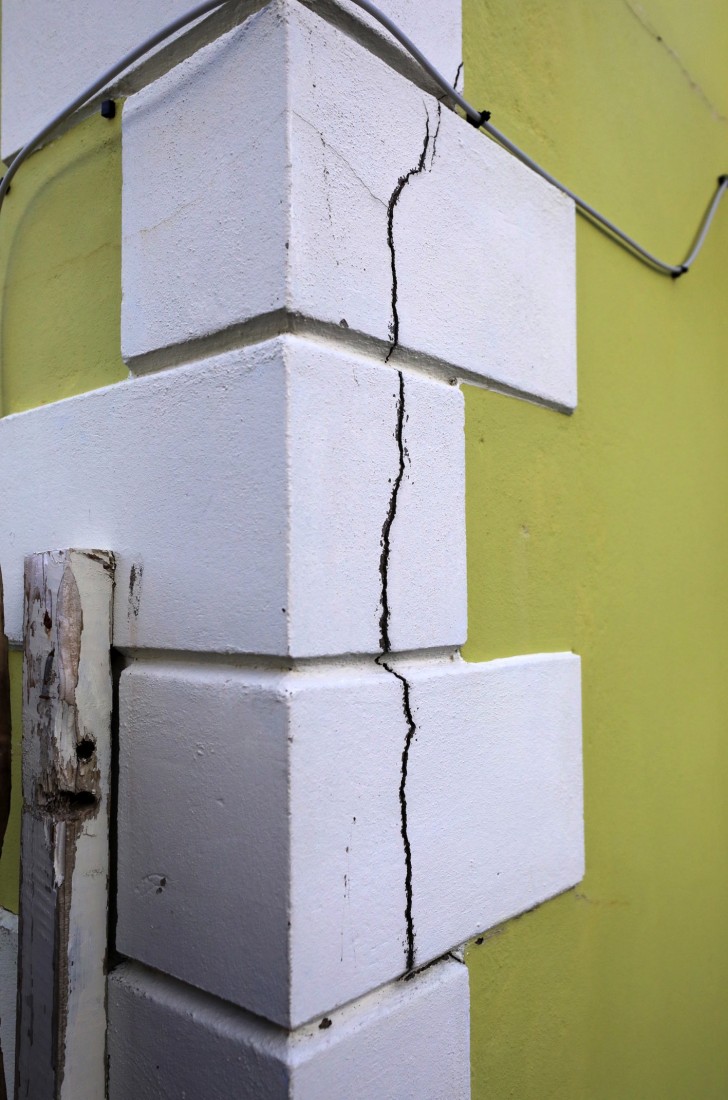 Significant structural cracks have appeared in many of the houses.

While it is clear the houses have insulation problems the residents are in the dark as to whether they also have MICA. One resident we spoke to in Windmill View has been pleading with the Council since 2016 for repairs to be carried out. The damp has become so bad in her bathroom that she said “mushrooms” are growing.

“My bedroom is a disgrace. The hall, as you go in the door, I have that covered over with a big curtain because it is so embarrassing, the paint just slides off it,” she said.

“I have been fobbed off that many times and they have said I am next on the list. That is going on for years, long before Covid. Now the excuse is that it is Covid. Our houses need fixed. I think we should be first priority instead of going building more when the ones we are in are falling apart.”

Another tenant has a young child with asthma living in the house. He is afraid the house is going to fall down around him.

He said: “Whatever money I have put into the house is a waste of time. The kitchen presses are so damp I have to sterilise all the cups and cutlery any time I use them. If you take a drink out of a glass you can feel the taste of the dampness. I am scared the house is going to come down around me.”

It is not just Council tenants that are affected. Some residents bought their houses from the local authority. Maire Brid Flanagan bought her house in Windmill View in 2014. At the time there was no sign of a problem but the cracks soon began to appear.

She said: “It got bad very quickly. I got fed up painting the bathroom the damp was just coming through. As soon as I bought it all the cracks seemed to appear. They weren’t really visible before that. I just presumed the Council surveyor would tell me if there was something wrong. So I took it in faith. There is nothing I can do. I can’t leave this house because I will never get the money back. I can’t sell it. I am worried. The cracks are getting worse all the time and with lockdown I can’t really do anything about it.” 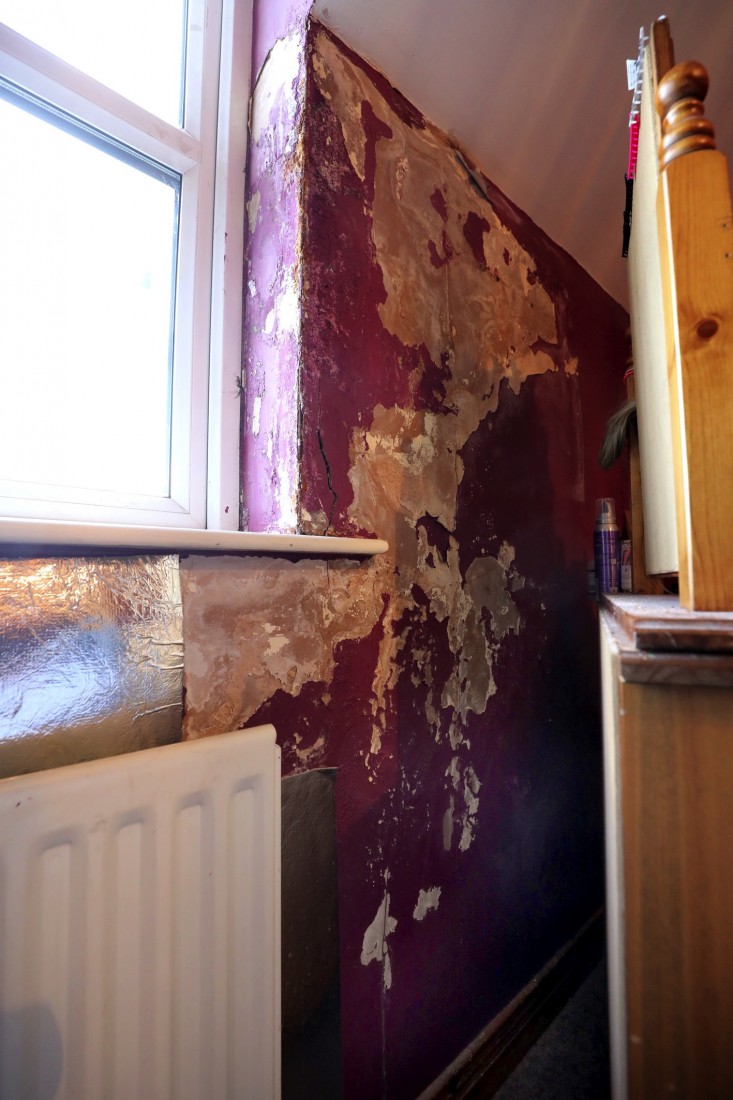 A bedroom wall in one of the Windmill View houses.

However the residents argue that there is a substantial amount of vacant properties in the Glencar area which should be repaired before new properties are built.
In their letter to the Council the residents outlined that there are four properties lying vacant in Windmill View, between six and seven in Gleann Rua and three empty houses in Glendale Drive.

They also raised concerns about antisocial behaviour in the area and said the Fire Service have been called out numerous times over the years to extinguish fires in the adjacent field next to the proposed development. The Council is currently carrying out a public consultation in relation to the Killylastin development and submissions can be made before March 4.