A Galway husband and wife are hoping to fulfil a promise they made to a Donegal woman more than 20 years ago.

Chris and Trish Gorman crossed paths with the mystery lady during a climb of Croagh Patrick in 1998.

In an era before mobile phones she asked them to take a photo of her as proof that she made it the summit. Chris and Trish obliged and then agreed to post her the image. But in the passage of time her details were forgotten.

The couple unearthed the photo during a recent clear out and, as they vowed they would more than two decades ago, they want to unite it with the smiling climber.

“My wife and I climbed Croagh Patrick on Reek Sunday 1998 and while at the summit we were approached by a lady from Donegal,” Chris told the Donegal News.

“She had noticed we had a camera and asked us to take a picture of her at the summit. She explained she had made the trip with a friend but the friend had turned back. She was afraid that without a witness or any evidence her family would not believe she had reached the top. 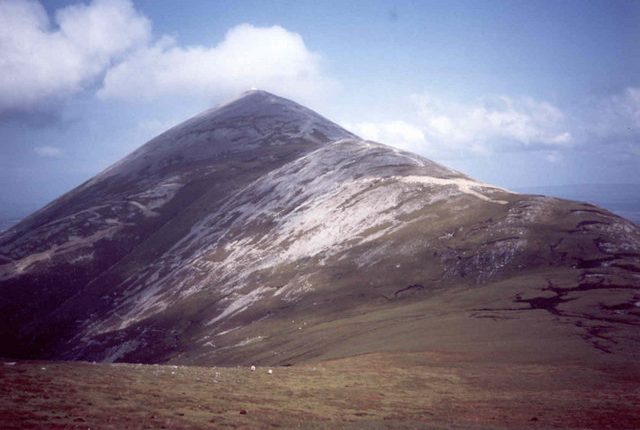 “She gave us her name and address however none of us had a pen and paper to record it. By the time we got the photos developed a few months later we had forgotten the lady’s contact details so were unable to keep our promise to send the picture onto her.”

The Gormans remember little of what the lady told them at the summit of Croagh Patrick. Chris said that from his vague recollection, she may have lived on the Derry side of Letterkenny.

“I know it is over 20 years but if there is any possibility of locating the person in the picture I would love to fulfil my promise to her all those years ago,” the Galway man added.

If you know who the lady is, we’d love to hear from you. Email c.sharkey @donegalnews.com or send us a private message on Facebook.

Looking back on a steep learning curve

Covid vaccine is rolled out to Tory Island