CAMPAIGNERS have criticised plans to limit asylum seekers to an in-house shop rather than allowing them to buy goods in local stores.

Up to 300 residents will move into former student accommodation on Letterkenny’s Port Road later this month.

In preparation for their arrival the Donegal Asylum Seekers Support Group has been set up. They say that if the tenants were allowed to shop locally, they could deliver a significant shot in the arm to Donegal’s economy.

But the Department of Equality has confirmed that they will instead have access to a shop, or a ‘food hall’, contained within the Direct Provision Centre where they will be able to purchase items using a cashless points system.

This has prompted concerns that residents could be open to exploitation through inflated pricing.

Meghan Reid of the Donegal Asylum Seekers Support Group said, “With 350 people grocery shopping every two to three days, it would be a much welcome boost to our economy during the pandemic.

“But at the minute the Direct Provision Centre will be set up to ensure that this grocery money goes directly back into the hands of the private contractor of the centre, Bridgestock Ltd.”

Department refused on commercial sensitivity grounds to disclose how much Bridgestock Ltd will be paid per day for housing each individual. But most recent figures show that in 2019 the company received €805,728 for housing 218 people over a 16 week period at its Globe House facility in Sligo.

“A Direct Provision Centre is supposed to provide food and accommodation for each resident in the centre,” Meghan Reid said.

“With this system residents in the centre will be exploited and given little choice of food. If it were concerning Irish citizens the restrictions on where one is allowed to shop would be against EU consumer law.”

The support group added that people arriving in Letterkenny want to contribute to the community and want to integrate. Therefore allowing them to shop locally would be a “win-win situation”.

Meghan Reid added, “Residents would have a much fresher and more abundant choice of food and our local shops would have 350 more people shopping every week. To ensure this is the case there is a couple of things that you can do: You can email the International Protection Accommodation Service at ipasinbox@justice.ie. You can email the Donegal TDs asking them to ensure that the newcomers can shop locally and you can inform local shops of the current situation and ask them to object. 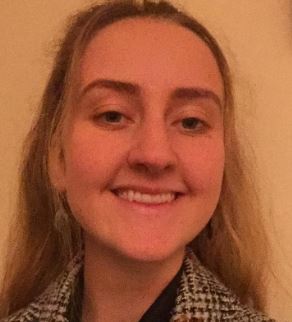 “We as a community must stand up to the millions being made by Bridgestock Ltd and the exploitation of asylum seekers and demand that our economy benefits from the new arrivals. It is time to put a stop to the massive profiteering of the contractor and ensure that both the locals and the residents of the centre benefit from the new facility.”

Responding to the claims, the Department said the new centre will comprise of 60 apartments, all of which are own-door and will facilitate independent living for the families in line with national standards for accommodation centres.

As to how tenants will eat and shop, a Departmental spokesperson told the Donegal News, “All residents will have access to an in-house food hall where they can get their groceries and personal items using a cashless points system.

“The points value for items available is based on the food costs in the region.”

In relation to the accusation that Bridgestock Ltd is “profiteering” by making residents buy their food internally rather than in local stores, the Department said it believes the points value for items in the food hall is “reasonable”.

A spokesperson added, “If the support group wishes to share its research the Department will engage with the contractor regarding the value of items in the food hall. The model of providing independent living by way of an on-site food hall has been rolled out nationally since 2017 and has proven to be very popular with our residents.”