Advertisement
HomeBreaking News‘Pushing things along’ despite Brexit and pandemic
Advertisement 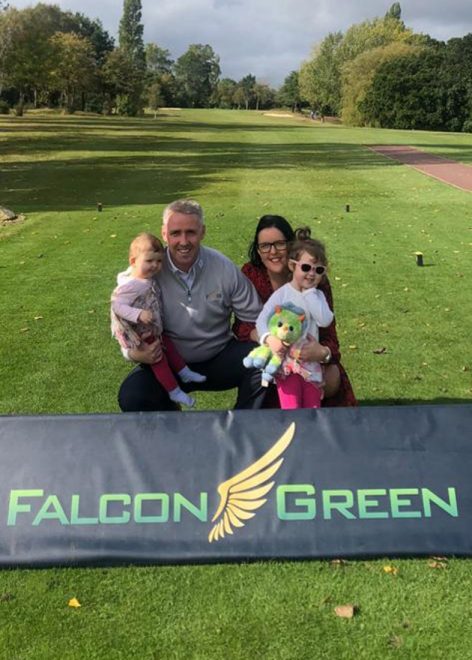 A DONEGAL man is responsible for overseeing daily operations at one of Europe’s and UK’s fastest growing recruitment agencies.
Falcon Green is a specialist construction and engineering recruitment agency, which employs more than fifty office-based staff with 1,100 operatives working on sites across the UK and Ireland each week.
Joseph Sweeney from Gweedore founded the company in 2012 with Jack O’Connell and Kieran Nestor and he is pivotal to all divisions within Falcon Green.
Last year, Falcon Green opened offices in Belfast and Dublin, which also incorporates a new Contract Cleaning division providing experienced, trained and reliable staff throughout Ireland.
The company has plans to open an office in Brighton and Scotland to complement their existing operations in London, Manchester and Birmingham.
A business and Human Resource Management graduate from the University of Ulster, Magee College, Derry, Joseph spent his third year at college working in operations with Aer Lingus in JFK (Internship) and weekends on the construction sites.
He returned to the States after college and spent several working on construction sites in New York before moving to London and taking up employment with a recruitment company.

Learning
He spent the next seven years with two different companies learning the business.
“I was involved in sales, managing clients and accounts but I didn’t get much opportunity to learn the game so I took a step back and decided to educate myself about the business, from the bottom up. It provided me with a good insight and gave me the motivation to go out on my own,” he explained.
A talented footballer, Joseph was part of the Gaoth Dobhair panel which won the 2002 County Championship title, but sport would be forced to take a back seat as he pursued his business dream.
“Myself and my two business partners Jack O’Connell and Kieran Nestor, who are both from Cork, set up in a small office near Angel tube station in 2012 and we’ve grown the business ever since,” he said.
“We are a specialist construction and engineering recruitment agency, focused on permanent white collar and temp blue and temp white-collar staffing sectors,” he added.
Despite the construction sector’s long history of ups followed by downs, as well as Brexit, Falcon Green has set ambitious targets over the next two years.
“We just got Dublin off the ground properly when the first lockdown came last April/May but it’s going from strength to strength.
“We’re looking to push things along. In the current climate that may be seen as a risk but we prefer to think that we’re being aggressive (regarding the market), yet remaining assertive within, when the rest are somewhat fearful. We know the opportunities that we have in those places, whilst also perusing other sectors.

‘The right people’
“It’s now about finding the right people. It’s important to get the right person to join Falcon Green. They have to like us and us them,” he said.
Just before Christmas, Falcon Green set up a Contract Cleaning division in Dublin.
“While things are quiet at the moment we have targetted office space and commercial buildings in Dublin,” he said.
Despite Brexit and the coronavirus, 2020 proved to be another busy year for Falcon Green.
“We’re happy with where we are at the moment. This year, revenue wise, we’re at £41 million. We’ve grown organically year on year since 2012. There were set-backs due to Covid but we just dusted ourselves down like everybody else and moved on,” he said.
“Initially, numbers went through the floor, especially in London, but we have recovered well and we’re back up to 90 per cent of our revenue pre-Covid and we’re happy with that,” he added.
With expansion and growth, Falcon Green have had to promote from within and many of those people are Irish.
“Our operations Director in the UK Ryan McNelis from Killybegs, has been with us from inception, and has played a pivotal role in our success to date. We also have people from Milford, Letterkenny, Inver and Gweedore working with us. There’s a good Donegal mix. Predominately, it would be Irish staff working in our offices,” he said.
The son of the late Joe Sweeney, Joseph’s mother Mary lives in Derrybeg as does his brother Andrew. He has two sisters Fiona (Letterkenny) and Fidelma (Dublin). He is married to Selina (originally from Clare) and they have two little girls, Ella and Ava.
“Selina has been very supportive and understanding of the late nights. We try to get home twice a year but it hasn’t been easy this past while but the plan is to have the family back home in the long term,” he said.
A growing number of Irish people have been looking to relocate back home and Joseph Sweeney believes that has given his company a vital edge.

New to the market
“We’re new to the market in both Belfast and Dublin but we’ve hit the ground running in both. There’s a lot of connections between the UK, and London in particular, and Ireland with people moving back and forth.
“It has allowed us the opportunity to supply contract managers for jobs back at home – people that we know personally from their time in the UK who are moving back.
“That’s not the case for a typical recruitment company. We know these candidates personally. They have worked with us in the UK and it helps to keep us a step ahead of the rest,” he added.
With 99 per cent of its revenue coming from temporary placements, the company has developed long-term relationships with over 100 well-known property companies such as Galliard Homes, Berkley Group, Willmott Dixon, McLaren, Bennett Construction and Bowmer & Kirland. Construction of the Shard in London is among the major projects Falcon Green has supplied staff for.