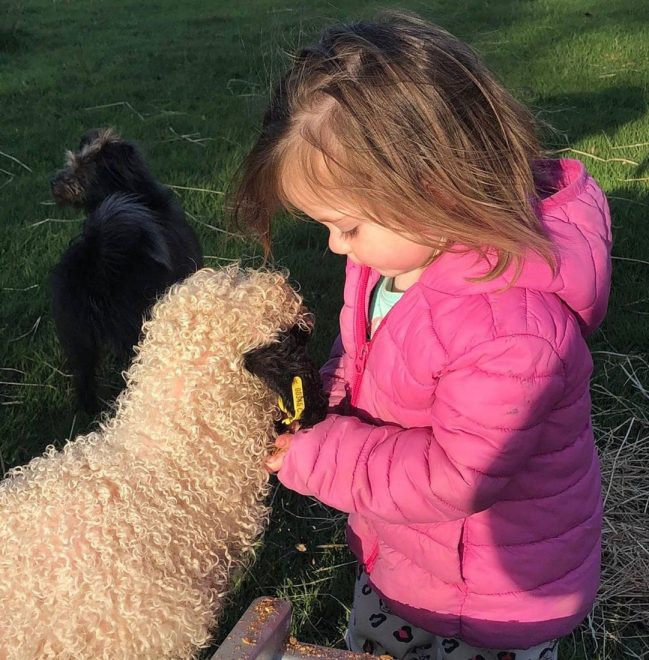 HIKERS around Lough Finn, near Fintown, have been stopped in their tracks in recent times by a breed of sheep that looks more like an adorable stuffed animal!
The Valais blacknose sheep, otherwise known as the Walliser Schwarznasenschaf, have been turning heads on Farm Achla.
Dubbed the “world’s cuddliest sheep” they can be found grazing among Wensleydales and Dartmoors, two other rare breeds, on Conor Boyle’s 60 hectare farm at the foothills of the Achla mountain which sweeps into Lough Finn.
A native of the area, Conor returned home from London eight years ago and rented land adjacent to a farm owned by his grand-father Jim McKelvey.
At a time when many young people were gravitating away from farming, Conor felt that it was the right career move for him.
“I know most people will think of 2020 as the worst year of their lives and while there were many moments that tested us to our limits it wasn’t all bad.
“We expanded our Valais blacknose sheep flock, invested in new breeds and brought ducks and hens to the farm. I also got engaged to Angela and managed to set up a coffee business in the middle of a global pandemic while she also picked up her crochet hook,” he said.
Conor Boyle and Angela O’Donnell have been breeding Valais blacknose sheep at Farm Achla for the past two years.
Originating in the Valais region of Switzerland, this breed has only been in Ireland for a handful of years but has already become extremely popular with the very best rams selling for up to €10,000. 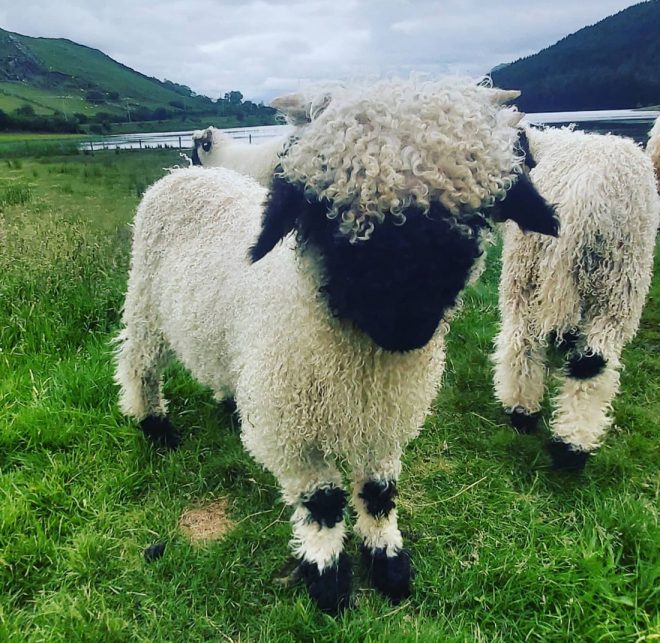 “They are so friendly and fit in well with our Dartmoor sheep which are also friendly. We also keep 100 commercial ewes for the hill but we try and keep our rare breeds lower down,” he said.
“There’s not too many breeders about. We used to go through Grassroots in England to register them but since Brexit they’ve told us that we have to go out on our own so we’re in the process of setting up our own rare breed association here in Ireland,” he added.
Last year, Conor sold two Valais lambs to Ardara and Ballybofey while he also has five full bred Wensleydale ewes.
“When Angela first tried to talk me into rare breeds it took a lot of persuading as it wasn’t really my cup of tea. We finally started in 2018 and I’m sorry that I didn’t listen to her sooner.
“A lot of hikers and walkers go past our house on their way up the hills and they stop to ask about the sheep and get pictures taken. It’s definitely become a talking point,” he said.
Another local talking point is the Farm Achla coffee trailer which can be found parked outside the old Cope shop in Fintown village.
“Angela is from Malin Head and one of her friends runs a coffee shop from along the side of the road near Muff. Every time we pass it there’s a crew waiting to be served. There’s no shop in Fintown these days so we decided to go for it and had our own trailer in place before Christmas,” he said.
Due to the current restrictions the coffee shop is only open on a Saturday and Sunday at present and when Angela is not helping out there she is busy crocheting hand made hats and head bands.
“Locals and passers-by have been very good to us. It’s been a strange time but it’s also been very exciting and here’s hoping that 2021 proves to be as good,” he said.