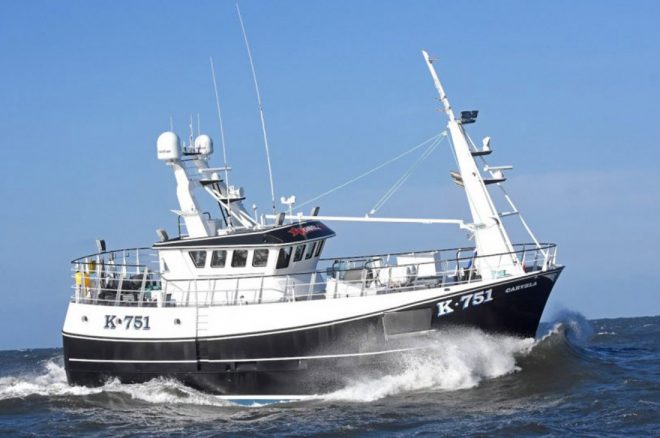 THE Donegal crabbing fishing industry faces potential destruction due to new regulations from Europe which came into effect following Brexit.
The warning was sounded this week after it emerged that 37 crabbing vessels around the Donegal coast can no longer land their catch at their local piers because they have British fishing licences.
Some of these boats are currently tied up off Tory, Arranmore and Burtonport amid growing fears that they may be forced to jettison their catches.

Post-Brexit restrictions on where Northern Ireland boats can land their catch in the Republic of Ireland mean that NI-registered vessels can now land at just two Irish ports – Killybegs and Castletownbere in Cork.

The new Irish government rule came into effect on 31 December 2020.

The Irish Department of Agriculture, Fisheries and the Marine have said the issue is “an outcome of Brexit”.

Councillor John Seamais O’Fearraigh (SF), a member of the Council’s Fisheries Committee, is calling for an urgent meeting of the group to address the fears and concerns raised by fishermen.
“The only option for these 37 Donegal boats is to land their catch in either Killybegs or Castletownbere in Cork because they have British Fishing Licences which is ridiculous.
“These fishermen and their families have been left in limbo. They  broke no rules. They all have licences but because they were issued in Britain they’re no longer allowed to land their catches anywhere other than Killybegs or Cork.
“Changing over their licences can cost up to €106,000 which is prohibitive for most and, even then, it takes between six to eight months to get the licence transferred,” he  said.

Figures from Bord Bia show that the total crab exports to China alone reached a value of over €16million last year.
“It’s a serious issue and has the potential to have a huge impact on jobs, both at sea and on land, with companies dealing with the distribution of crabs for export to France, China and other markets across the world.
“At the moment I know of one man who is tied up in Tory and another in Arranmore while two others in Burtonport aren’t even allowed to come in for diesel. If you have a catch and you have a British licence you have to take it to Killybegs. For fishermen around here that would mean a day to steam up there and then back to their own fishing grounds around Magheraroarty. In this weather and at this time of year in heavy seas that would only be a danger to fishermen,” Cllr O’Fearraigh said.
“If they can’t land them they’ll have little option but to throw their catch overboard and that makes no economic sense whatsoever,” he added.
Cllr O’Fearraigh said Sinn Féin spokesperson on Fisheries Pádraig MacLochlainn had already raised the issue with Minister McConalogue.
“What have the EU, Irish and British governments been at these past four years with regard to Brexit? Minister McConalogue is saying that there isn’t much he can do but he could start by giving these crabbing vessels six months leniency while they get things sorted and allow them to bring their catches in without the fear of losing money. Also, they could allow vessels up to 25 metres to come in or, alternatively, there’s Brexit funding available to help them buy their Irish licence.
“I’ll be raising the issue at the next meeting of the fishery committee because our fishermen have been left high and dry on the rocks,” he said.