Hopes for 2021: I hope the Donegal League and Ulster Senior League can come together to form one committee to look after the running of senior soccer in Donegal, and one committee to look after youth football. I don’t include Inishowen because I think they are happy to keep things going by themselves. We are in great danger of losing Intermediate football and if that happens it will be a great shame. Look at what has happened in Connacht. People love the David v Goliath battles and with Intermediate football, you are only three or four wins away from the FAI Cup. Letterkenny Rovers got through to play Athlone a few years ago, and we had a replay in Leckview on a Tuesday night and there was huge interest from people with no affiliation to the club to see if we could pull off a shock. With Junior football, it would take about 12 wins to reach the FAI Cup, and I just don’t see that happening any time soon with a Donegal team. I’d also like to see the disbandment of the Underage National leagues, particularly U13, U15 and U17. It is doing serious damage to grassroots football. I’m not criticising Derry City or Finn Harps because it is happening throughout the country, but it’s not right that someone can come and hand-pick the best player from a team at 13, and start training him two nights a week and taking him all over the country, with no concerns about the club he came from or what is left behind. The reality is that the League of Ireland Premier Division is a results business and there is huge pressure on managers to survive, and very few players will get a chance until they are 22 or 23 and have matured.

Where will Finn Harps finish: Ollie has got some good, strong, experienced players and I think they will finish one place higher than last year in seventh.

Ryan Rainey has joined Harps and it will be interesting to see how things go for him. He came back from Wolves and I think his spell with Bonagee in the Ulster Senior League will have helped him mature and to get ready for senior football. He is tall and athletic with plenty of ability, and could do well up there. 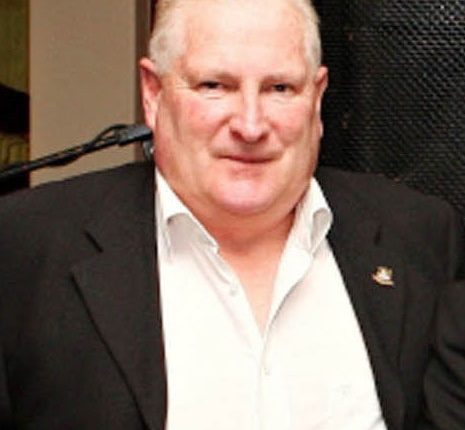 Hopes for 2021: As I’m involved in the management side of the Donegal League Oscar Traynor team, frustration is a word I don’t use lightly. This Covid-19 pandemic has put everyone’s life on hold, indeed in jeopardy, and obviously all sports are once again suspended. We as the Oscar Traynor team were looking forward to this year’s competition. The last two years, we were very unlucky not to have gone on to win it. Two years ago we lost to Limerick in the quarter-final. We dominated the game but you also need luck in front of goal, and we lost on penalties, Limerick went on to win the competition easily. I honestly believe it could have been us. Last year the Defence Forces beat us in the quarter final 2-1 again a game we dominated. Their keeper Gavin Mulreaney from Letterbarrow was magnificent that day and was the reason we didn’t make the semi-final, that’s football I suppose. When the dust settled we regrouped, had a meeting and decided to have another go especially as this year is the 50th anniversary of the Donegal League. Wouldn’t it be nice to land that trophy to the Donegal League trophy room. The Donegal League have invested heavily in creating a wonderful playing surface, as well as a great stand for the supporters, and a new clubhouse will be ready in the near future. There is a lot to be said for a good hard working committee who take actions instead of just talking about doing it. Ballyare can become the theatre of dreams.

Where will Finn Harps finish: Harps will finish above the drop zone. I would love to say they will win the league. Ollie Horgan has done a marvellous job since he took over the reins – you never know one day.

Diallo is a young footballer signed by Man United from Atlanta recently. I’ve seen him a few times on MUTV. What impresses me is that he can play in a number of positions, can read the game, has great balance and serious speed. An all-round good player. I remember when Paul Pogba first came to my attention at United, there was something special about the way he played, and I believe young Diallo has something special as well. 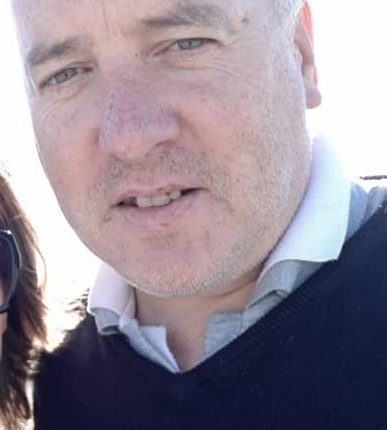 Hopes for 2021: I hope in the next few months that we can get back to playing and watching matches because it’s very important for people. I think at this stage it’s time for the likes of Letterkenny Rovers and Bonagee United to come back into the Donegal League. As long as it is fair and even, and they don’t have a much superior budget to everyone else, I think it would create so much interest. If you look at the First Division in the Donegal League next season, you’re going to have Swilly, Fanad, Rathmullan, Milford, Cranford, and Kerrykeel all in the one division. That’s going to be brilliant and there will be big games every Sunday, and that’s what football is all about for me, big local derbies and rivalries. Letterkenny Rovers and Bonagee would definitely add to that. I know there are really good people involved in the Ulster Senior League like Niall Callaghan and Jason Gibson who are doing so much to keep it going, but they are really up against it with so few teams.

Where will Finn Harps finish: I’d love for Harps to push on up the table. I don’t want to be negative but when you compare their budget and squad with other teams, that’s going to be very difficult. I think they will be in the play-off spot and Ollie will steer them to safety.

One to Watch: Eoin Logue (Institute)

If I was managing a team this year, the first man I would go looking for is Eoin Logue. I think he has been up playing with Institute and he is a terrific young player. He came up through the ranks with Swilly and he is a total footballer. He is very comfortable on the ball, can pass, and I don’t think I ever saw him make a bad decision. If he continues to develop, he could go on to play at a high level. 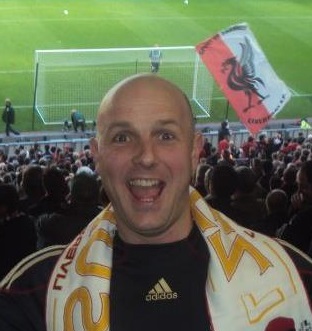 Hopes for 2021: I’m back coaching after a few years out. My old manager Danny McConnell has taken over the reins at Letterkenny Rovers so I was asked to help out and I couldn’t refuse an opportunity to work at intermediate level. I’m working along with Anthony Gorman who everyone will know is a top coach so I’m sure I’ll learn plenty from him. Danny has made some astute signings already. Re-signing Conor Tourish I think was vital to a league challenge. He’s a great organiser and leader at the backline. Some of the new signings include Ciaran Gallagher who played in goal with Harps for years and has an abundance of experience at senior level. It’s great to be working with the likes BJ Banda, Chris Malseed, Gary Merritt and Connor Gormley to mention but a few. There are also a few of the youth players coming through so it will be great to help them develop. My hopes for the team for the year includes to challenge for the USL title and of course a good run in the Intermediate Cup. What I’d like to see most is the survival of Intermediate football in Donegal. I think the powers-that-be from the Inishowen and Donegal leagues need to come together and make the survival of the USL paramount. The whole thing needs to be restructured and have your promotion/relegation to/from the USL. I totally understand reasons why some junior teams don’t want to compete at that level but I’m sure between them all they can come to some agreement. Above all, it’s important we get back to playing football in a safe manner and environment. It could be well into the summer before we get back playing competitive football so I’m sure all players and coaches will be chomping at the bit to get back on the pitch.

Where will Finn Harps finish: I think Harps will continue to improve in the LOI. Ollie is a seasoned manager at that level and knows what it takes to survive. I’m sure he will continue to make some great signings as he has done. It’s a difficult job and I wish him all the best as he is a great football man.

One to Watch: My man to watch for this year is Gareth Doherty who has signed for Rovers from Dergview. Gareth played at Rovers as a youth so he knows what the club is all about. He has everything you would want in a player including a great attitude and has fitted in well on his return. I think he will excel this year in the USL.