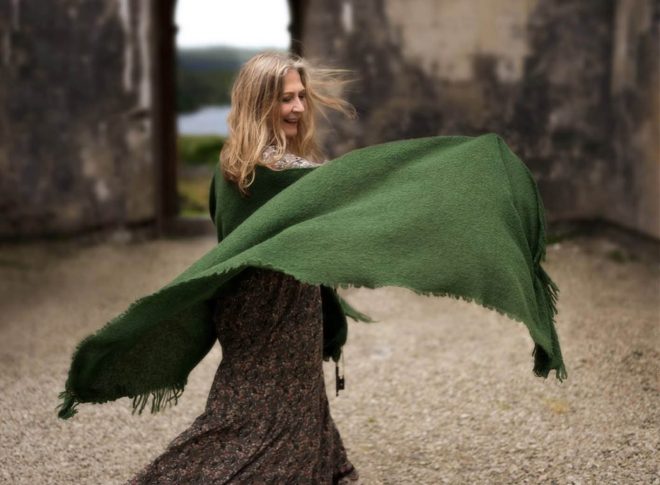 Mairéad Ní Mhaonaigh has visited all four corners of the globe over the past thirty-five years with Irish folk music band Altan.

At times, holidays back in West Donegal were less frequent than she would have liked due to a busy touring calendar.

However, since the outbreak of the pandemic last March Mairéad has spent all her time in Donegal with her daughter Nia (17) and calls to see her ninety-three-year mother Kitty every day.

“I’ve been home nearly a full year and I’m really enjoying it. We’re so lucky to be living in Donegal. Okay, there’s a 5k restriction in place at the moment but that isn’t really a restriction in most parts of the county,” she said.

On Sunday, Mairéad returns to the stage in An Grianán Theatre as part of the Letterkenny Trad Week 2021. She will be joined by guests including Manus Lunny, the Harrigan family and some members of Altan in a live stream event.

Speaking to the Donegal News this week, Mairéad said she was really looking forward to the concert which will be streamed live with part of the proceeds of the online tickets going towards Donegal Cancer Flights and Services and Donegal Hospice.

“I’m delighted to be able to help two organisations which are very important to us all here in Donegal. I’ve always been very aware of how much work these people do for a lot of families in the community and I’m only too happy to help out,” she said.

“There will be people from all over the States, Japan and Europe watching on the night and I’m delighted to say that there should be a few thousand at least,” she added.

Ironically, had Altan been playing ‘live’ in An Grianán Theatre this Sunday night audience numbers would be restricted to little more than three hundred.

“Playing live is what we all work for – to see people’s face and react to that – but this is completely different. Work has really changed this last year and to get any work at all is fantastic. Virtual is the new method for entertainment,” she said.

Mairéad has been commissioned by Director of An Grianán, Patricia McBride to compose new music for the event.

“The new piece is called ‘Ré an t-Solais’ – ‘The time of Light’ and my hope is that it will bring with it a new era after the intensity of the pandemic lockdown of 2020.

“There’s a new vaccine and with that comes hope. At the moment things don’t look great but with the coming of Spring hopefully things will take a turn for the better once more,” she said.

While Mairéad and some band members will perform live in An Grianán Theatre other parts of the show will be pre recorded.

“We’re very conscious not to have too many people in the building at the same time. We have to be extra careful as we know how contagious this awful disease can be,” she said.

Altan have a number of potential concerts pencilled for Autumn but, again, these are dependent on Covid-19.

“Gigs that had been scheduled for Spring have been rescheduled for Autumn but they’re in places like the US, Canada and Austria so we’ll see what 2021 brings,” she added.

In the meantime, Mairéad is kept busy recording fiddle lessons on her own site mairead.ie for people all over the world who are learning Donegal fiddle.

“That’s been helping to keep my mind occupied. Getting commissioned to write music is also taking up a lot of time and creative energy. It’s fantastic for me as a musician and a singer. I really enjoyed this opportunity by An Grianán Theatre,” she said.

The streamed concert Mairéad Ní Mhaonaigh and Friends, part of Letterkenny Trad Week, is on Sunday, January 24, 8pm. Tickets, priced €10, can be purchased on the An Grianán Theatre website.