Hopes for 2021: Each county has a full-time administrator and they have served the association well, but I think it’s time to cancel those contracts and come up with a Marketing Executive or a Business Executive role. I feel we can get more bang for our buck if we could bring in specialised people who could help clubs and counties get access to better coaching, facilities, and funding. The ultimate dream is for every club in Donegal to have a GDO, and we should at least start the process of looking into that. I think we should source a full-time sponsor for our development squads like Armagh have, and maybe introduce a monthly newsletter so people know exactly who is involved, and what counties they are playing, and that will bring more transparency. I also feel our underage managers need to be given more than just one year terms so that they can plan accordingly and try to impose a proper culture, and not be chopping and changing every year. There can also be a much better connection between the county and our secondary schools, and we’ve seen how the Cavan County Board have helped out St Pat’s and it has benefited both. Dublin, Kerry, Tyrone and Cavan all have full-time Athletic Development Co-Ordinators in place, and Mayo are advertising for one, so Donegal should be looking into that too. I’d like the CCC to put out a draft proposal for how they are going to run the club season and get consultation from the clubs because it is unlikely that we will be able to run an 18-game All-County League because of Covid. At underage level, we need to run championships this year, and that might be just one competition run on a league basis, but at least call it the championship. I’d also like to see championships at Under 12, Under 14, and Under 16 so those players don’t miss out with the age group upheaval. I enjoyed the streaming of games last year and think that can be developed further, and I’d also love to see a rail network introduced in the near future so we could enjoy the buzz of going to matches on the train.

I don’t think Oisin got a fair crack at it last year. He got that injury before the Cavan match and we really missed him. He probably didn’t get as much game time in the other championship matches that he would have wanted either. I have worked with him before and there is huge potential there. I think he will have a big 2021. 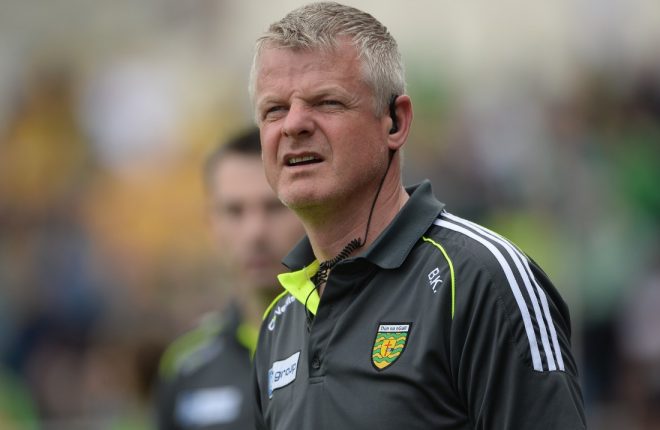 Hopes for 2021: My main hope for the coming year is that we can get crowds back into our games once again. It would be great if people could go out on a Sunday afternoon again and watch Odhran MacNiallais, and Michael Murphy, and Ryan McHugh do their business. It has been tough on people not getting to games, and having to watch at home. For a lot of people, going to matches is their life. I also hope that common sense will prevail and we will at least be able to allow players to have their families in to watch them in the county final. If the cases come down sufficiently, there’s no reason why there can’t be pods spread out all around the ground.

I was involved with the Donegal minor team in 2020 and one player that really impressed me was Cian Mulligan. He is an out-and-out defender which isn’t something we are overly blessed with here in Donegal. He likes playing corner-back and he gives everything against whoever he is marking. Now he is by no means the finished article, but he has a good attitude and is keen to learn and listen. He will be involved with MacCumhaill’s at senior level next season and they are very well organised which will help his development. 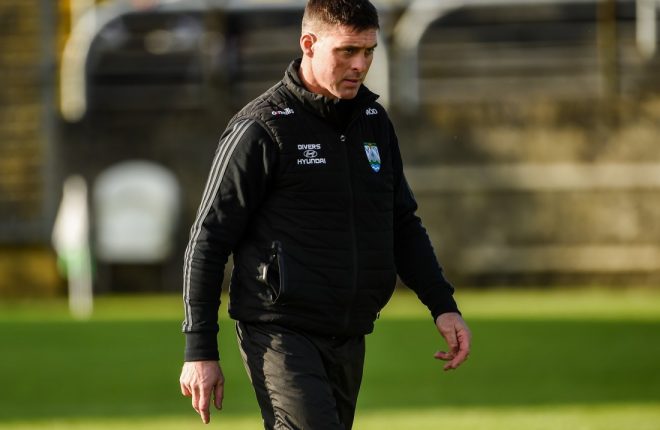 Hopes for 2021: One of my main issues when I was a manager was over turnovers in games and how it was refereed. I didn’t want to be saying it at the time as I didn’t want to be falling out with refs but it was something that frustrated me and the players. We were coaching our players to double up on opponents and try and force them to lose the ball or over-carry. Some referees would allow it but others would blow up straight away and it was just very inconsistent. Overall, I would have felt the standard of refereeing in Donegal was good enough but that’s something that definitely could be looked at. Other than that, I just hope we can get back to some sort of normality in 2021 and be able to use dressing rooms and have supporters along the fence as well. There’s still a fair bit of uncertainty there and hopefully we can get to grips with this Covid fairly quickly.

I gave Domhnall a run with the Gaoth Dobhair seniors last year and I was super impressed with how he handled it. There were boys telling me not to burn him for the reserves, but when he got in, it was like he was there ten years. He’s only going to get better. He has pace and athleticism and he is a good reader of the game as well. I would imagine he will be in with the Donegal Under 20s this year and that should bring him on as well. 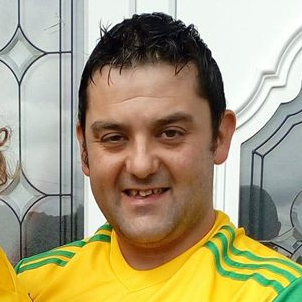 Hopes for 2021: My main concerns would be for the club scene and I just hope we can have a good run at it this year after a short season last year. With the way it’s going, it’s hard to see how they are going to be able to run off a full league programme. If that is the case, then I think they should look into running a league with just one round of fixtures, so you would play nine games with promotion and relegation, and then go into the Championship after that. There was the Regional League last year but that was a waste of time. The boys knew it meant nothing and we didn’t prepare for any of our games – we were just looking ahead to the championship. If we are being honest about it, there are only four clubs who can win the Senior Championship, so a lot of teams are looking at the league. There are teams pushing hard to get promotion and if they run the Regional League again, that will be a lot of clubs left in limbo for two years. I’d like to see a straight knock-out championship too. The smaller teams would have a better chance of going on a run if the big-hitters met and took each other out. It works well in Tyrone and other places, so there’s no harm in giving it a go.

One to Watch: Luke McGlynn (Glenfin)

Luke is only 16 but he’s a man worth keeping an eye on. He was up with the Donegal minors last year and he’s a strong lad for his age. He’s probably big enough to play seniors for Glenfin at this stage, but he will have to wait another year before he is allowed. He does have another year with the minors and hopefully he can make more progress. Good score-takers aren’t easy found.