Kieran Campbell is the new Ireland Under 20 rugby head coach.

The current Ulster Academy manager – whose father Tom hails from Front Street, Ardara – will take over the reins from Noel McNamara.

Campbell has acted as assistant to McNamara since 2018 and the pair led the Ireland youngsters to a Grand Slam in 2019.

Ireland’s 2020 Six Nations campaign began with three wins from three. However, due to the Covid-19 pandemic, the season was cancelled and the side was denied the chance to complete back-to-back Grand Slams.

Ex Ulster scrum-half Campbell won three caps for Ireland during Eddie O’Sullivan’s time as senior head coach in 2005. And he says it’s a massive honour to be taking charge of Ireland at such an important level.

“I’m delighted,” Campbell told the Donegal News. “I was fortunate enough to play for Ireland. I’ve coached the Under 19s before and that too was a great honour. To now be looking forward to the 20s, it’s very special. I’ve been lucky enough to have been part of a group managed by Noel previously that was very successful.

“Now that I’m in charge, there obviously is a real sense of responsibility and even accountability. We have to make sure we deliver performances that are reflective and representative of the U20 jersey.”

“We’re not sure yet how that format is going to be set. There is speculation that it is to be pushed back.

“We’ve a nice bit of work already done. If it is pushed back the beauty of that is it gives us even more time to comprehensively prepare for going into competition.”

Growing up in London, Campbell made regular summer trips back to Donegal with his parents. The close proximity of the family home in the middle of town to the local Ardara GAA pitch meant that being drawn to it was unavoidable.

A natural athlete and blessed with exceptional speed, Campbell transitioned easily from the oval to round O’Neill’s ball.

“I loved those days. You could wander off down to the local pitch and you’d join in. We were exposed to a fair bit of GAA growing up. And it’s something I still pay close attention to.

“We get back up there as much as we can but definitely not as much as we’d like. But to be just a few hours up the road in Belfast, you’re always excited to head back to Donegal. It’s a home from home.”

GAA sides, particularly inter-county ones, take much of their sports science lead now from the likes of rugby and Aussie Rules.

Campbell says the level that the GAA has got to in regards to strength and conditioning and even tactics is very impressive.

“Of course I’d have a keen interest in that. These guys have separate careers. There is a phenomenal demand on both their time and energy.

“I’d be very friendly with Paddy Tally who works with Down. I did some analysis with him and how we would use it. I’ve picked his brains too.

“It’s been really interesting watching Gaelic football evolve and how that culture has developed. Some people aren’t probably that happy that it has become more systematic.

“But it’s so interesting now to talk to these guys and hear about how much time they spend on coaching and conditioning the players.

“And listen, the demand and scrutiny that is now placed on GAA players and managers is the exact same as it is in professional sport.

“I’ve a huge appreciation for the GAA and I always look forward to watching the games.”

In terms of how he and his Ulster and Irish colleagues apply sports science, Campbell explains that it’s important to find the right balance.

“The likes of GPS, that has a massive impact now on how players are prepared during the week to allow them to hopefully peak at the weekend.

“In terms of stats, they place a lot more scrutiny now on how players and the standard of performance. Some don’t like it but the devil is often in the detail.

“So the feedback to the players is a lot more detailed and clear than it would have been in the past. There is no place to hide in that sense – for both players and coaches because everyone’s efforts are now scrutinised.

“It really has all been pushed to a game of inches. And that cross-pollination now in high-performance sport, understanding how different things can be used, it’s really good.

“It’s noticeable across the board in a variety of sports. There is so much influence taken from outside.”

In a week where the various New Zealand sporting bodies felt the need to release a joint statement on the alarming drop out rates there of teenagers participating, Campbell agrees that both coaches and clubs alike, in all codes, shouldn’t lose sight of the fundamental aim of sport at preliminary and underage level.

“The point in that, you certainly can have statistical overload. And that goes for adult or high-performance outfits too.

“You have to be very careful with what you share with players and indeed how you share that information. Numbers don’t tell everything.

“People have got a lot better now, particularly in the professional game, at picking out or refining exactly what they release to players.

“Because there can be negative connotations to some of it. In general now, I feel the numbers are used well. It’s mostly aimed at performance driving.

“One of the concerns, and I firmly agree with you, is when is it appropriate to engage in that and at what level? From my perspective, I’m always very conscious of how we use it with the younger kids.

“If the technical and tactical coaching on the field is going to be outweighed by pages of numbers being presented to them, then that’s no good either.

“It wouldn’t really be until you head into Academy level that those numbers would really start to be looked at in real detail. Because at that stage they are heading towards the professional game.”

He added: “At a certain age, technical development, enjoyment and refining skills should be what is most important. I still maintain, even in the professional game, enjoyment is key.

“When do individuals perform to the best of their ability – when they are enjoying what they are doing. There is always a balance to be struck.

“If we start to engage our younger people too early with the science as opposed to the game, then you’ll inevitably have people walking away. The reason we all got into sport or stuck with a certain sport is because we tried it and enjoyed it.

“The science is important – particularly in preparing the players so they are in the best possible shape at the weekend. Will it guarantee you a performance every time? No. It’ll give you an objective reflection as to where you are at.

“There is still that little bit of mystic about sport. You see things on a pitch and you wonder what delivered that? Was it tactics or was it pure innovation.

“So many things go into a team either performing or not hitting their target. The variables at play are countless.”

Finally, with such a keen interest in Gaelic football, Campbell is asked if he’d ever fancy a crack at it – helping out a senior inter-county side?

“If there were a few more hours in the day, yeah. But I think if I took on any more I’d end up divorced very quickly!

“If it makes anyone feel better I’m also one of those that spends a lot of time looking at Dublin and wondering how do you beat them.

“It’s the burden of all our lives at the moment!” 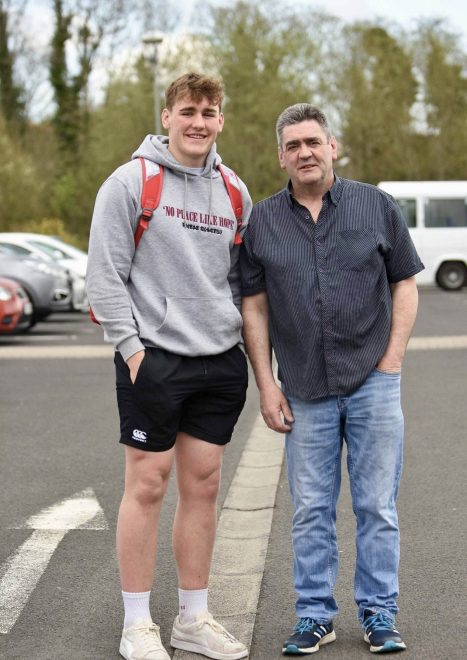 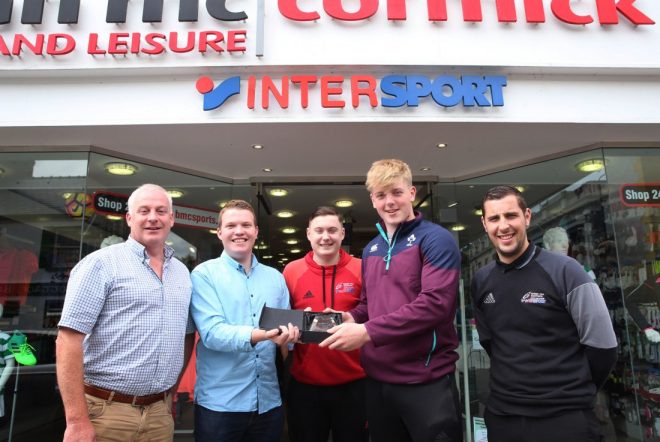 The final game of the series sees Ireland U18 Schools take on Scotland U18 in Cardiff on Sunday. 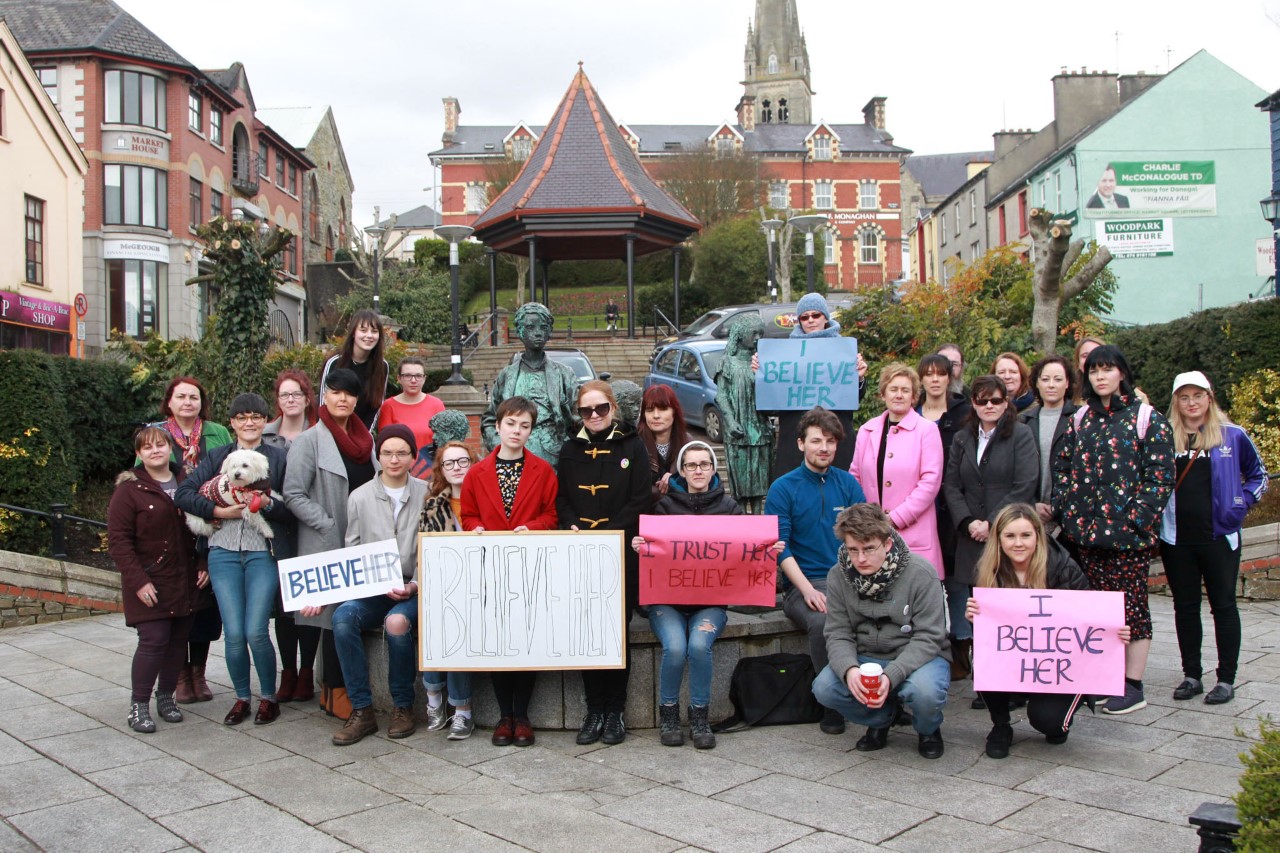 Crowds protest in wake of not guilty verdict

DOZENS of people attended a solidarity rally in Letterkenny in support of the woman at the centre of...