A group of local musicians have defied the odds to produce a poignant anthem for the festive season.

‘A Christmas Wish’ is from the pen of Letterkenny musician Joe Gibson and tells the story of how people may not be able to travel home for the Yuletide celebrations this year.

In an admirable display of determination Joe managed to pull in five fellow musicians for the track with each artist recording their contribution independent of each other.

The task of pulling it all together went to producer and recording engineer Tommy Conway.

“Tommy was the linchpin to the project. Without his experience and guidance I’m sure it would not have been possible,” Joe said.

Like many of this year’s offerings, A Christmas Wish was written while musician Joe was out of work and out of gigs due to lockdown.

“Having spent over ten years performing three and four nights a week, at first I embraced the space,” he said about the early days of the pandemic.

“But I soon found it difficult to go without getting to play for people. So for my own sanity I took to writing and recording new material.” 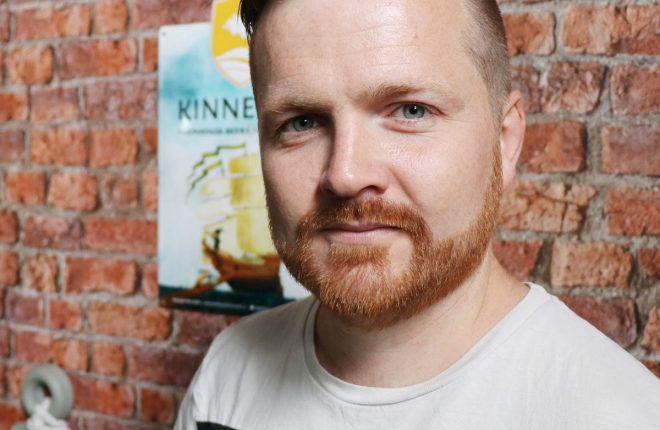 A Christmas Wish began life as a melody conjured up in August. Joe made a rough draft but left it on the shelf until November when he decided to revisit it.

“I needed a bonus track for an upcoming EP so in November I started jamming and the words just started to mould towards a Christmas theme. Then the verses changed to the point where I thought it would work as a duet.”

From there he began contacting other musicians from across the North West – Maria Doherty on piano and glockenspiel, Steven O’Carolan on accordion, bass player Kevin Monaghan and drummer Marty Grieve.

But with restrictions in place none of the artists could meet or even rehearse.

“The thing that blew me away most is that it was very last minute, lots of on-the-spot decisions. In no time at all my friends had made arrangements to record and send me the tracks I needed.”

From there it was all handed over to Tommy Conway.

“I recorded the scratch take and sent it Steven in Derry, Maria in Buncrana while myself, Elaine, Kevin and Marty all recorded in Letterkenny’s Full Tilt Studio isolated in a room on different days.”

It was a similar scenario with the video. It features footage beautifully shot on mobile phones of various Letterkenny landmarks, including the Pole Star roundabout and the Market Square.

The isolated nature in which the song and video were recorded, or had to be recorded, is very much in keeping with the spirit of the music. To hear it all coming together in the way it has is very much a metaphor for 2020, according to Joe.

“To hear all these parts come together, not knowing if they would work, it was a tense moment. But it was wonderful to experience every second of it.”

A Christmas Wish by Joe Gibson and Elaine Boyle is available on Spotify and other streaming sites today. The video got its official release on Friday.