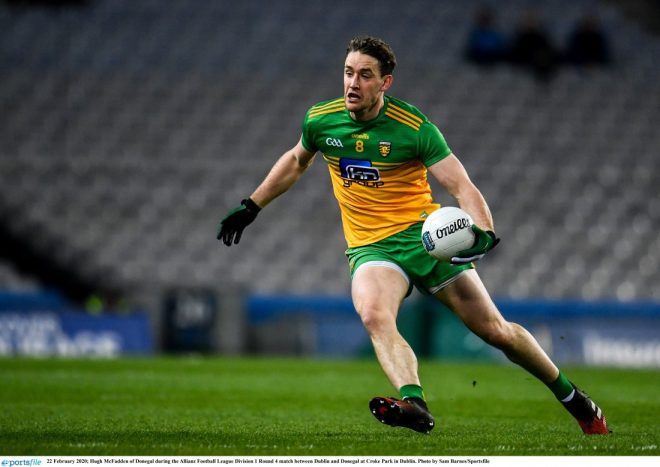 Donegal produced a scintillating performance to see off Armagh in Kingspan Breffni Park today and qualify for their third successive Ulster Final.

The game started off evenly and the sides were level at two points apiece after nine minutes.

However, Declan Bonner’s men then started to dominate and they kicked the next eight points of the game with Caolan McGonagle, Hugh McFadden and Niall O’Donnell all to the fore.

Armagh responded with a much needed free from Rian O’Neill but Donegal then struck 1-2 late in the half with the goal coming from the excellent Peadar Mogan.

Armagh kicked the first two points after the break but Ciaran Thompson cancelled that out with a brace.

Armagh did raise their game but Donegal were always in control in the second half.

Michael Murphy, Andrew McClean, Oisin Gallen and Micahel Langan all scored late on as Donegal booked their spot in next Sunday’s provincial decider.

It’s Donegal ninth appearance in the provincial decider in the past ten years.