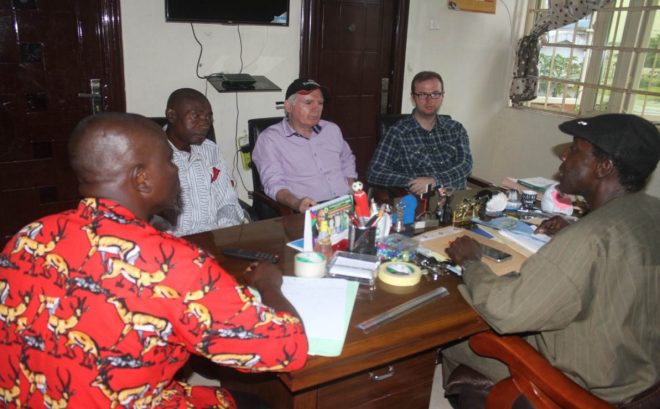 Fr. Kevin O’Hara and Sean Ferry of Misean Cara meeting with the Nigerian Director for Oil Spills and Pollution and Minister of Mineral Reserves to discuss his work with SACA.

A DONEGAL born Missionary has been recognised with the Presidential Distinguished Service Award for the Irish Abroad 2020.

The awards were conferred by Irish Minister for Foreign Affairs and Minister for Defence Simon Coveney and were given in recognition for their contributions as members of the Irish Diaspora rendering distinguished service to the nation and its reputation abroad.

Fr Kevin is well known for his activism in the area of human rights, rule of law, democracy and peace. He has been in Nigeria since 1980 when he first came into the country as a St Patrick’s Missionary Society priest.

Minister Coveney said he was delighted to have the opportunity to formally recognise the achievements of some of the finest members of our global family, our diaspora.

“The Presidential Distinguished Service Award celebrates the diversity of our global Irish family. The contribution of the Irish Abroad has been immense, and the diversity of their achievements in their many walks of life, can be seen in this year’s 14 awardees.

“Each of these individuals have made a remarkable contribution to Ireland and to our international reputation. I am deeply grateful for their service and commitment to this country. This is the ninth year the Presidential Distinguished Service Award has inscribed in history, our nation’s pride and gratitude for an extraordinary group of individuals, who have honoured Ireland,” Ministwer Coveney said.

The Human Rights and Conflict Resolution Centre is a household name in the promotion of human rights and the rule of law, and peaceful coexistence. The centre has intervened and peacefully resolved many high profile conflicts within the state, notable amongst these is the Mgbaluku-Ojiegbe crisis, which had lasted more than 97 years.
Although, Fr. Kevin now heads the St Patrick’s Missionary Society in West Africa as the District Leader, he remains a staunch defender and promoter of human rights in Nigeria. He is not new to awards as he has been given numerous recognitions for his contribution to humanity (he is a recipient of United Nations Award for ‘Waging Peace through Development”), and his most recent Humanitarian Award given in recognition of his ‘outstanding contribution to the promotion of human rights in Nigeria’, bestowed on him by CAPIO (Carmelite Prisoners’ Interest Organisation), a rights-based organisation in Enugu State in October 2017, and has a road named after him in Abakaliki, capital of Ebonyi State.

Nominations for the Award were made by members of Irish communities abroad through Ireland’s network of Diplomatic Missions. 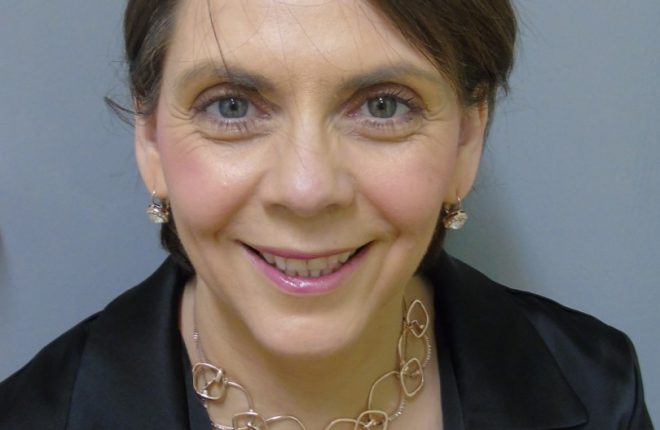