WHAT was previously believed to be a souterrain unearthed in Lifford has turned out to be a ring fort.

The Donegal News revealed recently how archaeologists were carrying out a dig at Curraghlane as part of the design process for the Trans-European Transport Network (TEN-T).

They were exploring the site of a souterrain uncovered in 2019 by a farmer during the harvesting of crops. What they have discovered though is that the souterrain is just one component of a ring fort.

“It would fit into the category of a ring fort or an early mediaeval enclosure,” said Transport Infrastructure Ireland archaeologist Orlaith Egan.

Experts say that the ring fort was probably used for housing or working. Contained within the souterrain is a beehive chamber and a passage that would have been used to store food or precious items. It may also have served as shelter in time of attack, according to Ms Egan. 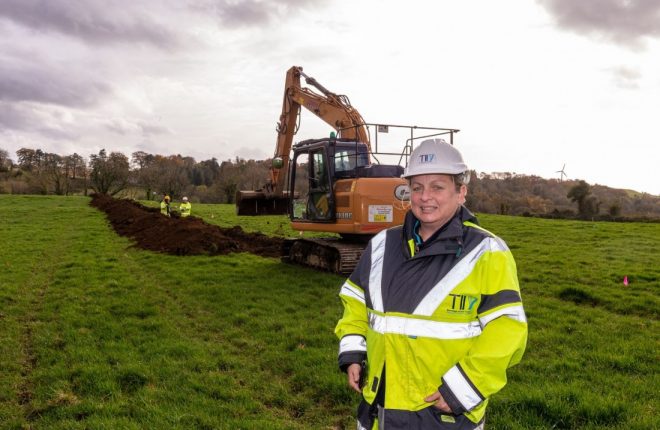 But anyone hoping to see a full excavation of the site is going to be disappointed. Archaeologists finished up on Friday and have no plans to return to it. Their findings will instead be fed back to the designers of the TEN-T infrastructure route in the hope that the ring fort can be avoided once construction begins.

Orlaith Egan said that it was always their intention to be as unintrusive as possible and that the dig was purely about fact-finding so that the site can be preserved.

“There is nothing for anyone to see,” Ms Egan said.

“Everything is back filled and the farmer will continue as normal. For anyone interested in it, it is on the national Record of Monuments and Places.”

Ms Egan added that having surveyed the land at Curraghlane, she is confident it will remain untouched as the TEN-T Project takes shape.

“Often sites may not be avoidable but I expect that we should be able to avoid this one.”