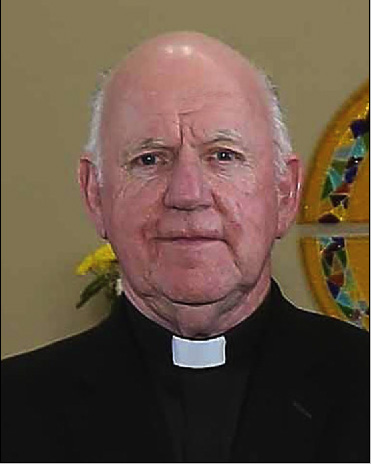 THE Bishop of Raphoe has been urged to intervene to prevent the possible sale of a former school building outside Ardara, widely used by the community.
Fr Philip Daly, CC, Kilclooney, said it was ‘financially necessary’ to put the old school building at Ballykilduff on the market. He said the for sale signs only went up after much debate and consultation with the parish Finance Committee, the local Parish Priest and the Bishop’s office in Letterkenny.
A campaign has been launched to save the building near St Conal’s Church, Kilclooney which has been used by community groups within the parish for the past twenty years.
Ms Honora Gyo and Patsy Harkin said the community viewed the decision to sell the property with ‘great regret and disappointment’.
“This facility will no longer be available as the decision to sell results in the loss of a second local property that served the people of this community. The loss of the old school building at Ballykilduff will be felt by many and regretted by many,” Mr Harkin said.
“The building has been an invaluable resource to so many people in the area over the past two decades and more,” he added.
‘Positive response’
At the end of September, local clergy published a church leaflet explaining their decision to put the old school building at Ballykilduff on the market.
Fr Daly said that he also explained the reasons behind the decision to sell to parishioners after Sunday Masses at that time, adding that he had received a positive response.
“As it stands, this building is a severe financial burden on our parish each year due to the cost of insurance, ESB and Water Rates. Indeed, the parish is still paying a substantial bill for ‘unpaid water rates’ expenses incurred over the past seven years through no fault of the parish,” Fr Daly said.
“The school was used by two different groups within the parish for the last 18 years or so. It was rented for a very small sum of €120 per year. This annual rent did not in any way cover the cost to the parish in maintaining same and the yearly expenses incurred in doing so,” he added.
Fr Daly also outlined to parishioners how parish finances through the Sunday Collection had dropped considerably over the past three years. The annual expenditure to run the parish is approximately €70,000
In 2017, the Parish No 1 account had a deposit of €22,886. The following year (2018) it was down to €10,074 and in 2019 it was €5,249. A sum of €20,000 in a deposit account was subsequently transferred into the No 1 account along with €15,000 from the No 2 account to run the parish.
As of August 8, 2020, there was €28,000 in the current No 1 account; €16,000 in the current No 2 account and €0 in the Investment account, leaving a total amount of €44,000 in parish accounts.
“This was also the situation when I came here twenty years ago and made the decision to sell the old school in Rosbeg. The proceeds helped in no small measure to maintain our parish since then,” Fr Daly said.
“The decision comes after much debate between myself, Rev Dean Austin Laverty (PP Ardara)and our Finance Committee along with the Bishop’s office in Letterkenny. It was agreed by all, that it was advisable and indeed financially necessary, from the point of view of parish finances generally, to put the old school building on the market,” he added.
‘No bills outstanding’
In reply, Ms Gyo said that while insurance for the old school building in Ballykilduff was paid for by the church, ESB bills and other rates were all taken care of by the community.
“There are no bills outstanding in relation to this building,” she added.
“On several occasions, substantial funding, community resources and grants were secured and invested to renovate and upgrade the old school building to make it for for purpose. This has significantly increased the saleable value of the property.
“Our hopes are that a dialogue could result in renewing the community use in future,” Mr Harkin said.
Henry Kee & Son, Estate Agent, said that offers in the region of €150,000 were being sought for the property.
Constructed on an elevated plot with fully wall-enclosed gardens, the property was originally built in 1933.
“In recent years, a substantial renovation project was carried out on this building.
“A few of the improvement works included a fully re-slated roof, PVC-framed double-glazed windows installed, modern electrics fitted with storage heaters throughout,” the sales brochure reads.