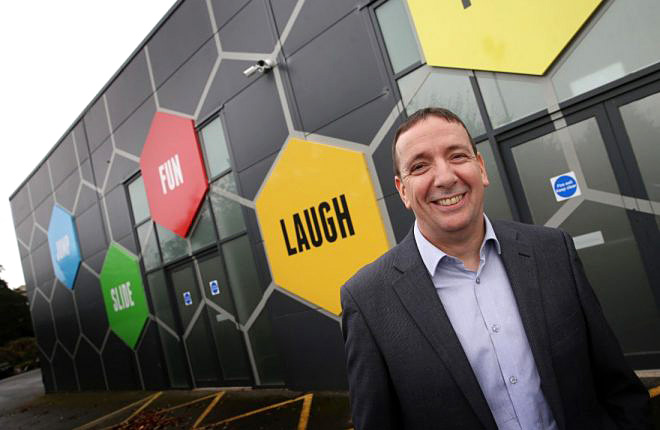 Little more than two months have passed since he managed to reopen his business – the Backstage Bar and Grill, Century Play and the cinema – after the lockdown restrictions were first eased. Now its doors are closed yet again.

“I have just locked the front door and I honestly don’t know if we will get it open again,” he sighed.

Before the three-month lockdown in March, the Century Cinema complex employed 110 people. By the end of last week, Mr Doherty had managed to get more than sixty of them back on the books.

“We’re right back to where we were in March. We can now do absolutely nothing until October 16, at the earliest, and my employees are all back on Covid-19 payments. It’s ridiculous,” he said.

Under the new guidelines, all restaurants are being moved to outdoor dining and takeaway only, while pubs that don’t serve food are to remain closed. All cultural venues, including galleries, theatres, and cinemas, are now closed.

“Business was starting to climb again. Some areas of the business were coming around quicker than others but there were signs of hope and then the rug is pulled from underneath us again,” Mr Doherty said.

All cinemas across the country have enforced a strict 50-person attendance rule per screen, with cinemas operating at reduced capacities in order to ensure social distancing guidelines are maintained. Still, Century Cinemas had seven screens back in action, albeit with limited performances.

“We were just beginning to see a line-up of films starting to come on stream again,” he said.

The best case scenario will see the complex reopen on October 16 although Mr Doherty said that it will then take customers time to feel comfortable and relaxed once more in the environment.

“It looks pretty much as if the hospitality and leisure business is bearing the brunt of these restrictions. I see now real effort to curtail various other events – like house parties and large golf outings – where it would appear that regulations are not being followed.

“Losses are raking up and it’s becoming a serious issue that we’re going to have to address property sooner rather than later. All I do know is that we can’t continue to incur the rates of losses that we are currently doing.

“Also, we now have to try and get our staff back up and ready for another opening which may or may not happen on October 16,” he said.

Mr Doherty admitted that it was hard to get motivated at this moment in time with the ongoing uncertainty.

“How can you put proper plans in place when, maybe, they’ll put the plug on us all again?” he asked.

“The amount of food that we simply couldn’t give away last Saturday morning was shocking. Due to health and safety there were only certain products that charities could take. We threw thousands of euro of food into the bin – it’s scandalous,” he said.

“We’re not the Irish Government. We don’t have a bottomless pit to keep digging into every time that we decide to close our doors. We have limited resources and we’re not getting enough help.

“Now they’re (government) talking about giving us cheap loans. Why would we want to borrow more money when we’re already in a hole? We don’t know when we are going to get the doors open again to try and pull some money back in to repay the additional loans that they suggest we take on to keep our business going.

“What we need is grant aid and support to keep us afloat while the business is closed. That will allow us to reopen again and attempt to build the business up again,” he said.

“We’re lighting candles and saying rosaries at this stage in the hope that we reopen in two weeks time as the alternative doesn’t bear thinking about,” Mr Doherty added.