Letterkenny actor Aidan O’Sullivan and Ardara native Marybeth Herron are among the cast of Follow the Dead which tells the story of four millenials in rural Ireland who stumble upon a zombie apocalypse taking place in Dublin. But in a world of fake news they have to decide whether the undead invasion is real or just something cooked up on the internet.

Follow the Dead was shot in 2017 and has been in post-production since. This weekend though a global audience will get to see director Adam William Cahill’s darkly humorous tale for the very first time.

“The film is set in Ferbane in Offaly and is sort of Shaun of the Dead meets Signs. There is a lot of comedy in there and then things get more serious,” Marybeth Herron told the Donegal News ahead of the film festival. 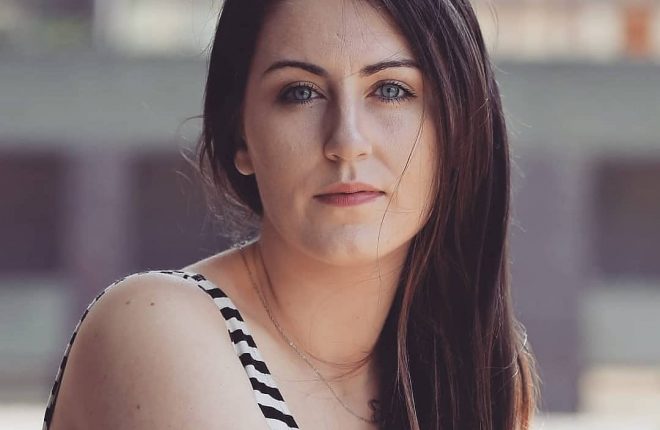 From Ardara, Marybeth previously worked with Adam Cahill on the short film, Inertia. Now based in London, the 27-year-old works for accounting firm Deloitte. In Follow the Dead she plays Liv, an unsuccessful internet celebrity wannabe.

Aidan O’Sullivan has appeared in dozens of short movies and television mini-series, among them the 2015 film Night People and in 2017’s Dirty Money. He plays the part of Garda Horan or ‘Captain Situation’ as he is nicknamed by the four main protagonists. 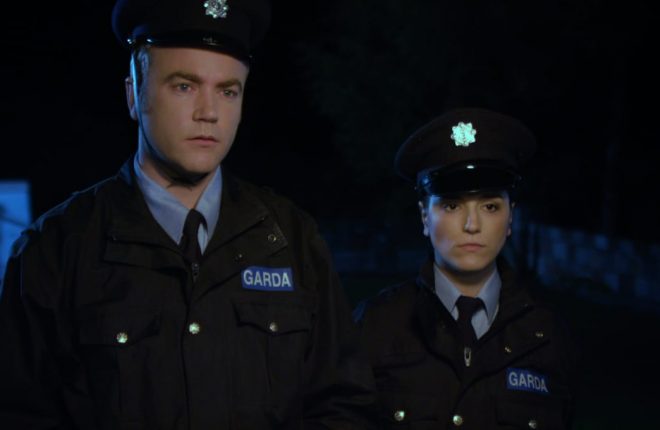 Marybeth continued, “After I graduated from Dublin City University I did a short film, Inertia, with Adam and when I moved to London in 2017 he reached out to me about Follow the Dead.

“It was filmed over three weeks in August 2017, mostly in Ferbane but with some of it shot in Dublin and in Birr. We then came back to reshoot the whole thing and it has been in post-production ever since.

The Ardara actress said that while she has had a considerable break from acting, she still hopes to pursue it as a career. Follow the Dead will be taken out on the film festival circuit and the ultimate goal is to get it on to Netflix.
And all being well, Marybeth will be back for a sequel which is already at the planning stages.

“The excitement over the film’s release has waned, wavered and come back,” says the actress.

“A lot of people know about it and are excited about it and it has been heartbreaking telling them that they will have to wait longer to see it. But now they can finally watch it and it’s exciting.”

The trailer for Follow the Dead is available to watch here: https://youtu.be/HTG9a78M6Gk

The film is €7 to rent from online.kerryfilmfestival.com/film/follow-the-dead/ but will not be available to view until 7pm tomorrow evening.