CLOUGHANEELY manager Michael Lynch doesn’t buy into the theory that you have to lose a final before you can win one.

The Falcarragh men were left disappointed last year when they lost by three points against St Naul’s in the decider.

That was a hard defeat to stomach, but Lynch points out that Aodh Ruadh were beaten the year before by Glenfin in the final, so he doesn’t think any team will be carrying any more hurt than the other this Saturday. Throw-in is at 4pm in O’Donnell Park.

“I don’t see it like that. I think it will all come down to who performs better on the day.

“Besides Aodh Ruadh were beaten in the final the year before, so the same could apply to them.

“I suppose the one help is that you are used to playing on county final day but Ballyshannon know what to expect too.

“There’s no secret that the two of us would like to get up to senior football and we think we could do well there.

“If you look at the teams that have won the Intermediate in recent years – St Naul’s, Glenfin, Milford – they have all done well at senior level, and that’s where we want to get to.”

Cloughaneely have two weeks to get ready for this year’s final which is very much in contrast with last season.

It took them until a replay to see off this week’s opponents Aodh Ruadh in the semi-final on a Wednesday night.

That was an energy zapping match both mentally and physically, and the team only had a couple of days to get ready for the final on the Sunday.

“I think it was more in the head than in the legs last year,” said Lynch.

“We actually played reasonably well in the second half against St Naul’s.

“It was the slow start that really did the damage and we didn’t get up to speed in the first half of that match at all.

“That’s not to take away from St Naul’s, who deserved their victory.

“We have two weeks to get ready this time so there won’t be any excuses to fall back on.

“Everyone should be available and we’re all looking forward to it, and we just hope it goes ahead as planned.”

Cloughaneely have yet to taste defeat in this year’s Intermediate Championship.

Their form hasn’t been spectacular but they saw off Gaeil Fhánada, Aodh Ruadh, and Naomh Brid in the group stages, while they came from four down to draw with Naomh Columba.

They ran out 0-13 to 0-9 winners against Red Hugh’s at home in the quarter-final, and while there were only two points between them and Buncrana at the end in the semi-final, they never looked like losing that match.

“We have been steady.

“We were disappointed to let our lead slip against Glen. That game was a bit erratic.

“The Ballyshannon game was a bit similar as well, but we have been happy enough with our last two games.

“Our defence really stood up against Buncrana. The full-back line were exceptional, but they got good help out the field to cut out the supply and that was important when they had ‘Jigger’ (Darach O’Connor) and John Campbell inside.”

Cloughaneely played out two enthralling matches with Aodh Ruadh in the championship last year, and there was another cracker in Fr Tierney Park in mid-August. 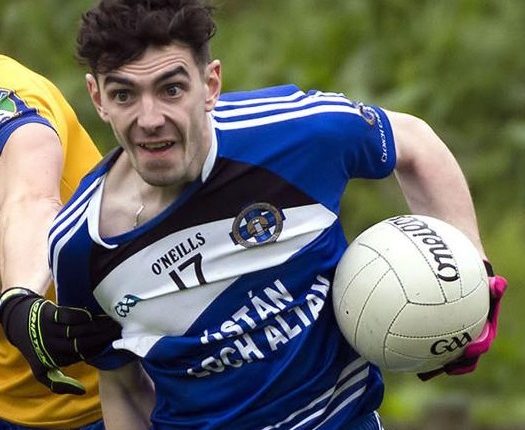 John Fitzgerald is an important player for Cloughaneely.

They have met a lot in league and championship over the last four years, and know plenty about one another.

“There is very little between us.

“They gave us one wild hammering in my first year up there when Glenea were going for the league.

“But other than that, any time we play it is usually very tight. There have been a few draws and never more than a kick of the ball between the teams.

“The sides are much the same from last year, but I suppose the big one for them is that David Dolan is back, and they have a few other different boys in as well.

“It should be a good game and there won’t be much in it either way.”

The Cloughaneely defence will have to be on form if they are to stop a talented Aodh Ruadh forward line.

“They have been putting up big scores this year.

“They have good forwards like Shane McGrath and Nathan Boyle, who were involved with the county Under 20s.

“I think Oisin Rooney has played for the county as well. But it’s not just those boys. They are all good footballers.”

The Cloughaneely club are in a healthy state at the minute, and were buoyed by their minors winning the Division 2 Northern title last week.

They have talent coming through, and Lynch would like the club to be playing senior football when their youngsters join up.

“It would be a great lift for everyone within the club.

“We are going well the whole way up from Under 14 really which is great to see.

“Our minor team did really well and we have three of those boys in our panel at the moment, and others who will be putting their hand up over the next year or two as well.

“Intermediate football is very challenging of course, but everybody wants to test themselves at senior level.”