An allocation of over €1.6 million to see social housing units in Donegal refurbished and re-let to individuals and families, struggling with homelessness or on the social housing list, has been welcomed by Minister for Agriculture, Charlie McConalogue.

“Addressing the housing issue is a key priority for this government and the money allocated will see Donegal County Council receive just over €1.6 million to help bring 107 housing units back into use in a timely manner for homeless households and families on housing waiting lists,” Minister McConalogue said.

The allocation to Donegal has been made under the 2020 Voids Stimulus Programme announced by Minister for Housing, Local Government and Heritage, Darragh O’Brien TD.

It is part of a nationwide stimulus programme of €39.8 million for 2,398 applications approved across 35 local authorities.

The Minister added that works are expected to commence immediately on the units applied for under the scheme.

“These allocations have been made on the basis of quickly bringing vacant social housing units back into use and I am delighted that Donegal has received a significant allocation as part of the programme.

I am certain that the money allocated will help bring over 100 vacant housing units in Donegal back into use in a timely manner for families on housing waiting lists and homeless households,” Minister McConalogue concluded. 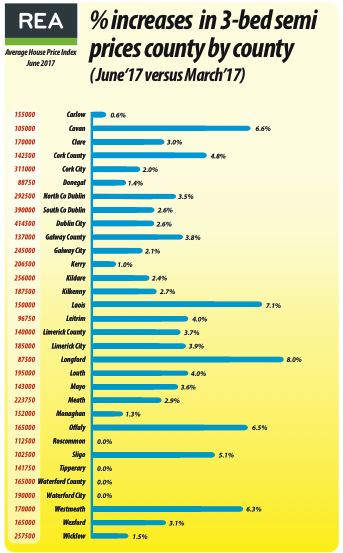 Demand for housing in Letterkenny looks set to intensify after a survey found that a third of people are...