About one hundred people gathered in the Market Square in Letterkenny on a sunny Saturday afternoon to protest against Covid-19 regulations. The protest was organised by a grouping called ‘Time for Truth Donegal’ and was addressed by well known activist Kim McMenamin of Buncrana and the former leader of Direct Democracy Ben Gilroy.
One organiser said the crowd would have been bigger but for the introduction of Level 3 restrictions at midnight.
Although the protest passed off peacefully, journalists were signalled out by a tiny but vocal minority for the wearing of masks. There was a small garda presence.
The gathering included protestors from Derry and Strabane despite an appeal from the medical authorities on both sides of the border for the public to curtail cross-border travel following the introduction of Level 3 in Donegal.
As the speakers addressed the crowd workers could be seen removing containers of food from the nearby Brewery bar and restaurant that has been closed by the new government guidelines.
The speakers attacked government policies and there was loud applause when Mr McMenamin declared: ‘There is no virus out there’. 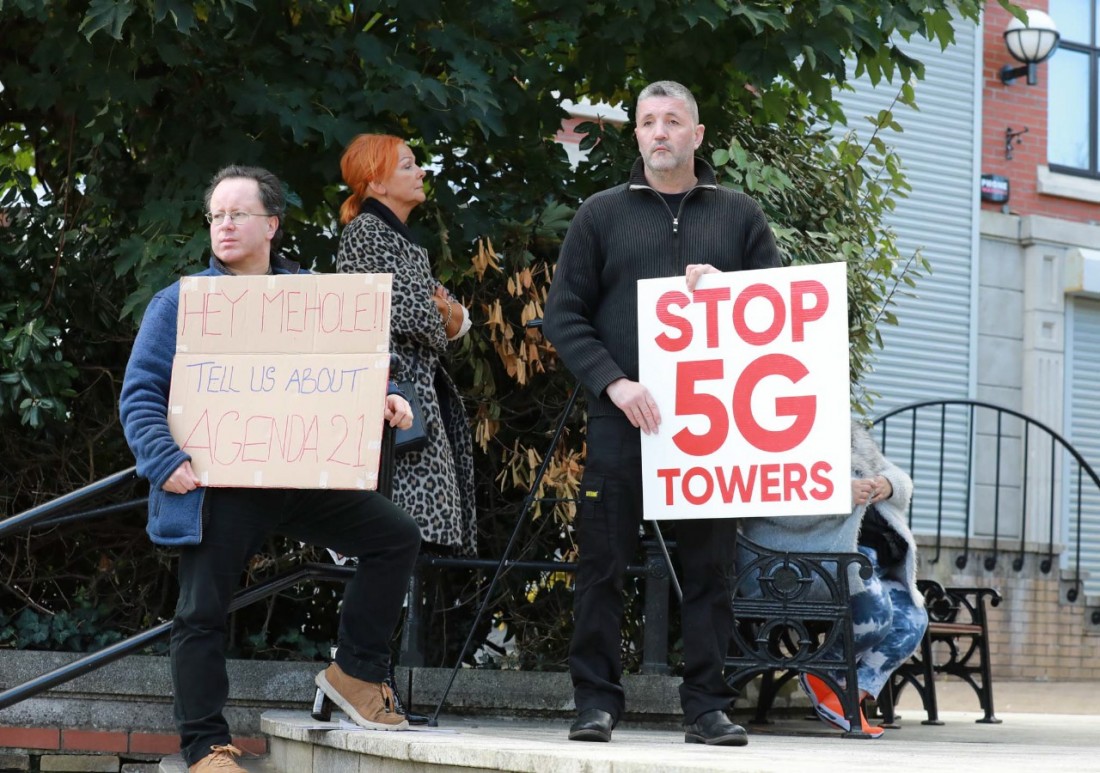 Another speaker Kieran Boyle said those opposed to Covid-19 restrictions were being censored. His YouTube channel had been removed the night before.
Mr Gilroy was critical of regulations around mask wearing, the judiciary, the media and the government. He declared himself delighted to be in Donegal because it “the county that always says no” – a reference to the frequent votes against government-supported referenda.
One man who introduced himself as ‘Robert’ read from a letter outlining their concerns. The letter was distributed among the crowd and signed copies delivered to Minister Charlie McConalogue’s office which is in the Market Square.
Afterwards Mr McMenamin said further protests may take place in Derry and Letterkenny. 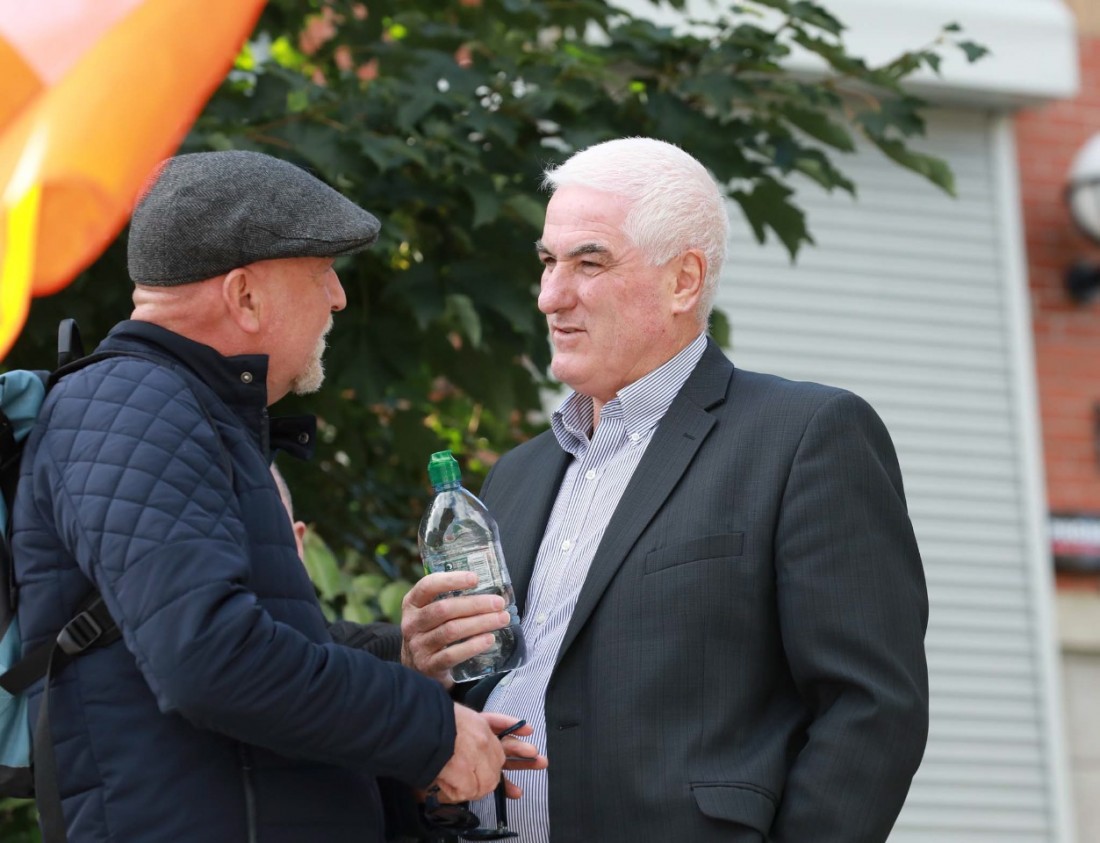