OVER 10,000 people from across Ireland and Germany tuned in to hear the Regional Cultural Centre’s ‘Twin Session’ with Letterkenny’s twin town Rudolstadt at the weekend.

The two-hour concert featured an eclectic range of musicians from both Ireland and Germany and was streamed from Letterkenny Irish Pub in the beautiful German town of Rudolstadt and Fitz Howard’s Guitar Workshop in the cathedral town of Letterkenny.

The evening was opened by Rudolstadt Mayor Jörg Reichl, who has visited Letterkenny on a number of occasions, followed by German-based musicians Tom Ziegenspeck, Leonie Lindenberg, Steve Voltz, Dan Riley, Doc Taylor and The Red Haired Girl. On this side of the Atlantic the entertainment was provided by Irish-based musicians Martin McGinley, Noel Lenaghan, Ted Ponsonby and Ruairi Friel and Declan McClafferty of In Their Thousands.

Letterkenny Irish Pub is owned by local man Karol Kerrane and his wife, the artist and musician Selana Mowat and has championed Irish music and culture in Germany at every juncture since its opening.

Regional Cultural Centre Manager Jeremy Howard said: “We’re delighted that culture has played such an integral role in the partnership of these two towns.

“The original ‘twinning’ idea grew from an exhibition by Rudolstadt-based artist Selena Mowat in the RCC back in late 2017 and both her and her husband Karol Kerrane have put a tremendous amount of work into making this partnership work. 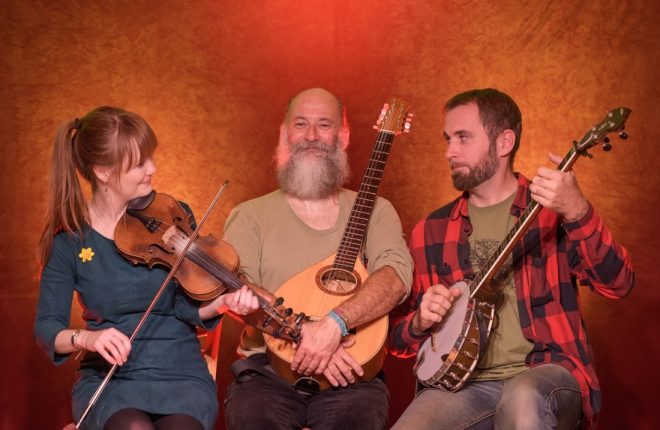 Doc Taylor and The Red Haired Girl who performed from Rudolstadt.

“The Irish government has a lot to learn from its German counterparts when it comes to valuing the role of art and culture in modern society but I think we showed that when it comes to musicianship and ‘playing tunes’; Ireland is a true superpower.”

Councillor Jimmy Kavanagh, who played an important part in the twinning of the two towns during his time as Cathaoirleach of Letterkenny Municipal District, said it has been a great success.

“Saturday again showed the strength of the developing friendship between Rudolstadt and Letterkenny,” said Councillor Kavanagh.

“The number of views is clear evidence that the twinning has caught the imagination of both communities and that there is an abundance of goodwill between the communities. 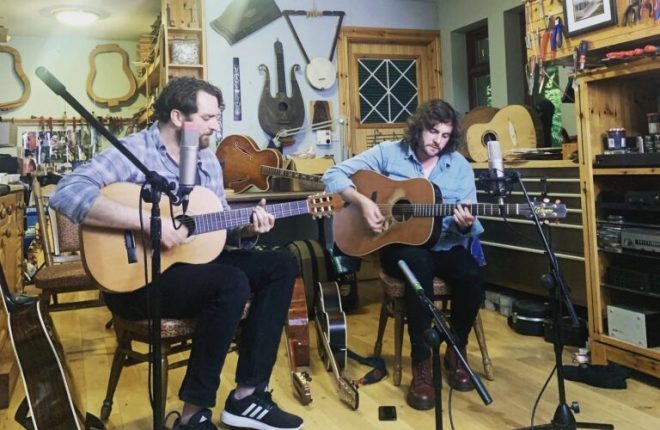 Two of the musicians who weighed in from Ireland on what was a great night of music, culture and craic.

“That is reflected in the willingness of musicians in both towns to give of their time and talent to creating a hugely enjoyable shared experience.

“We are blessed to have Karol Kerrane and Selena Mowat driving the project in Rudolstadt and they are a vital link in keeping the relationship alive and well, I have no doubt that the best is yet to come and the next few years will see many new friendships forged across many sectors, and many new projects developed to the benefit of both Letterkenny and Rudolstadt and I look forward to the council playing their part in all of that.”

If you missed out on The Twin Sessions Concert, it is still available to watch on the Regional Cultural Centre’s Facebook page.