THE troubled Herdman’s Mill site in Sion Mills could be given a new lease of life with Donegal drinks manufacturer Mulrines in negotiations to open a plant there.

Talks between the firm and mill representatives are said to be at an “advanced stage”. And if successful the expansion could lead to the creation of up to 200 jobs in the village.

Managing Director of Mulrines, Malachy Magee, said the company does not comment on any deal during the negotiation process. But according to community worker Andy Patton, if the plans do reach fruition it would be the “best news Sion Mills has had in 20 years”.

The former flax spinning mill which once employed more than a thousand staff closed down in 2004. It was bought ten years later by Margaret Loughrey, the Strabane woman who in 2013 scooped a Euromillions jackpot of more than €26 million.

Since the purchase however the site has been blighted by problems including vandalism, arson and discord over rights of way.

It is six years since Margaret Loughrey famously locked the gates and barred local cricketers from accessing their pitch. But in a statement released on Wednesday night, Sion Mills Cricket Club said it has finally reached an agreement with the mill owner. 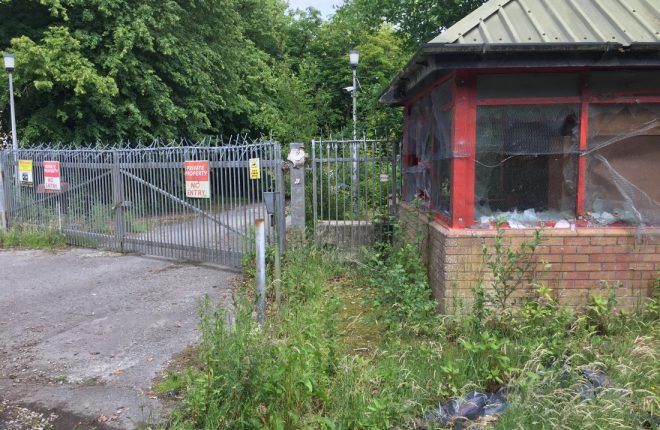 The badly dilapidated mill site could be given a makeover.

The club also revealed plans by Mulrines to expand its operations into Sion Mills.

“Sion Mills Cricket Club are delighted to announce that an agreement has been reached in principle for a long-term lease of the Holm Field Cricket Ground,” said a spokesperson.

“The club would like to thank owner Margaret Loughrey for this opportunity which will provide a safe and secure future for the grounds, club and village sporting heritage. It comes at an important time in our 156 year history as we try to grow the club once more and we are extremely grateful to her.

“We further welcome the news that Mulrines of Ballybofey are in advanced stages of negotiations which could provide upwards of 200 new jobs in the village and we would encourage the entire community to get behind them in their venture. This is a fantastic opportunity for the entire community and all generations.”

Established in Ballybofey in 1919, Mulrines has grown to be a market leader in the Irish soft drinks industry. It currently employs 160 staff across its headquarters in Ballybofey, its Mulrines Orchards operation in Kildare and at Mulrines UK in Deeside on the border between England and Wales.

Asked about the expansion plans, Mulrines Managing Director Malachy Magee said: “We do not comment on any deals the company are involved in whilst negotiations are ongoing.”

But according to community worker Andy Patton, a lot of work towards sealing the deal has already been carried out behind the scenes. Mr Patton added that if the plans do get over the line, it would be a huge boost for the village.

“It would be the best news this village has had in 20 years,” Andy Patton said.

“Sion has been devastated by unemployment since the loss of Herdman’s and people have had to move out of the village just to find work.
“Something like this would go a long way to tackling the deprivation attached to Sion Mills and it would help us retain our young people in the village. We do have problems with drink and drugs in this area and a positive development like this would go a long way towards tackling it.

“A lot of work has gone on behind the scenes, politically, among community figures and by our sporting clubs. With so much groundwork done we are all just crossing our fingers and hoping to hear good news.”