Aidan McLaughlin starred in the Ulster Senior League for many years with Bonagee United.

In recent seasons, he linked up with the Bonagee United Donegal League team while he also enjoyed a campaign with Derry City Under 21’s.

McLaughlin has come up against some top quality players over the last 15 years, and this week has picked the best 11 (3-1-4-2) he faced, with honourable mentions for Ronan Coyle, Gerry Gill, Davy Deery, and Kieran McDaid.

I played a good bit with ‘Studs’ but I also played against him when he was with Derry City. He was always very calm and a good shot-stopper. He also has two great feet and could ping a ball with either foot straight to your chest from 40 yards.

Malachy is probably best known as a centre-midfielder but he also played at the back for Cockhill and he was very hard to get the better of. He’s good in the air, and strong in the tackle, and well able to cover the ground too. 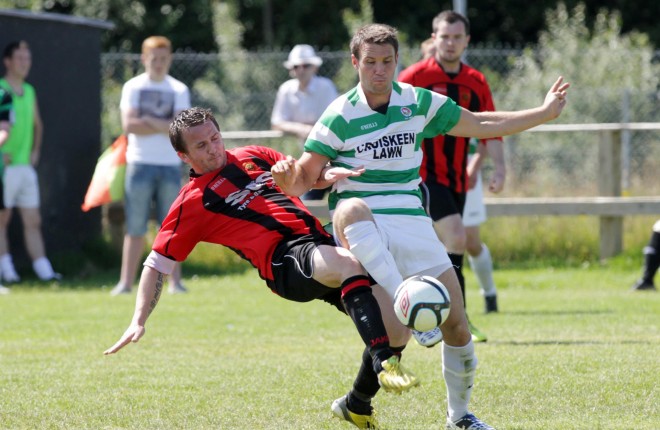 Peter never looked like he was under pressure and always seemed to have the defence organised. You could see from when he was very young that he was quality and it’s no surprise he has gone on to play at a higher level.

I used to hate the sight of big Arty on a Sunday. It was bad enough going down to Fanad to play a game without him being all over you for ninety minutes. He would contest everything and it makes sense that he’s gone on to be a good manager, because he was excellent at organising the defence.

Every time we played Kildrum, the team talk would be about getting close to McCready and not allowing him to dictate the game. That was easier said than done though because was so comfortable on the ball and could keep it even if there were two or three men snapping at him. 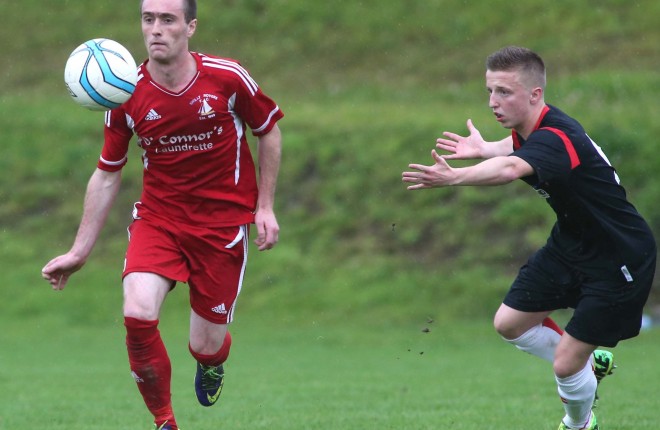 Laurence Toland in action for Swilly Rovers a few years ago

Laurence has to make this team and you could play him anywhere. He’s quick and can sprint in behind, or he can hold the ball up. He’ll run all day and for a wee man, he has a great leap. He was also able to score goals, and has scored a lot of important ones since he went to Cockhill even though he’s had no luck with injuries.

I first played against Paddy when he was with Finn Harps and they played at the opening of the new Dry Arch pitch and I couldn’t get anywhere near him. I would have played against him then when he went to Fanad and even though he was older he still had the awareness and was great on the ball. He also had this routine for throw-ins where he could buy himself a yard, come towards the thrower, then fake and take the whole place with him, and pick up a handy ball.

I first played against Barry when he was about 16 playing for Swilly and he then went on to play for Derry Reserves. He has a great left foot, and can play a short pass or a long pass. It’s no surprise the career he’s gone on to have with Derry, Cork, and now Harps. 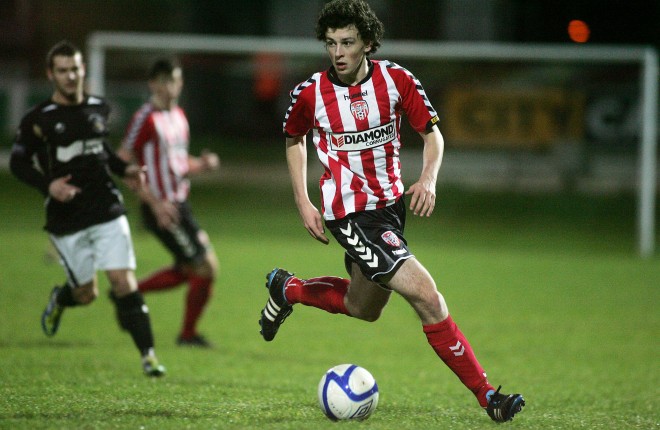 I would have played a lot of underage football against Gareth and then some adult football when he was with Fanad. We also played together for a year in Derry. He was always destined to play senior football because he had a super left foot and a great engine, and he has done very well for himself.

It was actually only this season that I played my first competitive game against Kevin McHugh. I think he is 40 now but he still stood out a mile for the way he worked the line and held the ball up, and obviously he’s a great finisher too.

I only played against Michael towards the tail end of his career but he was one of the main men for Swilly. He had a great first touch and could hold the ball up and he had a great knack of getting a few yards in the box when he looked like he was going nowhere. A class act. 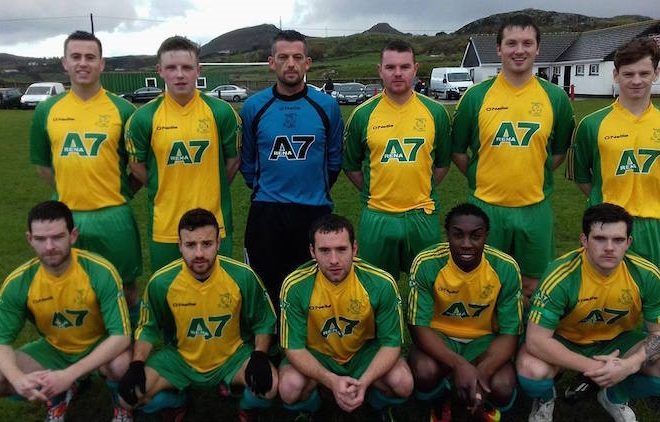