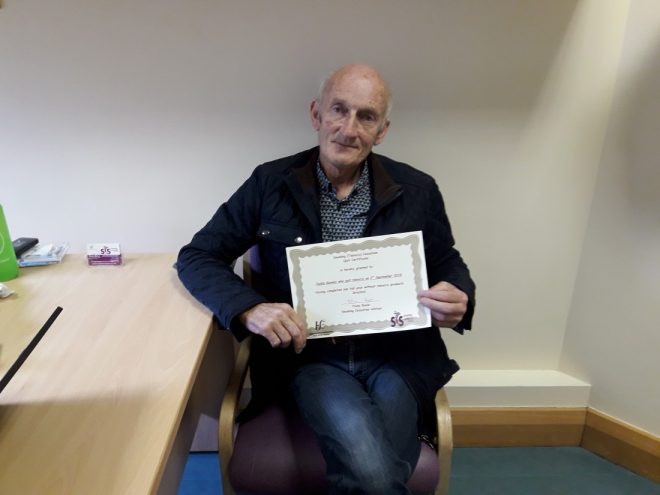 Every day Paddy Keeney goes for a 5km walk with his dog. This would have been impossible two years ago when he was still smoking as his breathing was too bad.

Paddy is 65 years old and began smoking at 22 and was a heavy smoker, smoking between 20- 40 cigarettes a day. Cigarettes were the first thing he thought about in the morning and the last thing at night. There were always emergency cigarettes and rolling tobacco in the house.

In 2007, Paddy had a serious health scare when he developed throat cancer. He managed to quit for three months at this time. But he did end up smoking again and was soon smoking more than ever.

At a check-up appointment, his consultant told him that she was going to be going on maternity leave and that she expected him to be quit when she was back. Paddy was still smoking when the consultant had her second child. At the time he thought that smoking would kill him rather than cancer.

Paddy quit alcohol 20 years ago but smoking was a more difficult addiction for Paddy to kick. He tried to quit every year. He tried lots of things – medications, hypnosis and patches but always went back on the cigarettes.

Paddy used HSE Stop Smoking Services several times. He worked with Fiona Boyle, his smoking cessation nurse.  It took a few tries to quit smoking. He remembers seeing Fiona driving past while he was crossing the road with a cigarette in his hand.

In 2018, Paddy had a mini-stroke. When he woke up, the first thing he wanted was a cigarette. Shortly after this, he met with Fiona again and told her the whole story.

They talked about what might help him this time around.  Willpower and the NRT spray helped but Paddy says that Fiona’s support and patience really made a difference

Fiona was never judgmental if he slipped up and was always there at the end of the phone and never dictated to him.  He says that with Fiona trying to stop smoking was ‘not a big deal but not a small deal either’.

In September 2019, Fiona presented Paddy with a certificate for being quit for one year. This was a great achievement to celebrate.

Paddy’s advice to anyone who wants to stop smoking is that it is never too late. Even if you tried lots of times in the past, having your mind made up to quit for good will really help. There is no magic cure but getting the right help makes all the difference.

He encourages anyone who can to find out about their local Stop Smoking Service. Don’t be afraid of failing or being judged, the service is there to help you.

If this story has inspired you and you are interested in quitting tobacco, then call Fiona on Tel: 087 2514 790 for information on any of the 13 free Smoking Cessation Clinics in Donegal or contact the QUITline on 1800 201 203 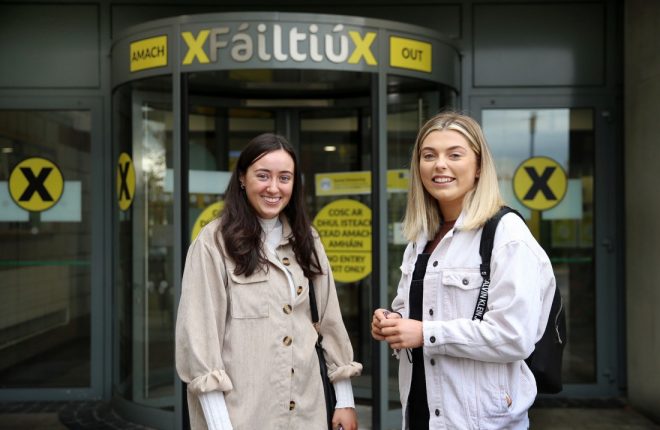 Up to eight hundred on site at Letterkenny IT 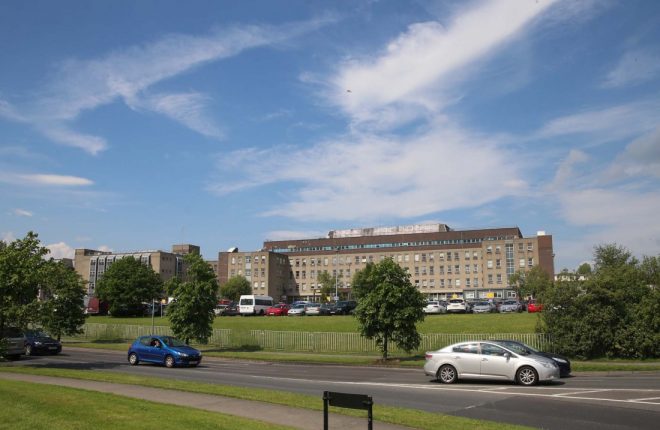