If you were throwing a party and you could invite anyone in the world, dead or alive, who would you ask around? Micheal Jackson so he can teach me how to moonwalk.

Where do you like to go out to celebrate after a big victory? The Wee Bar then head to the Empire.

What’s the worst pitch you’ve ever played on? Mundy’s Field Ballyshannon – it’s like the bog

Which character in any film are you most like? Reggie from Bad Boys

Any odd items in your kit bag? Holy Water

Who’s the biggest joker in the team you play for? Has to be Aodh ‘Scott’ McBride. Never stops

Which team mate has the best looking other half? Could get in trouble for that one so I’ll not say.

Who is the worst/best trainer? Best trainer: James Lee McBride never misses a night. Worst: his uncle Danny is the complete opposite.

Who spends most time in front of the mirror in the dressing room? Keelan McGroddy – brings the mirror with him in the gear bag.

Who’s the best/worst person to sit beside on the team bus? Best: Colin Gallagher back a few years – always had good tunes. Worst: Ultan never shuts up.

Who has the best and who has the worst diet on the team, and what does it include? Best diet: Oisin Boyce loves protein shakes. Worst: Ronan Gallagher big nutella man.

Toughest opponent you have faced? Aaron Gillooley always gets the hand in.

Best or worst quote you’ve heard, either from a manager, player, opponent? Sean Clerkin – “Boys when use go through on goal you better make sure and put the ball in the kitchen.”

One to forget? MacLarnon Cup semi-final

When you were playing in the back garden, who did you pretend to be? Cristiano Ronaldo

If you were in charge of transfers, who’d be in and who’d be out of the team? Nobody out and get Hugh McFadden in. 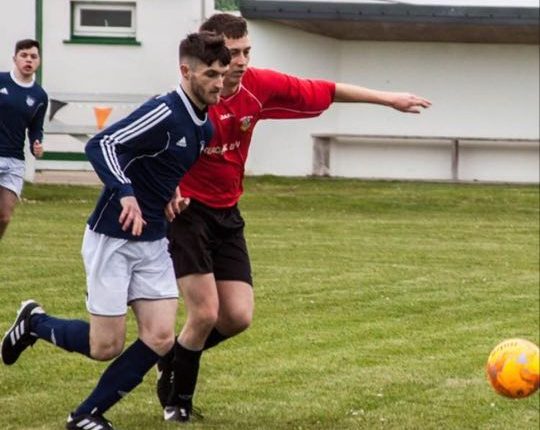