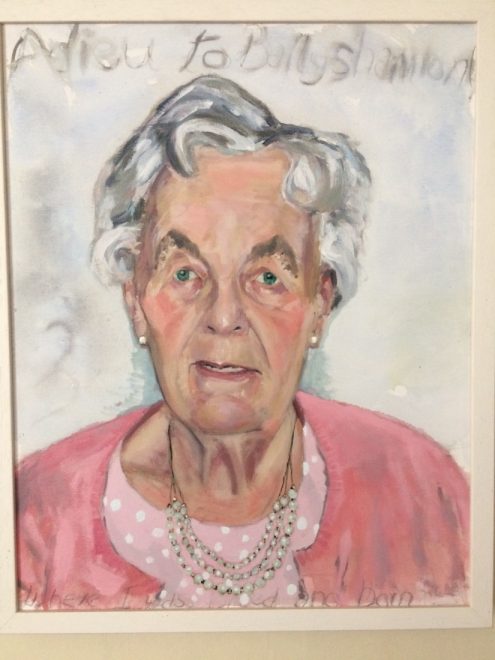 ONE of Ballyraine Road’s oldest residents, Rosemary Patterson, passed away peacefully at home on Easter Thursday.
Pre-deceased by her husband Harry, she is survived by her sons Brian (Letterkenny) and Paul (Sydney) and daughters Heather Boersme (Toronto) and June Reynolds (London).
Mrs Patterson (87), I continue to use the formal address for all my neighbours, was a kind, generous, lady who loved her garden and took great pleasure in tending her roses and mowing the lawn.
Adjacent to her house was ‘Patterson’s Field’ where ‘Ballyraine Rovers’ comprising of the Dobsons (Alan and Peter), Ramsays (Wesley and Clive), the Carrigys (Jim and Mark), the Begleys (Pat and Tim), Roy Baldrick, Brian and Paul Patterson and myself and younger brother, Johnny, honed our footballing skills in the mid to late 1970s.
It was a time when matches lasted for hours and if the ball inadvertently found its way onto Ballyraine Road you had time to retrieve it safely without jeopardising your life with speeding traffic!
Games only finished when we were all called home for dinner but not before Mrs Patterson had fed and watered us all.
Unfortunately, not too many of the football team were available for selection during her funeral on Easter Saturday as we all adhered to the national lockdown regulations.
Her son Brian and daughter June were joined by Reverend Heather and David Houlton in prayer before Mrs Patterson’s remains were removed from the Chapel of Rest, via her home along Ballyraine Road, where neighbours had gathered and kept some distance from each other to pay their respects, for burial at Gortlee Graveyard.
At the graveside, Rev Houlton read out a eulogy – penned by her children Paul and Heather who had been unable to make it home from Sydney and Toronto respectively – in celebration of their mother.
They recalled that Rosemary Patton from The Knather, Ballyshannon, was the youngest of six children. Her sisters were named after plants – Viola and her identical twin Iris.
Arriving in Letterkenny in 1955 on the Donegal Railway she remained there ever since. She worked as a secretary for the Donegal VEC and friends she made when she first arrived in Letterkenny remained friends for life – ladies like Jean Whyte and Bridie McIlroy.
“When we were children I recall that she depended on our Dad and neighbours, especially Florrie Dobson, for local gossip. Florrie would sit with her by the fire smoking, laughing heartily, filling her in on all the goings on in the town.
“She was blessed with living in a caring and generous community; with great friends and neighbours like Bridie and Anthony McGarvey; Bill and the late Bridie O’Shea, the late Hector and Bertha Moore,” the tribute read.
A very proud grandmother of seven, Mrs Patterson travelled multiple times to Toronto, Sydney and London to spend time with them. In More recent times, after heart surgery, she used technology to stay in touch on a more regular basis.
“Ma was insistent that she never be put in an old persons home. Even as her health deteriorated in recent years with the truly heroic help of Brian as well as June and her great neighbours, the McGarveys, she got her wish to remain home until the end. And for that we are very thankful indeed; 87 going on 88 is not a bad innings by any measure,” the eulogy read.
“As a deeply religious person Ma would have wanted a proper church send off with one of her favourite hymns – ‘Abide with Me’ When this pandemic is over Ma we will hold a memorial service and sing it loud for you”.
Pre-deceased by her husband Harry in 1993, she is survived by her four children Brian (Letterkenny), Paul (Sydney), Heather Boersme (Toronto), June Reynolds (London), sons-in-law Victor and Hugh, daughter-in-law Elvira, grandchildren, nieces, nephews and friends.
Rest in Peace Mrs Patterson. 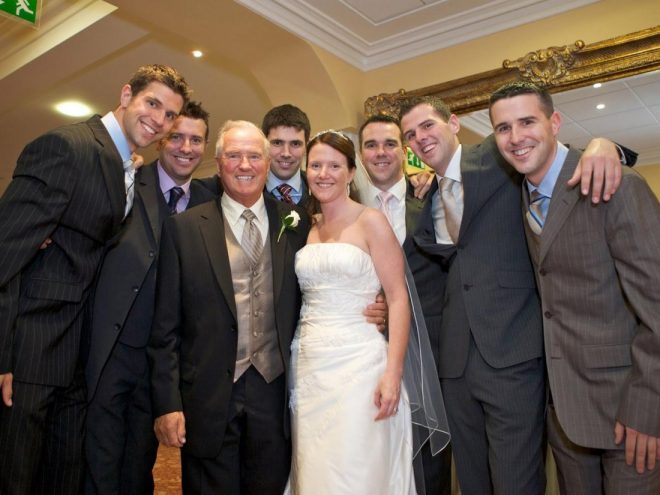 Real marathon effort from members of one Donegal family

The Dillon family will be raising money for the Irish Kidney Association, an organisation that has supported and helped...