CANDLES have been lit around the world in memory of a Carrigart pensioner who died from the coronavirus. John McGroddy (82), a retired Garda officer, passed away last Sunday after contracting the deadly infection in the Dublin nursing home where he and his wife lived. Nell McGroddy has also been diagnosed with the Covid-19 virus but is said to be “holding her own” against the illness.

The father-of-five was laid to rest on Wednesday following his funeral in Swords where he lived. Like so many who have succumbed to the coronavirus, the service was a small, private affair. But in a poignant show of solidarity, members of the McGroddy family across the world lit candles at the same time on Wednesday and placed them in the windows of their respective homes. At 7pm Irish time, candles glowed in Canada, London, Scotland and all across Ireland as the family said farewell to their much loved relative. 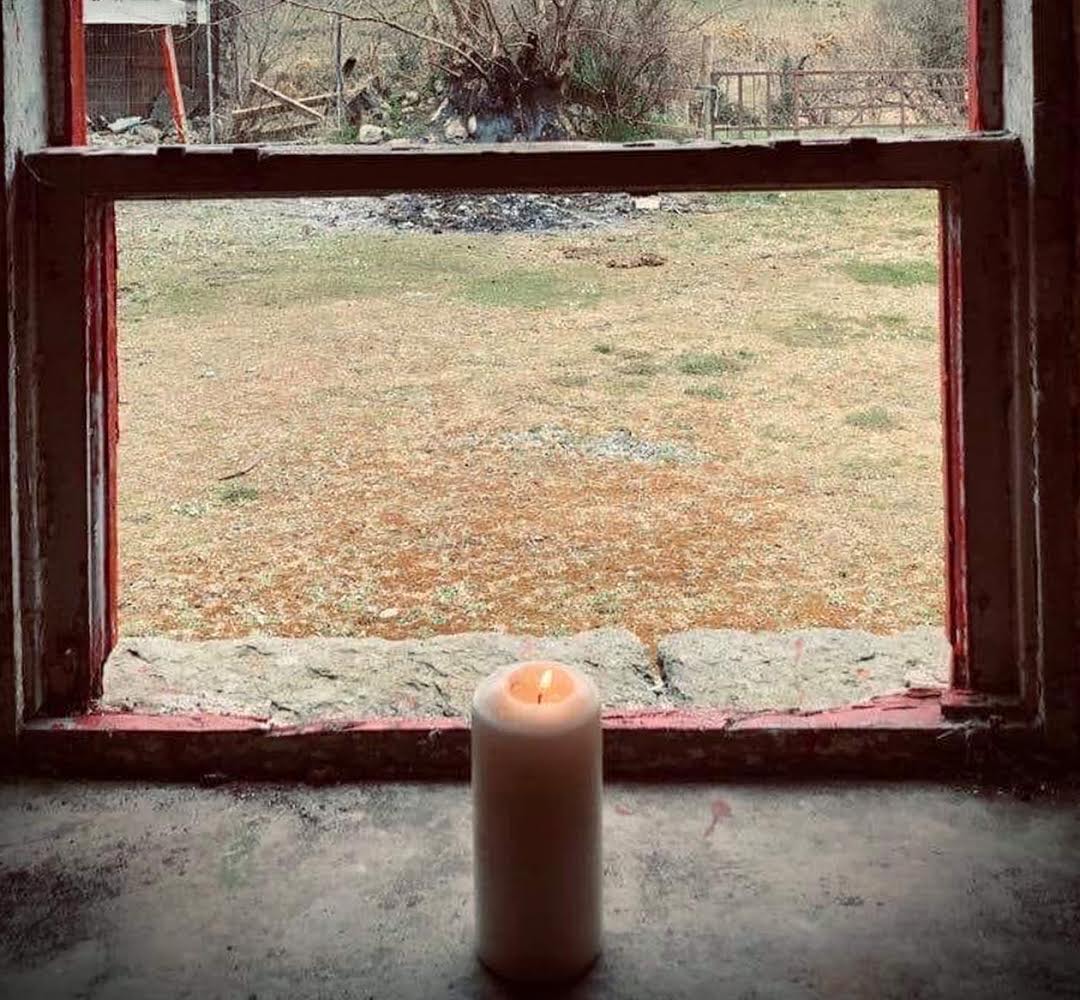 A candle lit in memory of the late John McGroddy

Mr McGroddy’s niece, Eileen McGeever who lives in Downings, said the last few days had been a struggle.

“It was tough on the family because they could not even give him a proper send off,” Ms McGeever said.
“There are five children and only ten people were allowed to attend the funeral. And even then they weren’t allowed to sit beside it each other. It was tough, it really was.”

John and Nell McGroddy tested positive for coronavirus within days of each other. The family say they apportion absolutely no blame to the nursing home and that staff there did all they could to help the elderly couple. Eileen McGeever said, “What happened was in no way the fault of the nursing home, they could have done no more.”

Eileen’s father, Michael McGroddy, is John’s only surviving brother. Eileen said the tragedy had hit her dad hard.
“He is bearing up the best he can but it’s hard because he was very close to John. He was the brother he idolised really.”
Following his funeral, John McGroddy’s remains were taken for cremation. Eileen McGeever said she hopes her uncle’s tragic death will serve as a lesson to others to adhere to the restrictions that have been put in place.

“It has brought it home just how deadly this virus is and hopefully it will wise people up to the need to wash their hands and to isolate.”
John McGroddy is survived by his wife Nell, sons Dominic, Jake and Sean, daughters Úna and Kate. Also by his brother Michael, sisters Bernadette and Winnie and much wider family circle in Donegal, Dublin and abroad.