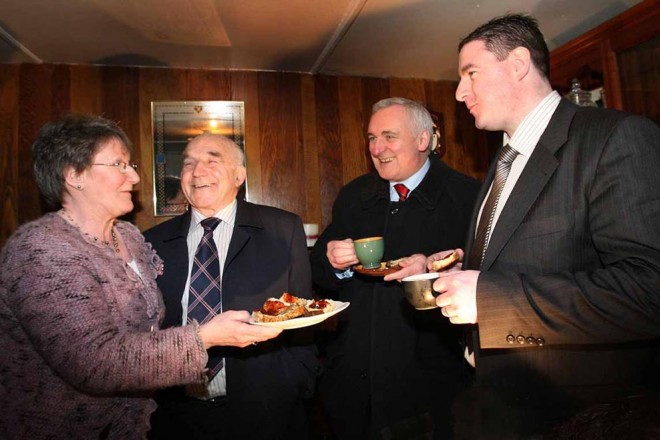 THE forthcoming Seanad Éireann elections has set two Fianna Fáil politicians on a collision course.
It follows confirmation that outgoing Senator Brian Ó Domhnaill and former TD Niall Blaney are both planning to run for the agricultural panel in the forthcoming elections to the upper house of the Oireachtas.
Senator Ó Domhnaill has been nominated from outside the party by the Irish Greyhound Owners and Breeders’ Federation while Mr Blaney is being backed by the National Association of Regional Game Councils (NARGC), which regulates game shoot bodies.
Senator Ó Domhnaill said that he was ‘puzzled’ by Mr Blaney’s decision to run against him in the Agricultural Panel – one of five vocational panels which together elect 43 of the 60 members of Séanad Éireann. The Agricultural Panel elects eleven senators.
“I’m on the road since the General Election. I’ve secured my nomination for the same panel I’ve been on these past ten years. Niall (Blaney) is on a different panel to that which he sought election back in 2016 which I find odd. The Seanad Éireann elections are difficult enough without having someone from the same party and county contesting the same panel. It’s puzzling,” Senator Ó Domhnaill said.
“I’m a member of Fianna Fáil. The only difference is that I’m outside the Parliamentary party. I’ve a great working relationship with all Fianna Fáil councillors, including those in Donegal, and I’ll be canvassing them all,” he added.
‘Tough election to predict’
Senator Ó Domhnaill was an unsuccessful candidate at the Seanad election for the Industrial and Commercial Panel in 2007, but became a senator after being nominated by the then Taoiseach Bertie Ahern in 2007. He was the Fianna Fáil candidate in the Donegal South-West by-election in 2010.
He said that it was a tough election to predict but was hopeful of holding on to his seat.
Former Fianna Fáil Deputy Niall Blaney is hoping to re-enter politics nine years after he pulled out of the 2011 general election campaign just a month before polling day.
Mr Blaney failed in his bid to be elected to the upper house in 2016 while he was also unsuccessful in a Seanad by-election in 2018. Last year he narrowly failed to secure a Fianna Fáil nomination for the European elections in the Midlands/North West constituency.
“Nothing is certain in politics and I’m hoping to learn from other campaigns. It was a tough general election for Fianna Fáil and no doubt there will be a lot of former TDs in the running. Seats will be difficult to win,” he said.
Mr Blaney will concentrate his campaign north of the Galway to Dublin line.
“I’m in Westmeath this week and I’ll be working my way up the country over the next three weeks. It’s a lonely furrow but one which I’m more than prepared to plough,” Mr Blaney said.
“I’m well aware of the lack of services and infrastructure that exists in the North West part of the country and Brexit will soon be back in the headlines once Boris Johnson reveals who he really is and what he really stands for.
“I feel that I’ve got the necessary experience to help protect businesses from the dire consequences that a no deal Brexit would bring,” Mr Blaney said.
“Senator Brian Senator Ó Domhnaill is outside the Parliamentary party and he’s running as an independent. I’m after the Fianna Fáil vote,” he added.
First elected to the Dáil as a member of Independent Fianna Fáil in 2002, Mr Blaney (46) joined Fianna Fáil in 2006 and successfully retained his seat in 2007 before pulling out of the 2011 election campaign just a month before polling day.
Seanad nominations close on Monday next at 12noon.