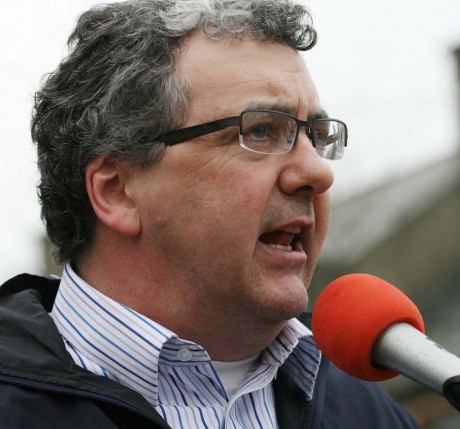 The dominant narrative from early in the count was the landslide victory for Sinn Fein, with almost one in two voters supporting Pearse Doherty and Padraig MacLochlainn. That strong surge meant that ‘normal’ election rules had to be put to one side.

Conventional wisdom tells you that if a candidate is not in the top five at the end of the first count, they have a less than ten per cent chance of taking a seat in a five-seat constituency.

It also suggests that if a candidate doesn’t have six tenths of a quota by that point they’ll struggle while if someone is under half a quota they won’t make it.

With Independent Thomas Pringle sitting on less than half (0.43) of a quota things didn’t look promising for the Killybegs based outgoing TD. Only Charlie McConalogue had made it to over the 0.6 mark with Joe McHugh and Pat The Cope Gallagher also struggling.

The true picture as to where those candidates stood only came after the 9,000 surplus votes from both Doherty and MacLochlainn had been distributed.

However, the outgoing Education Minister had a strong running mate in Cllr Martin Harley so his seat was never really in too much doubt. That left three candidates fighting it out for two seats.

All three were ‘safe’ or ‘in serious bother’ during the course of Monday’s subsequent counts depending on whose social media accounts you were following.

Many were particularly shocked to see Pringle, a man who was prominent in the campaign to Repeal the 8th amendment in 2018, pick up more than 600 votes from the transfer of Mary T Sweeney who was representing Aontu – a party diametrically opposed to Mr Pringle’s views – on the seventh count.

Those votes, coupled with another favourable transfer from John O’Donnell saw Pringle take the third seat without reaching the quota. He was joined by McHugh and McConalogue with Pat The Cope Gallagher losing out.

John Campbell, Director of elections for Thomas Pringle, said he was confident that his man was always going to be transfer friendly.

“We scrutinised Mary T Sweeney’s votes and found that they were breaking down evenly across the board. Some people asked why would you give Mary T a number one and then a number two to Thomas?

“People were not happy with the eighth amendment made that fact known by voting for Mary T but many of those same people then voted down the line for political representatives local to them, those who they respected and maybe someone who they had voted for in the past. In many cases that person was Thomas. There was also a protest vote against Fianna Fail and to a lesser extent Fine Gael.

“We noticed that trend from early in the day and when we drilled down into Mary Ts votes we saw that her votes were coming from across the county. A lot of those people held views that were very dear to them but they were also very practical as to where they wanted their number twos to go.

“The second element at play was the surge in the Sinn Fein vote. We got just over 3,000 of those surplus votes but we also knew there were five to six hundred more votes in the mix which we were watching closely and knew would eventually come back to Thomas. Many of them came back to us via Mary T and John O’Donnell.

“That’s where The Cope was missing out. He was not getting the fifth, sixth, seventh and eighth preferences in the same numbers that we were,” Mr Campbell explained.

A former County Councillor, Mr Campbell said they were confident that Thomas Pringle’s seat was safe from early on Saturday evening.

“I sent Thomas a text at 5.05pm on Saturday evening to tell him things were looking good. I passed on that same message to a number of political commentators but were blind to that fact and decided against accepting the reality on the ground.

“It was looking really bad for us for a long time but I told our supporters that it would all come good. Our tally people were counting votes much further down the line than others and we knew that Thomas was going well. He’s worked hard for the people of Donegal throughout his time as a TD and he fully deserved the vote he received,” Mr Campbell said.