Donegal’s Brendan McCole played a captain’s role on Wednesday evening, as he and DCU powered to a seven-point victory over IT Carlow in the Sigerson Cup final.
McCole (St Eunan’s), who lined out at number 3, started in the full-back line along with fellow Donegal player Conor Morrison (St Eunan’s), and they helped the Dublin Northsiders secure bragging rights on their home patch in Glasnevin.
DCU’s defence was totemic over the course of the campaign, not conceding a single goal, and both Donegal men were pivotal in the watertight nature of their rear guard.
GAA President John Horan presented skipper McCole with the fifth title for the men from North Dublin after Monaghan’s David Garland lit up the decider.
Dungloe club manMark Curran came on in the 53rd minute for DCU, while Sean Mac Cumhaill’s Nathan Gavigan was a 59th minute substitute.
DCU, managed by Paddy Christie, enjoyed a seamless passage to the title defeating the Garda College in their first game before strolling to a 7-14 to 0-9 win over Queen’s University as well as a 1-15 to 0-3 semi-final victory over cross-city rivals University College Dublin en route to the decider. 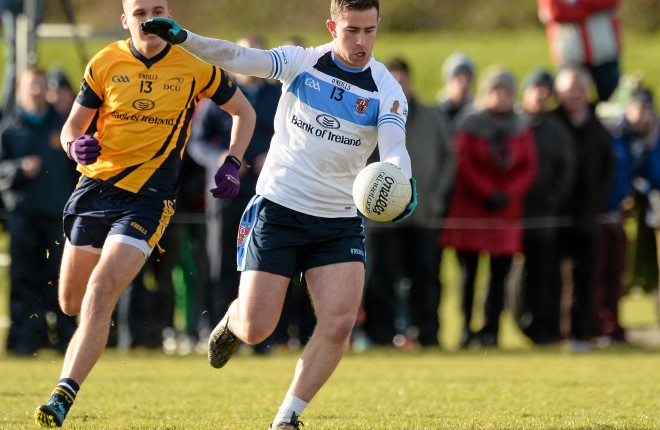 No luck for McBrearty or McHugh in Sigerson semi-final

DONEGAL stars Patrick McBrearty and Ryan McHugh will not feature in this year's Sigerson Cup Final after their Universtity... 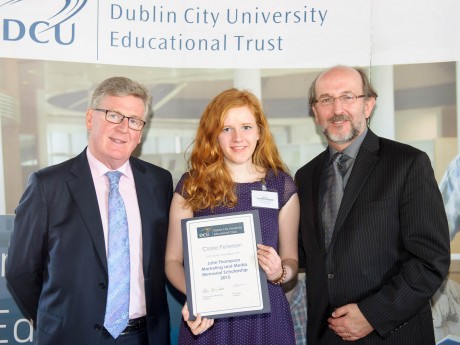 A SAINT Johnston student has been awarded the 2015 John Thompson Memorial Scholarship by Dublin City University (DCU) in... 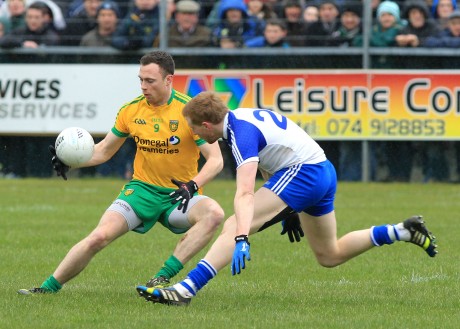 Martin McElhinney determined to hold onto midfield slot with Donegal