Advertisement
HomeHeadlinesCouple were ‘bonding’ not trespassing at rural farmyard
Advertisement
A LETTERKENNY man who was found to be trespassing on what he thought was an abandoned farm has had a charge against him dismissed when evidence was heard before the District Court. 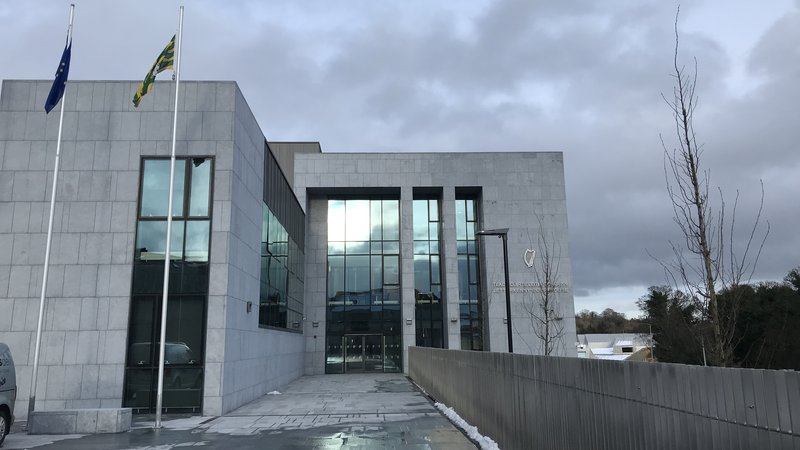 Curtis Parke of Listillion told the court that he and his girlfriend were “bonding” in the remote rural location at Milltown, outside St Johnston when they owner arrived to carry out a security check.
Judge Paul Kelly heard from David Miller who outlined that he and his brother had inherited agricultural sheds more than ten years ago.
“I routinely carry out a security check and on September 30, 2017, I went there at 5.30pm. I saw a white VW Caddy van trespassing on the property. There was a male and female in the van and the drivers door was open. I also noticed that the shed door was open and I know that it was closed when we checked the sheds that morning and the lock was secure,” Mr Miller told the court.
He said he “presumed, after putting two and two together” that Parke had broken into the shed and then called gardai who arrived a short time later.
Addressing Mr Miller, Solicitor, Mr Frank Dorrian stated: “If he and this young lady were there, having a private moment together, that doesn’t mean he’s there to commit an offence.”
The witness, however, stated: “I didn’t know the people, they had no permission to be there. The padlock was secure that morning, I was just putting two and two together.”
Garda William McConalogue from Ballybofey Garda Station said he arrived at the location shortly after 5.30pm. He cautioned Curtis Parke and asked what he had been doing there.
“He told me he had opened the shed door, looked inside but took nothing,” said Garda McConalogue who then arrested Parke for trespassing and took him to Letterkenny Garda Station.
Mr Dorrian put it Garda McConalogue that neither his client or his lady friend were at the location for “a romantic foray and not for burglarising the shed”. However, Garda McConalogue replied: “I believe that if he was being romantic with his girlfriend then he would have done so in the van and he didn’t have to open the shed.”
Under oath, Curtis Parke (22), told Judge Kelly that he thought the sheds were abandoned and stated: “They are well off the road and look abandoned, they are all overgrown.”
He added that he had got out of his van to have a cigarette and as he did so, curiosity made him open the shed door and glance inside.
“Did you intend to do any harm?,” asked Mr Dorrian. His client replied: “Absolutely not, I was just curious and I told the guard everything that happened.”
Sergeant David Durkin asked the defendant to clarify what he was doing at the location.
“Well, I don’t have a house of my own and me and my girlfriend went down there to bond for a while, you could say. I got out of the van to have a cigarette and was walking around the old abandoned mill. It was really interesting.” He also confirmed that he is no longer in that relationship.
Mr Dorrian stressed that the section of the Public Order Act under which his client was charged required proof that he was there with intent to commit an offence.
“Trespass is not illegal. He must be there with criminal intention and there is no evidence or admissions to anything other than the fact he was having a cigarette. Curiosity is not an offence.”
Having heard the evidence Judge Kelly said the prosecution must fail because the evidence heard is consistent with the reasons given by Mr Parke as to why he was there.
He added: “If he was bonding with his girlfriend then it would have been prudent to check that there was nobody in the shed. There is no evidence to connect him with the broken lock so I must dismiss the charge.”