AN artist who was repeatedly turned down for a mortgage is settling into the derelict Donegal cottage he has turned into his new home.

Ciaran Dunlevy decided to refurbish the ramshackle building after being told that because of his profession, he was unlikely ever to secure a loan to buy a house.

Fed up by the constant knock-backs, the Louth man took the advice of his father, Dessie Dunlevey from Letterbarrow near Donegal Town. He told him he should consider renovating the old cottage which sits at the foot of the Bluestacks.

Ciaran began building mid-2019 and quickly attracted the support of the local community. Following months of living in a caravan adjacent to the cottage, the 38-year-old has just moved into his new home. Stage by stage he has turned the property into an environmentally-friendly dwelling, powered by solar and water power.

“I did artwork for various banks and Credit Unions but when I began asking about a mortgage I was told no chance, don’t even bother asking. What are creative people like artists, musicians and poets supposed to do,” said the Drogheda native. 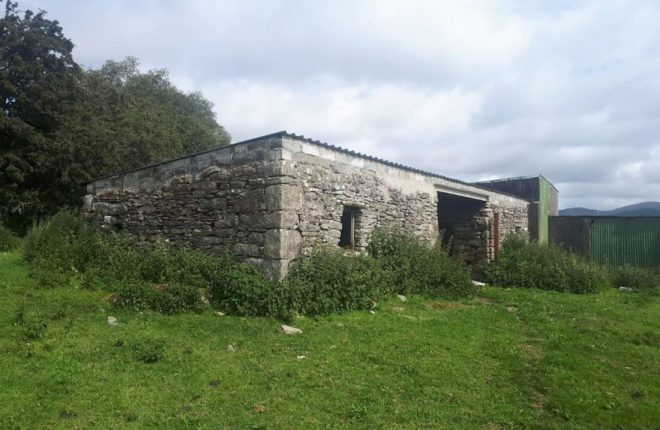 Following the conversation with his father, Ciaran turned to a businessman friend for advice about resurrecting the rundown cottage. He told him the best way was to keep it simple.

“My mate said that when he was building his house he got himself a mobile home, lived in it and went at the work every day. And that’s what I did, I got myself a little caravan. I started work in May and the response from the local community was unbelievable. People started coming down and helping out, it created a real community buzz.”

What Ciaran has created is a home straight out of 19th century Ireland – complete with stone floor, stove and tilly lamps.

“It’s a bit surreal and I’m pinching myself some days to make sure it’s real,” he said. 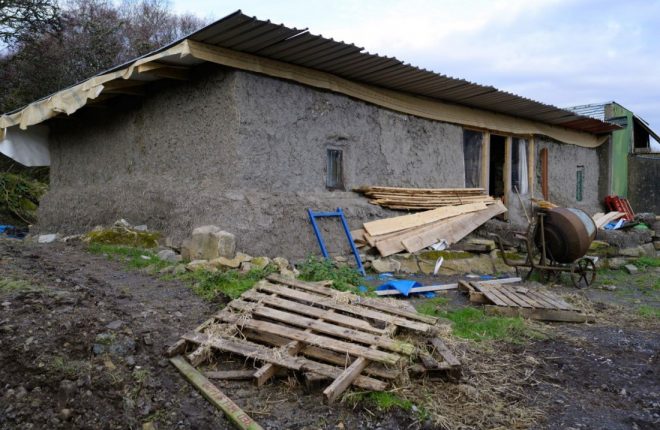 Building under way with the help of the Donegal community.

There is still work to be done and the next step will be to incorporate a shower, again heated by solar panels.

Ciaran Dunlevy is the man behind the artwork that adorns the well known Rusty Mackeral pub. And since moving to Donegal he has been approached about offering art lessons. He hopes to add a studio to his new home and begin running classes. At the moment though the only company he has is his dog Prince.

“Prince is one of the best things about it. You have good days and bad days and if you are having a bad day you can always come home and give Prince a cuddle. 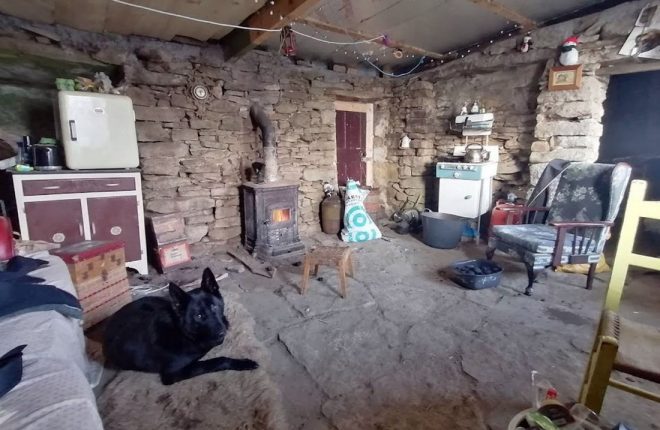 And inside Ciaran’s little corner of heaven. And Prince’s too of course.

“It’s been an amazing project and I would love to see more people doing it, using these cottages and the old traditional methods.

“Donegal itself, it is a really special place and I think more and more people are starting to realise that it is the biggest gem in the country.” 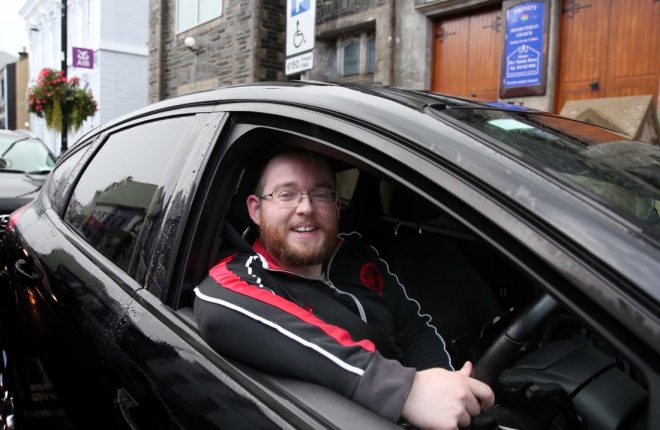