TERMON minor manager Trevor Alcorn is hoping that his ‘serious outfit’ can create history on New Year’s Day by defeating Lavey in Belfast and win the Ulster Minor Football Tournament.

The Burn Road side have been in wonderful form in the prestigious tournament and they defeated Silverbridge, Emyvale and Kilcoo to become only the second Donegal team to reach the decider in 15 years.

The Ulster Minor Club Football Tournament has not been a particularly happy hunting ground for Donegal teams as only Killybegs in 1984 and 1985, as well as Aodh Ruadh in 1992 have ever come home with the Jim McConville Cup.

Termon are no strangers to Ulster Finals with their very successful ladies teams, but they have never got anywhere near this stage with their minor boys side before, and team manager Trevor Alcorn would be a proud man if they could land the silverware on Wednesday (throw-in, 1pm).

“There’s no words for what it would mean for the club.

“There’s no words for what it would mean for the county as well because since we have been in this competition, we have been getting messages from the likes of St Eunan’s, who got to an Ulster semi-final here.

“Ballyshannon in 1992 were a team that won an Ulster Final. There are very few teams (from Donegal) that have got to this level and that makes us appreciate it as well.

“At the start, it was ok Termon got over a Preliminary Round game. Fair play to them well done.

“It was the same in the quarter-final, and then people started to row in behind and say there is something about this team.

It’s been a busy few weeks for the Termon team but Alcorn is hopeful that all his charges will be fit to take on Lavey in the decider.

Jamie Grant did get a knock late on in the victory over Kilcoo, but his manager expects the in-form full-back to make a full recovery.

“Jamie got a knock and we are probably going to feel the effects.

“They have had a long time to prepare for this final. They were sitting at home and had their Christmas dinner, and they could relax (on St Stephen’s Day).

“We have a short space of time to recover, and it’s very tough on the legs – the hamstrings and quads.

“Marty Steele felt the effects just because he was working as a butcher, and he says he’s killed going up and down steps for the last few days.

“Jamie did get a heavy knock, but if you ask him if he’s alright, he says ‘I’m good, I’m good’ and he just wants to be out there.

“I don’t think they’d tell me if there was something wrong with them because this opportunity is unbelievable.” 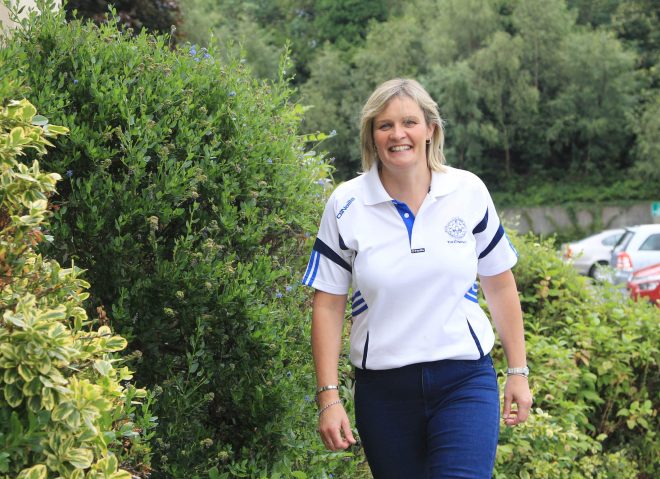 Donegal ladies first captain remembers when it all began

Mary Gordon was a natural-born leader and the obvious choice to captain the Donegal team to take the field...