THE sentences being handed down to Donegal’s drug pushers have been branded an “absolute joke”.

A meeting of the Joint Policing Committee has heard that the number of detections for drug possession and supply have risen dramatically in the county in the past 12 months.

In 2018 a total of 186 arrests were made for possession of an illegal substance. That has risen to 289 arrests this year.

In terms of sale/supply, there were 30 arrests made last year. That has shot up to 50 this year.

Councillor Michael McBride described the upward trend as worrying and said it was time for the Court Service to crack down on anyone caught dealing drugs in Donegal.

Councillor McBride said, “It is unbelievable how in this last year the drug problem has got rooted into small towns and villages in this county. It has really opened my eyes how things have exploded.

“Everyone in this room, I can guarantee there is someone within a mile of you dealing drugs. Talk to any publican and they will tell you the problems they are experiencing, having to follow people into toilets for fear they are bringing drugs on to the premises.

“But the point I would make is pick up the paper and read it. It is an absolute joke the penalties that are being handed out to people selling drugs in our communities. Fines of €200? There is that much money in it that two deals and they are back in business. 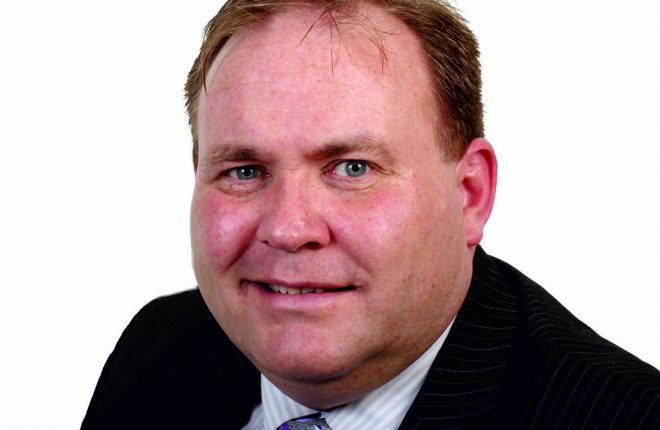 Councillor Michael McBride has branded the sentences handed down to Donegal’s drug pushers “an absolute joke”.

“If we are serious about tackling the drug problem in Donegal then we have to start working with the Court Service and get them to lay down sentences that fit the crimes. At the minute it is an absolute disgrace,” Councillor McBride added.

“Years ago you might have got drugs at a late night disco. Now it is every corner of every pub in every village.

“I’m in the hospitality business, I see it and unless we start to take control of it, it is going to be a serious problem going forward. I don’t want to scaremonger but from what I see on a weekly basis this is already a serious issue and I believe what we need is more Garda manpower.”

Councillor Michael McClafferty raised the possibility of a dedicated sniffer dog for Donegal.

Chief Superintendent Terry McGinn said that while the county does not have a dog of its own, one is available on request.

The call for a drug dog was supported by former Garda officer and JPC member James Trearty who said he saw “great merit” in it.

Chief Superintendent McGinn said drugs was an issue for everyone, not just An Garda Síochána.

“It’s everywhere, it’s not just the back streets, it is in middle class society, in homes where you have people abusing prescription medication. As elected representatives and as a group, we need to make this a top priority going forward because it is one of the big ones.”