A LEADING air pollution expert has said Donegal County Council is not doing their job in enforcing the smoky coal ban in Letterkenny following the publication of graphs showing the town had the highest levels of pollution in the country during the month of November.

Speaking to the Donegal News this week, Professor John Sodeau, Director of the Centre for Research into Atmospheric Chemistry at University College Cork, said there is no explanation for the high levels of sulphur dioxide and fine particulate matter other than smoky coal is being used. A graph published by the Environmental Protection Agency, from the monitoring station in Letterkenny, shows that levels of particulate matter, which comes from the domestic burning of solid fuels, was off the charts.

“When you get large peaks in particular with sulphur dioxide and fine particles the culprit is most certainly smoky coal,” said Prof Sodeau. 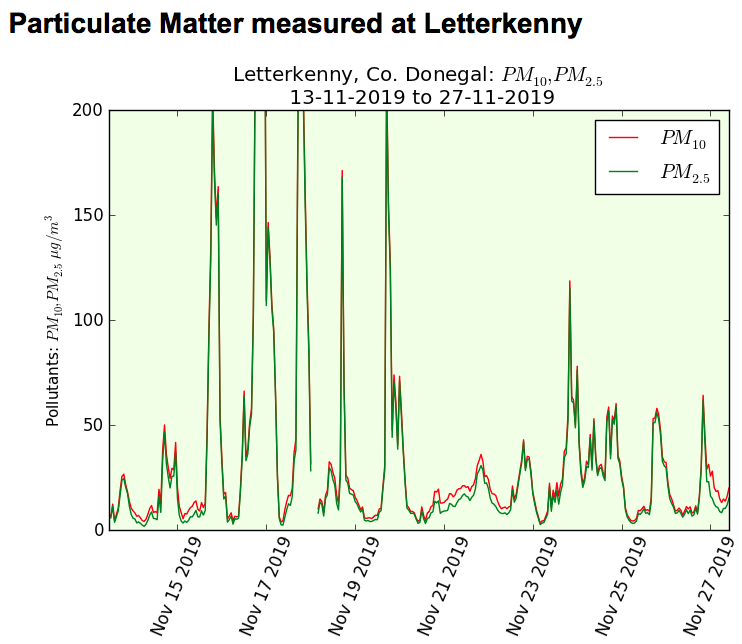 The graph relates to two types of fine particles, PM2.5 and PM10, and shows levels of over 200 micrograms per cubic metre when the recommended annual mean limit set by the World Health Organisation for PM2.5 is just 10 micrograms per cubic metre. Prof Sodeau said the Council needs to crack down on both those selling smoky coal and those using it. He is also calling for the rollout of an educational programme for householders explaining the dangers of high levels of these pollutants, which includes increased admissions to hospital for cardiac problems and asthma.

“It is illegal to sell smoky coal in the zone and it is also illegal to burn it. It appears it is not being enforced and if the council can’t do it and if that is the case, why bother with the law?” 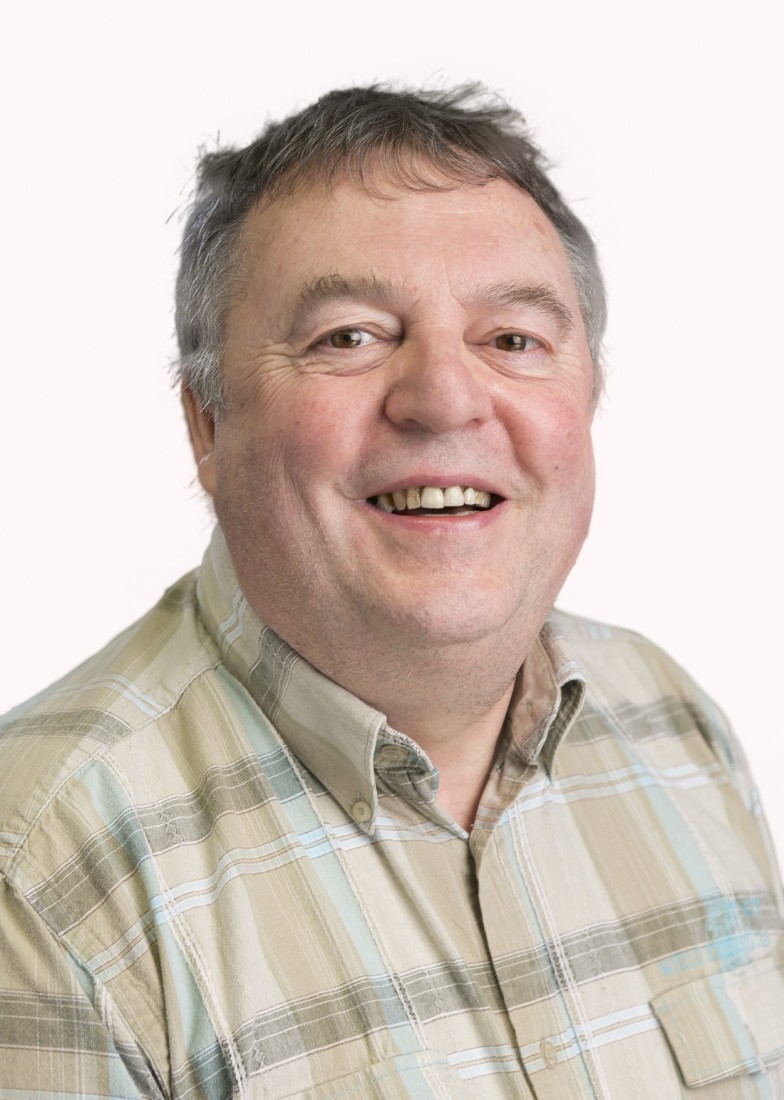 Professor John Sodeau, Director of the Centre for Research into Atmospheric Chemistry at University College Cork

Prof Sodeau said either merchants in Letterkenny are selling smoky coal, householders are going outside the zone to buy it or may be buying it over the border. He said what is really needed to enforce the ban properly is for the ban to be rolled out nationwide. He also said reminders need be issued weekly by Donegal County Council during the winter months that it is illegal to burn smoky coal. As well as Letterkenny, Ennis also produced high levels of emissions over the last month. Pollution levels from town to town can change on different evenings depending upon weather.

In response to Prof Sodeau’s comments Donegal County Council said it is concerned with the deterioration of air quality in Letterkenny.

A spokesperson said: “Donegal County Council is concerned with the deterioration with air quality that is apparent particularly at weekends since the beginning of October from normally excellent levels of air quality.
“The Council is working with other stakeholders to ensure that targeted enforcement and awareness actions deliver improved air quality for Letterkenny. Our enforcement staff have been visiting retail outlets, merchants and dealing with complaints from members of the public.

“Some 49 visits to retailers have taken place in both February and November of this year. Out of hours patrols have been carried out focusing on delivery lorries, with a particular emphasis on suppliers in unmarked vehicles, (so called “bell men”), coming in from areas beyond the ban area.“

They concluded: “The public are encouraged to report if they know of or see anyone selling or distributing Smoky Coal in the Letterkenny area.”