A new documentary is to examine how the Tory Island community is fighting to preserve its unique way of life.

Toraigh: Creag Bheag i Lár na Farraige, which airs tomorrow night, reveals how it is more than just the sea that can separate island life from the mainland.

Tory Island is a unique location, a few hundred strong Irish speaking community on Ireland’s most remote inhabited island. Tory has a tradition of electing a king, and this role has been filled for almost 25 years by Patsy Dan Rodgers. Diagnosed with cancer as filming begins, Patsy reflects on the islanders’ efforts to secure their unique way of living.

For a period in the 1980s it was state policy to evacuate the island and they fought hard to retain the right to remain, to obtain improved facilities, and preserve the island way of life. In recent years, island life has again become precarious. There are few jobs to be had and EU imposed restrictions have put an end to a centuries long salmon fishing tradition on Tory and other islands.

Two of the film’s main characters are Liam and his girlfriend Lauren. He wants to earn a living fishing, more than anything. His parents evacuated from the island in the 70s, but he wants to return, and live on Tory with Lauren. She wants to live and work on the island too, after finishing her training as a teacher. But island life is uncertain, and studying on the mainland makes life very difficult.

A second character is Marjorie – who manages the community co-operative. She works tirelessly, lobbying for new resources and facilities to make island life easier. She has a lot of things to do. On top of day to day issues, the Tory Island ferry contract comes up for renewal – it’s their daily link to the mainland, across nine miles of the Atlantic, their umbilical cord from the island to the Donegal coast. There are periods in the winter when the ferry can’t cross for weeks on end – so this is a real issue in terms of food, healthcare and heating.

Marjorie and her island committee wanted an input into who would get the new ferry contract, and feel neglected when they are excluded from the process. When the new contract is announced, it involves a much older boat than the existing ferry, and the islanders are very upset – they feel they have been ignored, not for the first time, and they also worry that their safety may have been compromised. They decide to fight the decision, and start a campaign to reverse it, with Majorie and others at the helm. 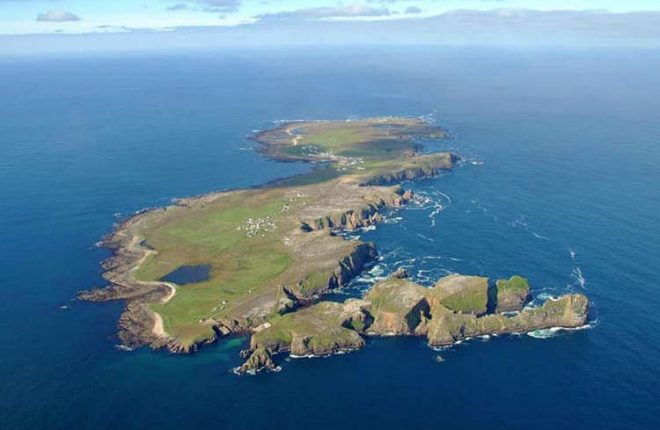 While the island is united in opposition to the new ferry service, how best to respond gradually causes a deep split in the small island community. Some islanders want to resist, and block the new ferry from landing. Others counsel caution, and compromise, and community meetings become hot and heavy. Old divisions from the past re-emerge, and through it all we see Patsy’s health decline, as the spirit of the island deteriorates.

Patsy dies quite suddenly while on the mainland for treatment. His funeral is large, and focuses national attention on the island once more – but the division on the island remains hidden from view, as Tory faces into an uncertain future. This island community feels isolated and vulnerable, and very distant from the decision makers in Dublin.

How can this community, on the very margins of Ireland and Europe, preserve their unique way of life, with or without a king?